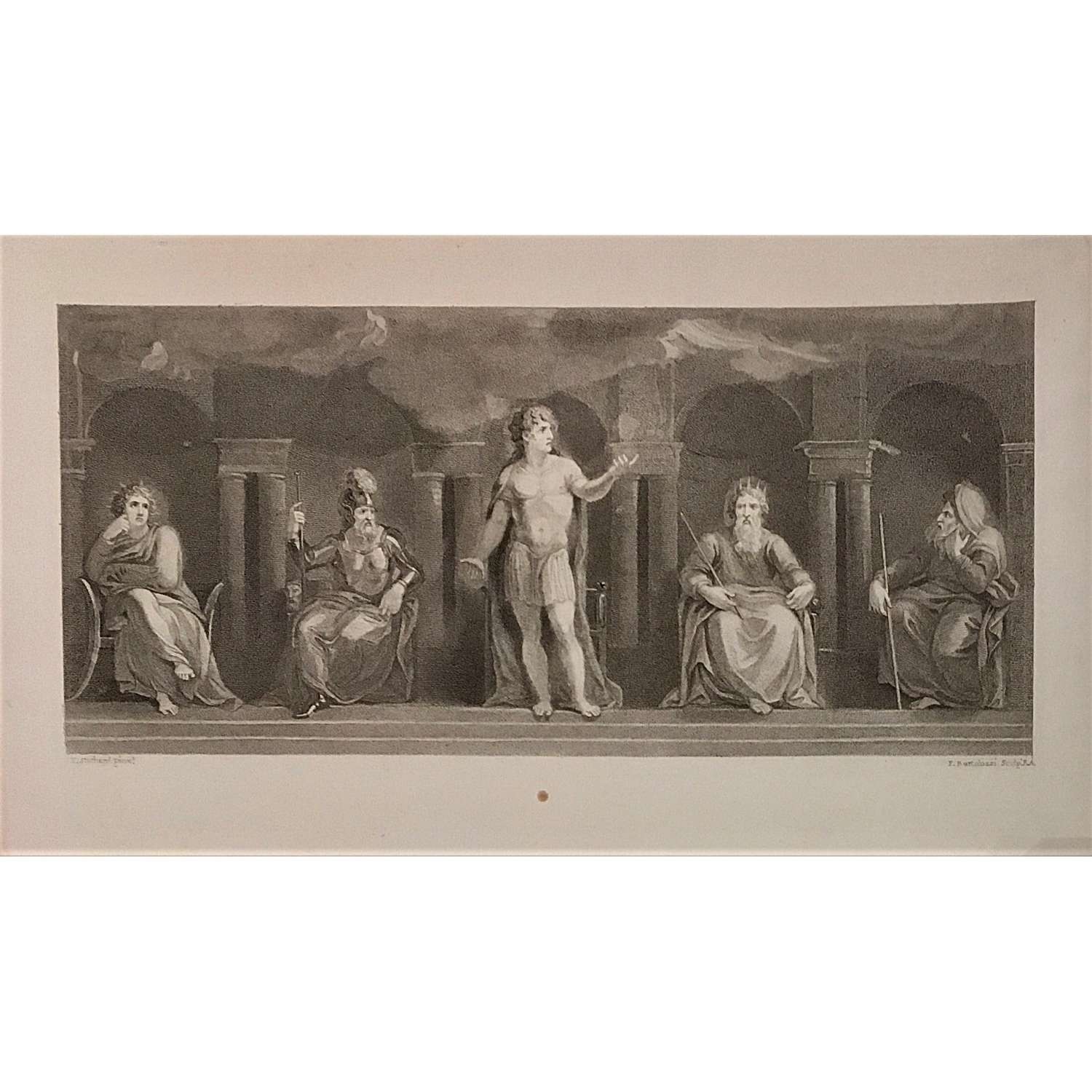 Lettered below image with artists' names only: "T. Stothard pinxt.", "F. Bartolozzi Sculpt. R. A." State without the details of publisher William Jeffryes.

This illustration was conceived to accompany the following lines from John Milton's Paradise Lost, “The Argument,” Book II, Verses 11–17:

“Powers and Dominions, Deities of Heav’n,
For since no deep within her gulf can hold
Immortal vigor, though opprest and fall’n,
I give not Heav’n for lost.   From this descent
Celestial Virtues rising, will appear
More glorious and more dread than from no fall
And trust themselves to fear no second fate…”
(Paradise Lost, Book II, 11–17)

Stothard depicts from left to right: Belial, Moloch, Satan, Beelzebub and Mammon. Satan, standing centre, is addressing his Council to discuss the merits of embarking on a new war against Heaven. 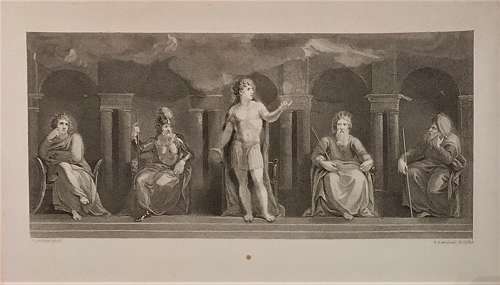