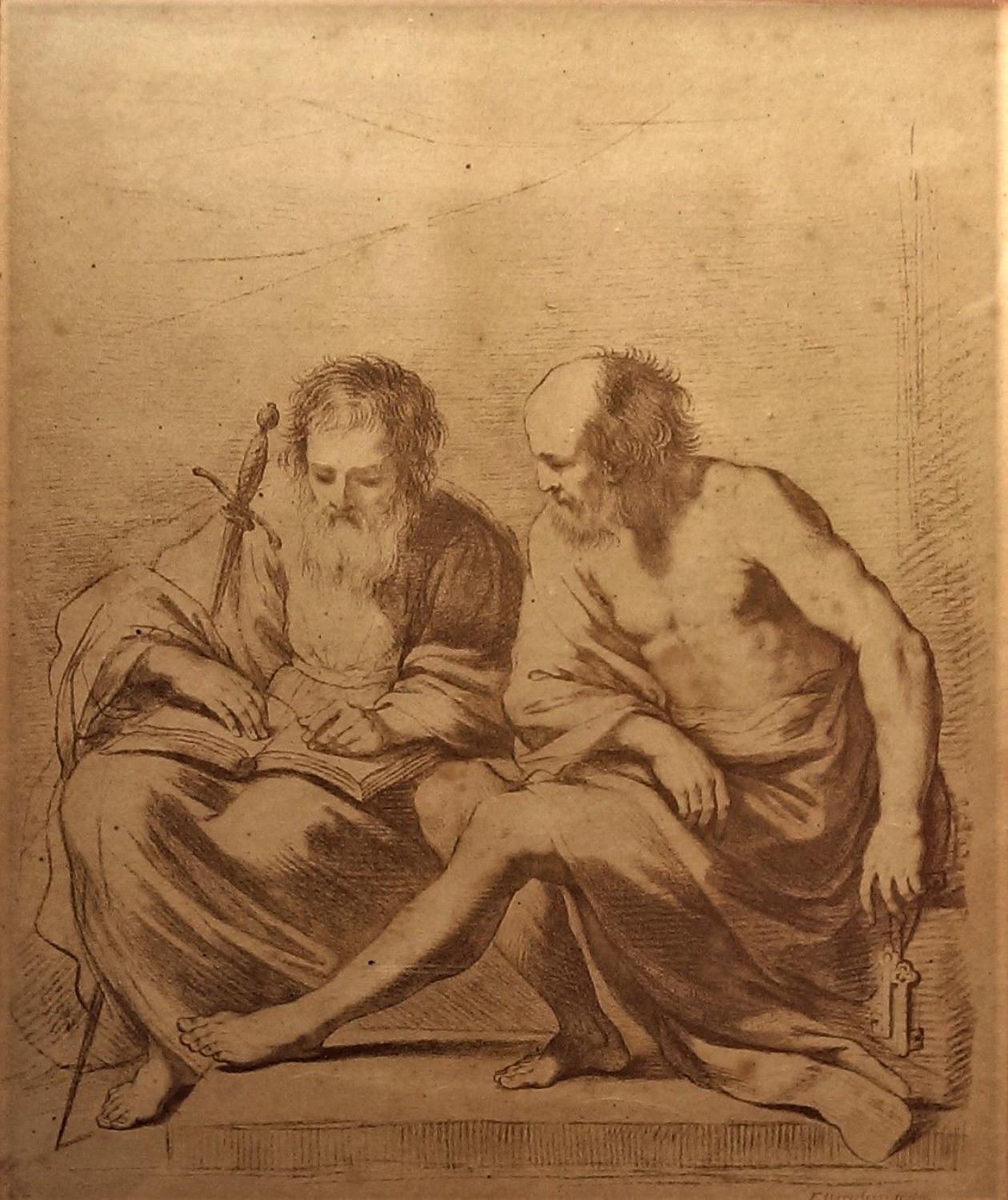 Presented in what is possibly its original ‘Peartree’ frame.

Giovanni Francesco Barbieri known as "Guercino" was, after the death of Guido Reni, the leading Bolognese painter. A prolific artist, his flowing, calligraphic drawing style was particularly admired by British collectors and his works were much sought after. Numerous Guercino drawings were acquired by John Stuart, 3rd Earl of Bute (who served as Prime Minister from 1762-1763) while he was on his Grand Tour and he presented a group of these to King George III in 1763. At around the same time other drawings by Guercino were acquired by George III's librarian and art dealer Richard Dalton, from the Casa Gennari in Bologna, the former home and studio of Guercino's nephew Cesare Gennari (1637–1688) who had become custodian of many of his uncle's papers and effects.

Francesco Bartolozzi was born and trained in Florence as a draughtsman and painter of miniatures. In 1745 he moved to Venice to work as a reproductive engraver. In the early 1760s he was invited to come to London by Richard Dalton, specifically to make engravings of the King’s newly-acquired Guercino drawings.

Bartolozzi's plates after the Guercino's drawings in the Royal Collection are a masterful interpretation of the original works. They were highly influential and were at first sold individually with prices ranging from 1s to 2s 6d. The plates were later bought from Richard Dalton's estate by John and Josiah Boydell and published together in two folio volumes in the 1790s.

This print here reproduces Guercino's drawing of St Peter and St Paul [Royal Collection Inventory Number RCIN 902726], etched in reverse. St Peter is seated in profile with the two metaphorical keys to the Kingdom of Heaven (as seen on the coat of arms of the Holy See) hanging from his hand. St Paul is depicted writing with a book holding an ink pot, a sword resting against his shoulder (stessing the power of the Word over the sword).

Bartolozzi flourished in England and became one of the founder members of the Royal Academy of Arts in 1768. He engraved the Academy’s first diploma to the designs of his friend and fellow countryman Giovanni Battista Cipriani. 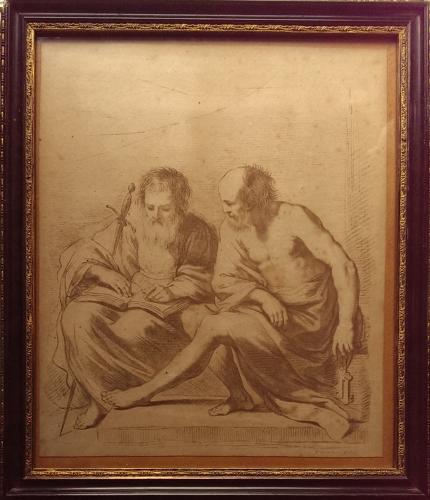