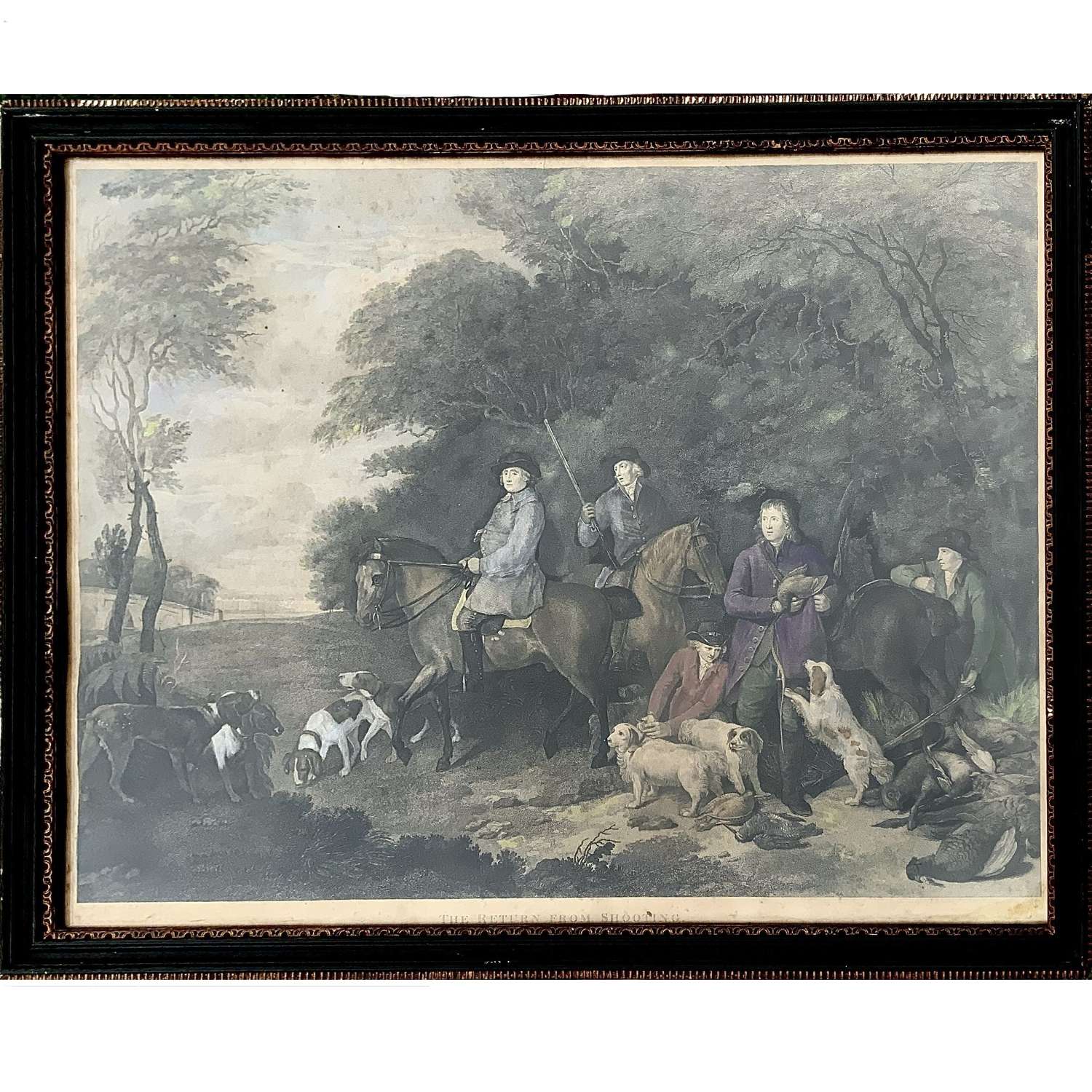 Lettered with the title "The Return From Shooting" beneath the image and "Painted by F Wheatley R.A." (lower left) & "Engraved by F Bartolozzi R. A., the Landscape by S Alken" (lower right). Framed seemingly with the loss of the publication line (though unexamined out of the frame).

A very imposing print of the famous conversation piece by Wheatley (sometimes referred to as of "The Second Duke of Newcastle and a Shooting Party") painted in 1788 and now in Sheffield Art Gallery. The subjects depicted on horseback are, on the left, His Grace Henry Pelham-Clinton, 2nd Duke of Newcastle (1720-1794) beside him is his friend Colonel John Litchfield (1716-1799) in the centre, holding a rifle, the Duke's head gamekeeper William Mansell (1746-1806), is standing centre right, without a hat holding a game bird. The party, including two other servants and various dogs, are returning from a hunting trip with quantities of game. The Duke's home Clumber Park can be seen in the distance. Among the dogs depicted are four Clumber Spaniels (to the right), a breed promoted by the Duke of Newcastle and refined by William Mansell (two of the men whose images appear in the picture).

Authentically presented in an antique Hogarth style frame. Framed to the edge of the print. (Some losses to the gilded beading to the edges of the frame). 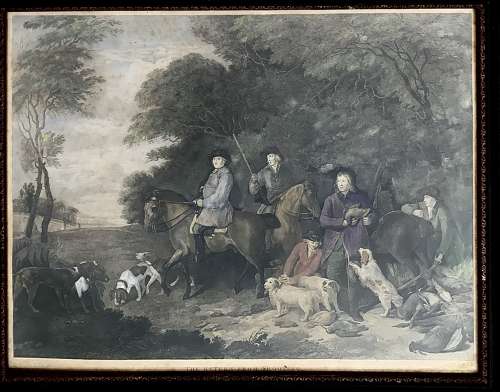