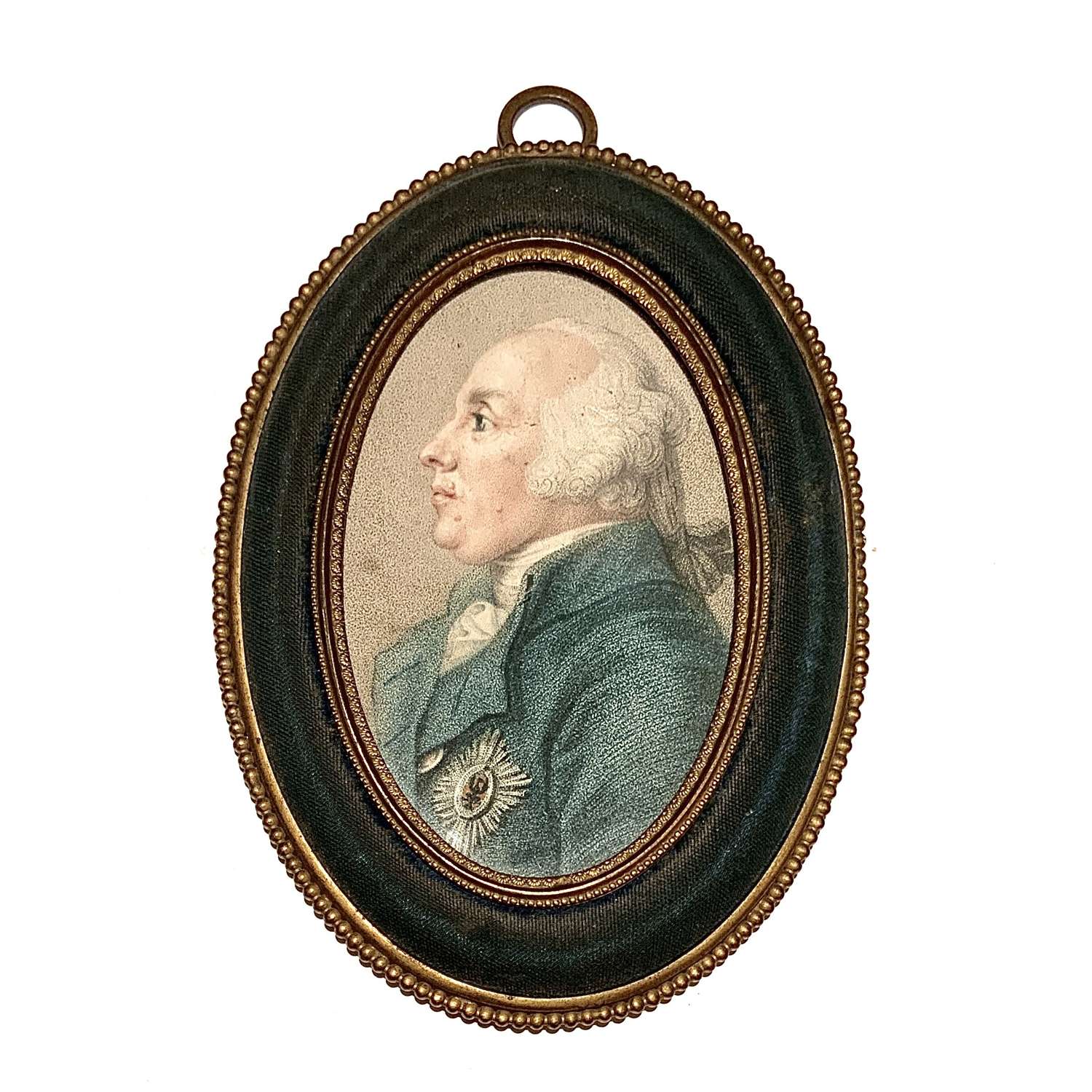 Stipple engraving of Frederick William II, King of Prussia, after the portrait by Anton Graff (1736-1813). Bust length in profile left with tied wig, cravat, blue jacket with badge of the Prussian Order of the Red Eagle on breast. Trimmed to the image and contained in a gilt-brass and blue velvet frame with integral hanging loop. Old label for "MacGill's Gallery" "103 Princes Street, Edinburgh" verso with a handwitten inscription "Agnes 1866".

Friedrich Wilhelm II of Prussia was a second cousin of George III of England and father-in-law to Prince Frederick, Duke of York and Albany (George III's second son). He was king of Prussia from 1786 until his death and the famous Brandenburg Gate was built in Berlin during his reign. The original portait, on which this stipple engraving was based, was made by the eminent Swiss artist Anton Graff, who numerous famous subjects sat for, including Friedrich Wilhelm II's uncle, Frederick II ("Frederick the Great"). 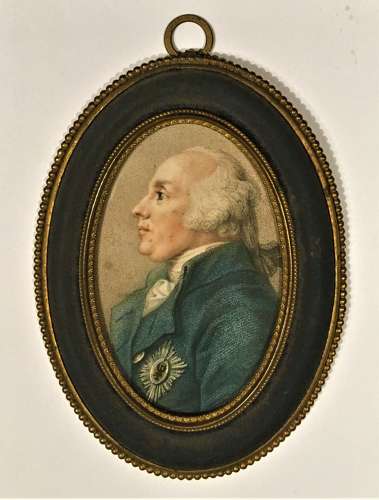