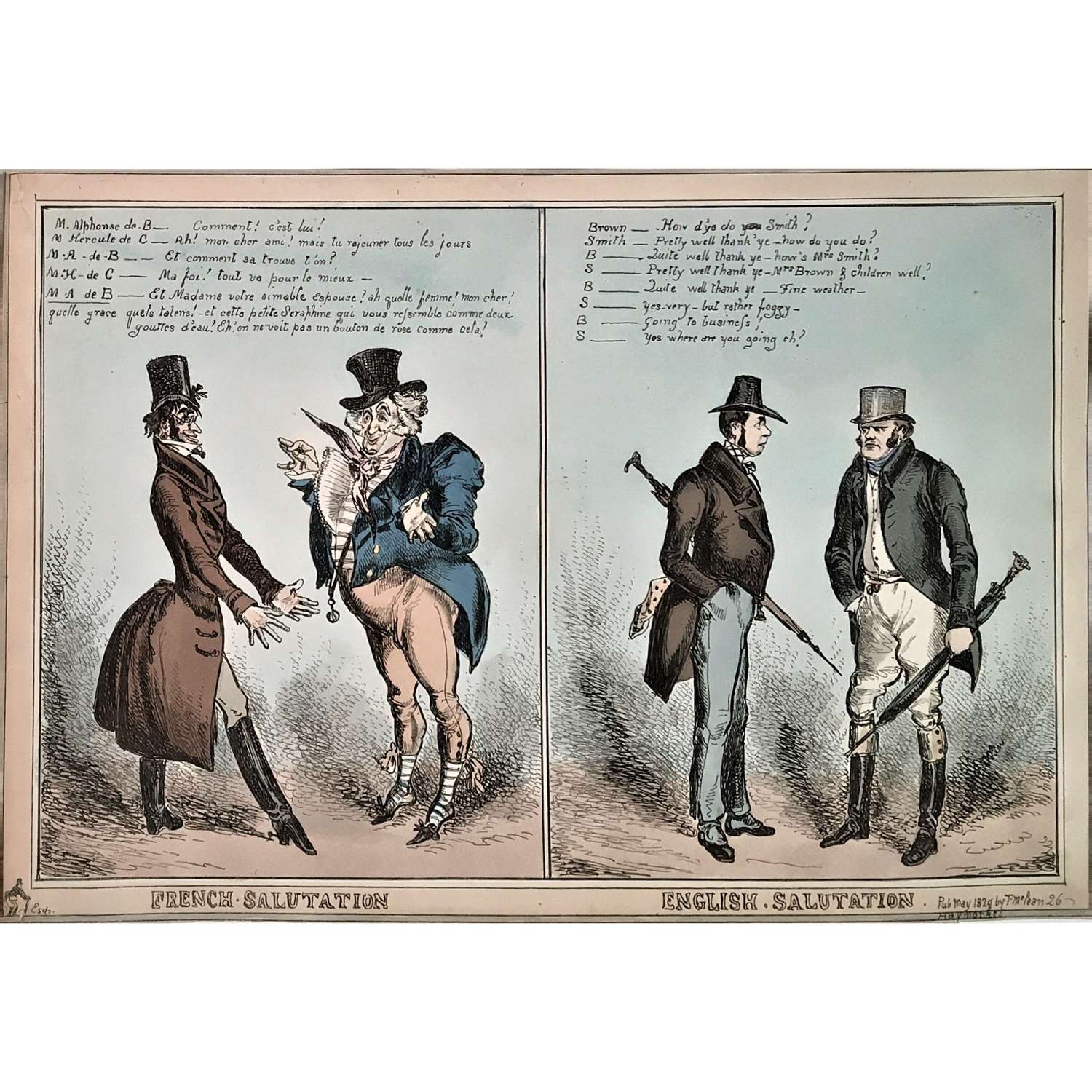 In the cartoon on the left, two fashionably dressed Frenchmen (M. Alphonse de B and M. Hercule de C) greet one another warmly, each interested in the other, exchanging effusive compliments with vigorous hand gestures. To the right, two plainly dressed Englishmen (Brown and Smith) greet one another with hands in pockets and furled umbrellas, exchanging brief, impersonal remarks. Signed lower left with William Heath's character motif "Paul Pry 'Esq.'" and dated "May 1829" lower right. Publication line lower right "Pub May 1829 by T. Mclean, 26 Haymarket".

A scarce print which is still an extremely funny commentary on the difference in manners between French garrulity and English reserve.

Trimmed to the platemark but without loss of the printed washline mount. 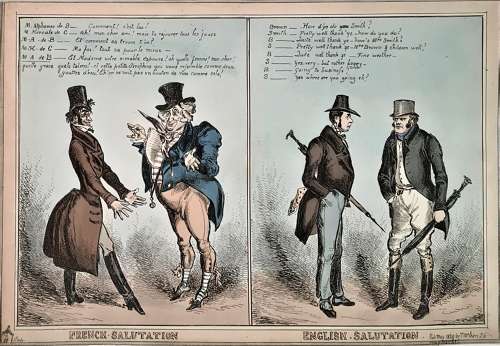