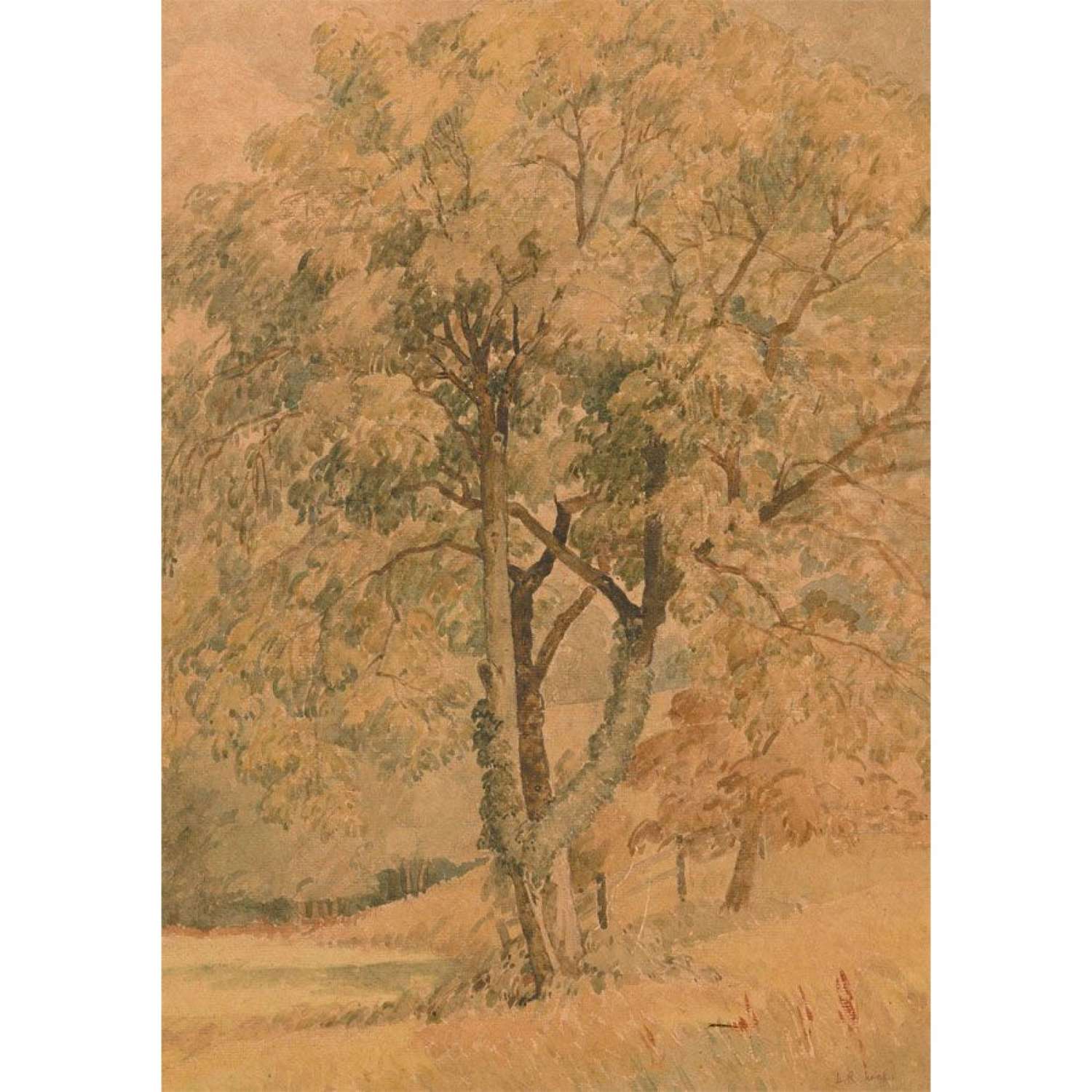 Helen R. Lock is one of the small group of artists associated with the movement described by Laurence Binyon as the "Watercolour Revival", who exhibited pictures painted exclusively in watercolour at the New English Art Club in the opening decades of the Twentieth Century. She studied at Westminster School of Art but was particularly affiliated with those of the group of who had been to "The Slade". Although possibly one of the least known members of this clique, she was highly talented and her work was singled out for praise by the reviewer in "The Studio" of the NEAC's "50th Exhibition" in 1913, where it was noted for standing out favourably amongst the pieces by such illustrious company as Henry Tonks, William Orpen, Walter Russell, Augustus John, Charles Gere, Lucien Pissaro and Albert Rutherston.(1) Later in her career she became particularly adept as a woodcut printmaker.

Lock was a pupil and intimate friend of Alfred William Rich, with whom her work in watercolour shows a clear affinity. Her choice of papers, often textured and toned (as in the work here), especially reveal the debt to A.W. Rich and clearly follows in the lineage from J. S. Cotman and Peter De Wint. She wrote the brief, posthumous biography of Rich which was published in his memory by Walker's Galleries in 1922.(2)

Like many women artists from the early 1900's, Helen Lock would benefit greatly from further study. She seems to have had independent means and for that reason may not have had to exhibit as frequently as others among her contemporaries. As well as the New English Art Club, she infrequently showed work at the Royal Academy, the Royal Cambrian Academy, Royal Institute and Royal Watercolour Society. She had "One-Man Shows" at Walker's Galleries, New Bond Street, London, 1-14 October 1919 (3) and 30 April-13 May 1926. 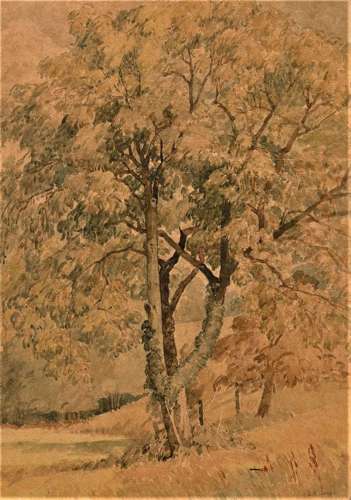