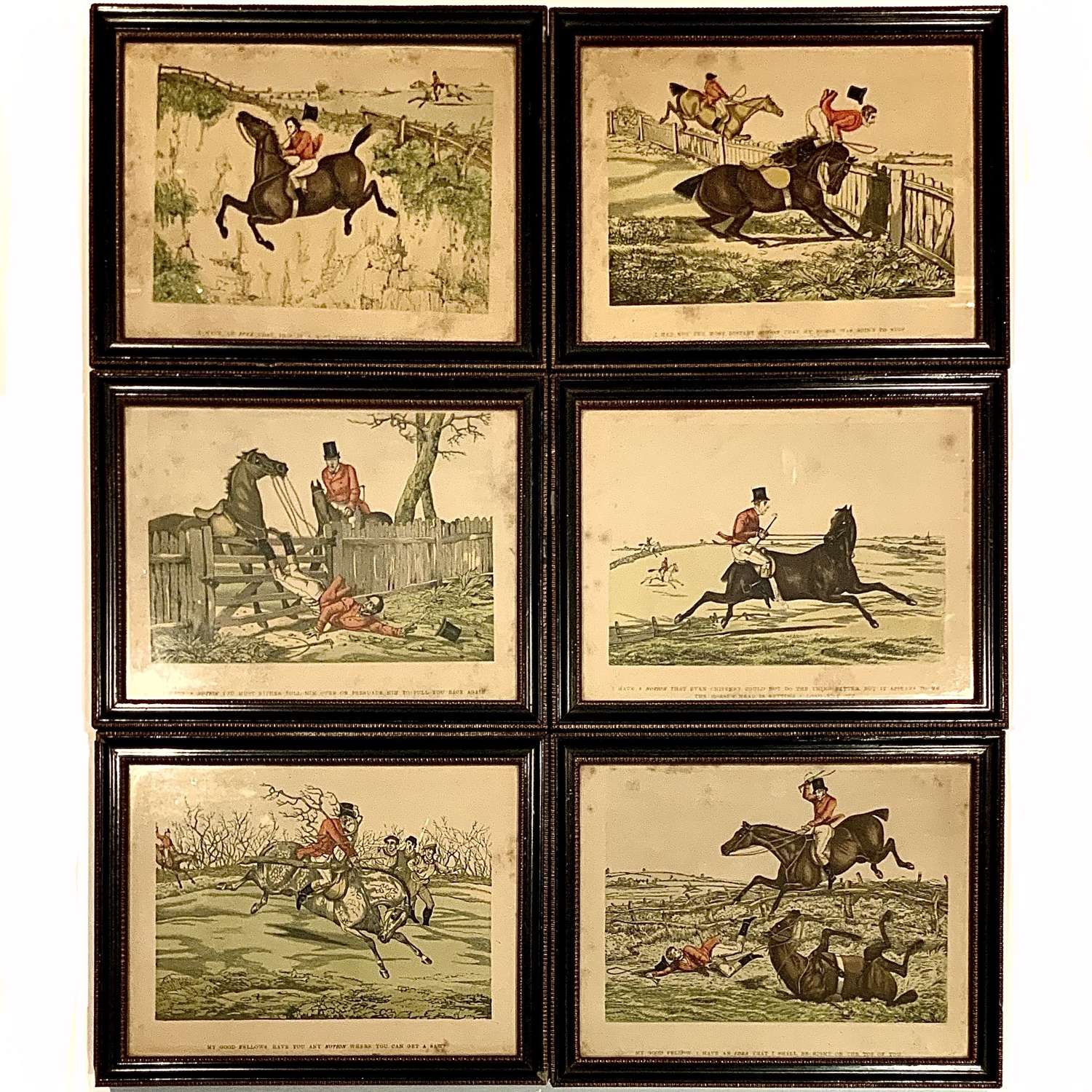 Henry Alken (1785-1851) (After)
Six (6) antique chromolithograph prints
from the series "Ideas, Accidental and Incidental To Hunting and Other Sports"
19th Century

An amusing set of six antique framed hunting prints showing hunting disasters with suitably droll accompanying texts. After the series entitled "Ideas, Accidental and Incidental To Hunting and Other Sports" by Henry Alken (1785-1851). Attractively presented in matching vintage Hogarth frames. The titles of the set as follows (clockwise from image top left):-

1. I have an idea that this is a most important and effective fall.
2. I had not the most distant notion that my horse was going to stop.
3. I have a notion that even Chiffney could not do the thing better,
but it appears to me the horses’ head is getting a long way off.
4. My good fellows, I have an idea that I shall be right on the top of you.
5. My good fellows, have you any notion where you can get a saw?
6. I have a notion you must either pull him over or persuade him to pull
you back again.

The mention of "Chiffney" in 3. is a reference to two colourful 18th/19th Century English father-and-son jockeys named Samuel "Sam" Chifney (Sr. & Jr.), who both rode for the Prince Regent.