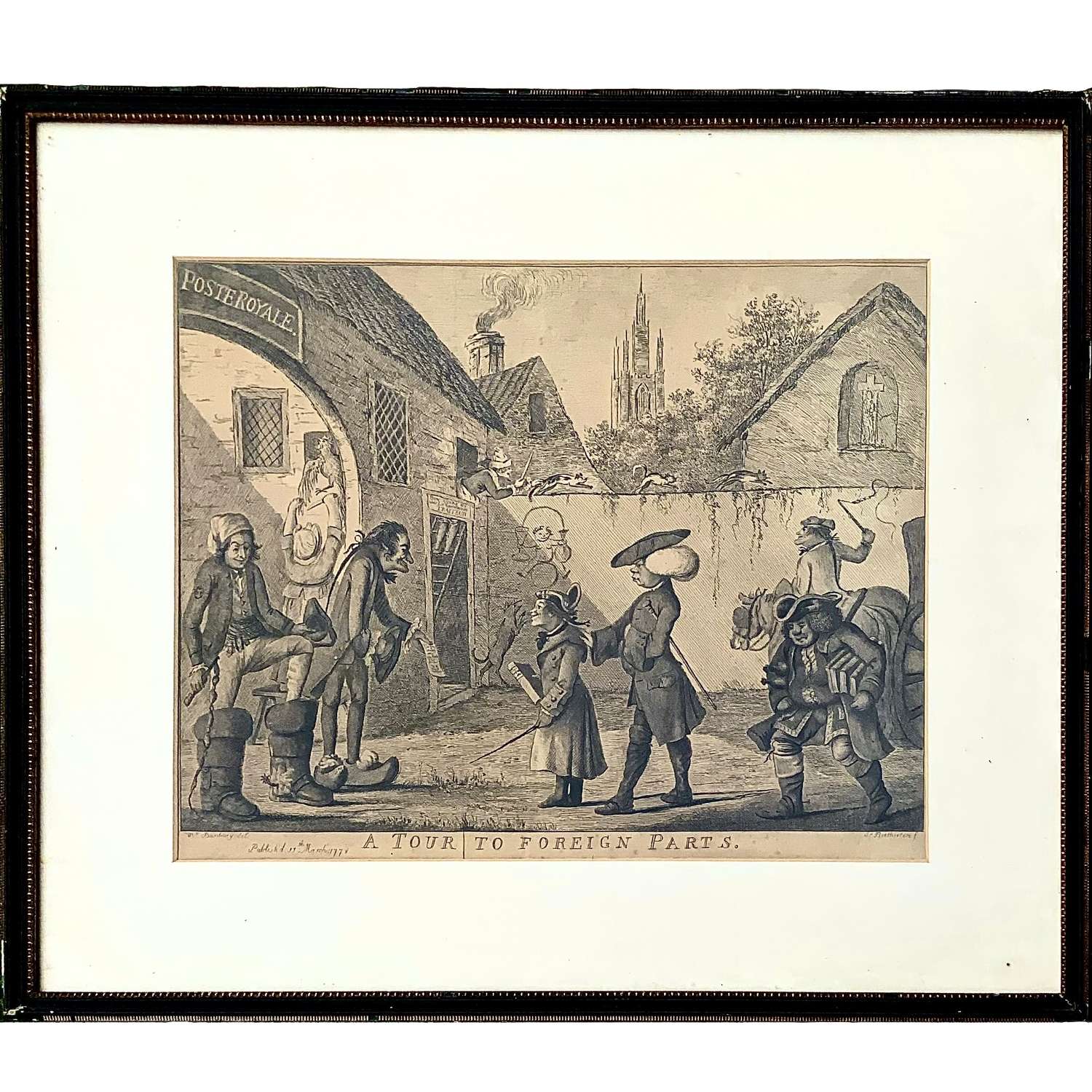 Lettered with the title "A Tour To Foreign Parts" beneath the image and "Mr. Bunbury del." (lower left) & "Jas.Bretherton f." (lower right) and the print line "Publish'd 11th March 1778".

A large and amusing caricature print depicting a young English student being pushed forward by his tutor, their servant standing behind, as they arrive at a French country inn. A sign for the "Poste Royale" is over the main archway and over a door to the side is written in illiterate French "Bon Chere Icy / Chez La Grenouille / Traiteur" (roughly "Good Cheer Here At The Frog Restaurant").

At the time of publication this scene would have been familiar to many of the well-connected Englishmen who had travelled abroad on the Continent. The print was published two years after Henry Bunbury's own Grand Tour of France and Italy. His experiences there shaped his view of the world.

Presented in a vintage Hogarth style frame (with some loss to the gilded beading to the edges of the frame), within a broad mount.