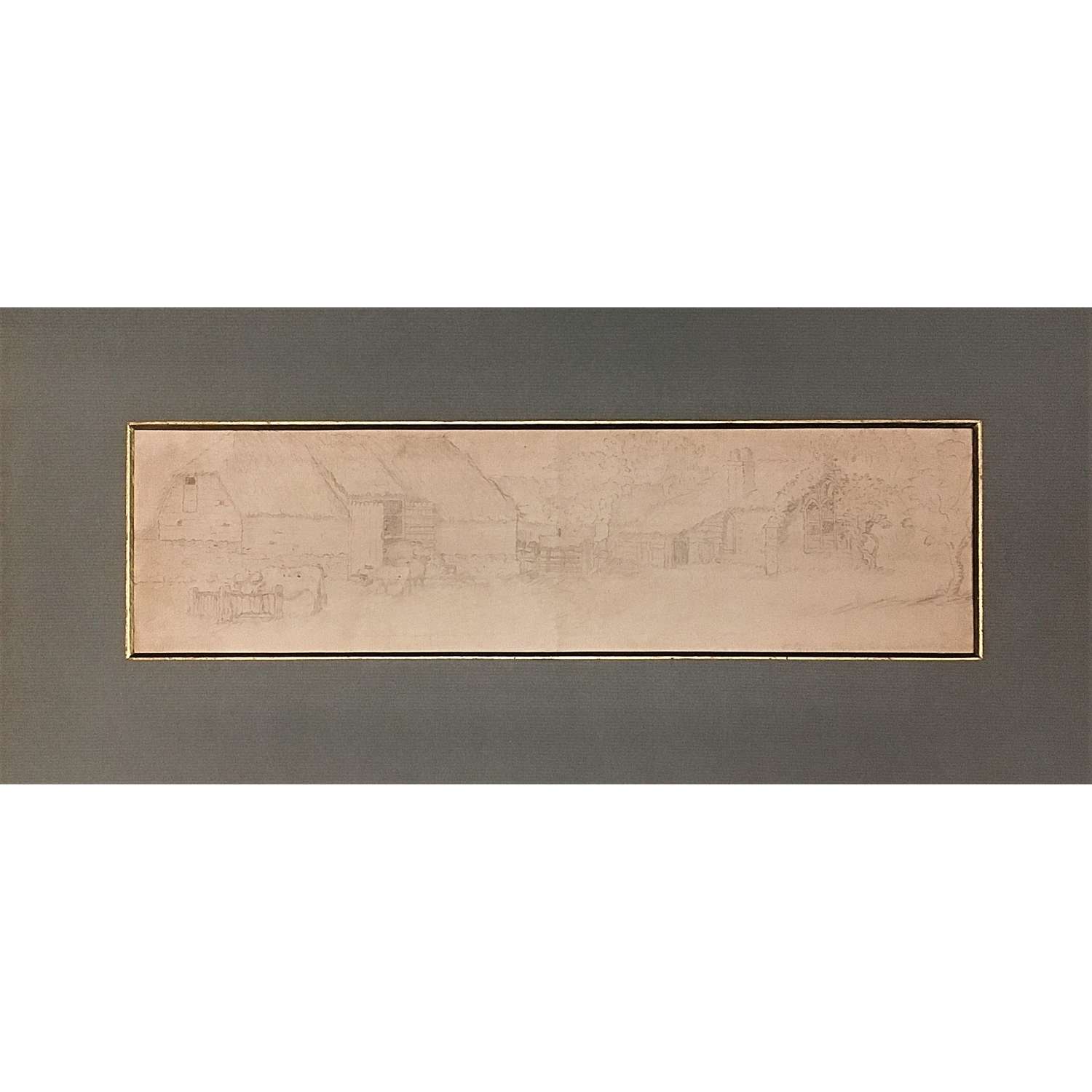 The site of the Hospital of St James can be found just north of the medieval ruins of The Priory of St Pancras (Lewes Priory) in Southover, Sussex. Lewes Priory, founded on the site of a former Saxon shrine, was the first Cluniac house in England and was one of the largest monastic churches in the country. The Hospital of St James was established within the precincts of the priory in around 1100 by 2nd Earl of Surrey, William de Warenne (d.1138) as a hospital for 24 elderly or infirm brothers and sisters and for pilgrims and the sick. It was maintained by Lewes Priory and survived the dissolution having been converted to a cottage with associated agricultural buildings in the 1540's. Here James Lambert Jr. depicts the remaining buildings in a suitably rustic fashion with a group of cattle to the left.

James Lambert Jr. (1742-1799) was a pupil and nephew of James Lambert the Elder (1725–1788). He is listed as a coach, sign and landscape painter. Both artists are particularly associated with Lewes in Sussex. A watercolour dated 1762 by James Lambert the Elder (1725–1788), which concentrates on the chapel to the right, is held by Yale Center for British Art, Paul Mellon Collection (Accession Number: B1975.4.1817). The presence of the uncle's dated drawing and the appearance of the nephew's drawing here, suggest that the two artists may have been working beside one another when drawing this scene. Interestingly, a further watercolour of St James Hospital by Paul Sandby, R.A. (1730-1809) made from a similar viewpoint (omiting the buildings depicted to the left in this drawing) appeared as lot 242, Bonhams, Old Master Paintings Sale, 15 April 2021. 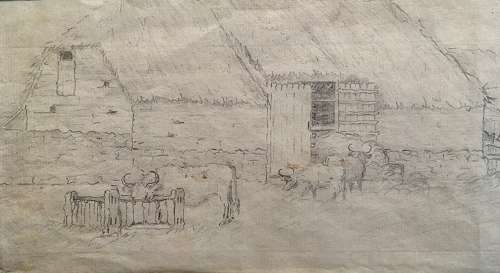 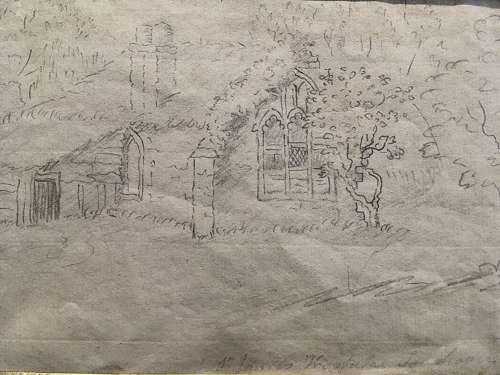