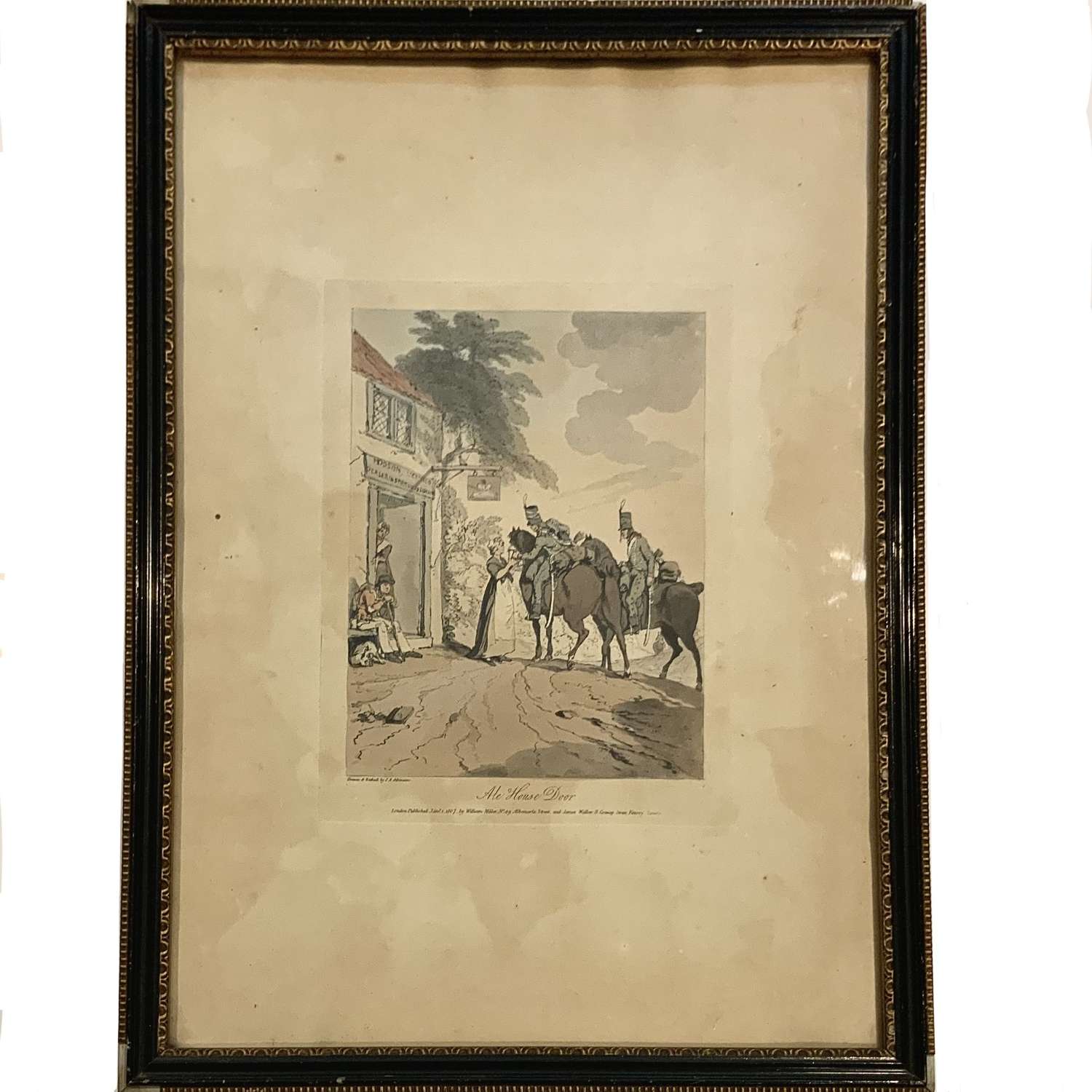 A print from the era of the Napoleonic Wars depicting two uniformed cavalrymen on horseback pausing for refreshments outside an alehouse. To the left a further figure in red (a soldier or sailor, fallen on hard times) is sitting on a bench his head resting on a stick. A women looks out from the door and a further young woman delivers a tankard to the left-hand cavalryman. The sign above the door reads "Hodson Licensed/ Dealer in Spiritous Liquor".

John Augustus Atkinson (1775-1830) travelled to Russia between 1784 and 1802 along with James Walker (1748--1808?), who may have been his step-father. On his return to England he made various illustrative prints of the sights he had seen. He also produced etchings for other artists and executed various prints of his own depicting the uniforms of various Napoleonic military subjects. The engraving here appeared as one of 33 images showing military men participating in scenes from daily life which appeared in a volume Atkinson had produced entitled "A picturesque representation of the naval, military, and miscellaneous costumes of Great Britain, in thirty-three coloured plates. By John Augustus Atkinson. With a descriptive esay on the subject of each plate in English and French". This was published in London by William Miller in 1807.

Condition:-
The print is attractively presented in an antique Hogarth style frame with the page of original descriptive text in French retained to the back. Attractively toned by time, some losses to the beading of the frame to the corners>