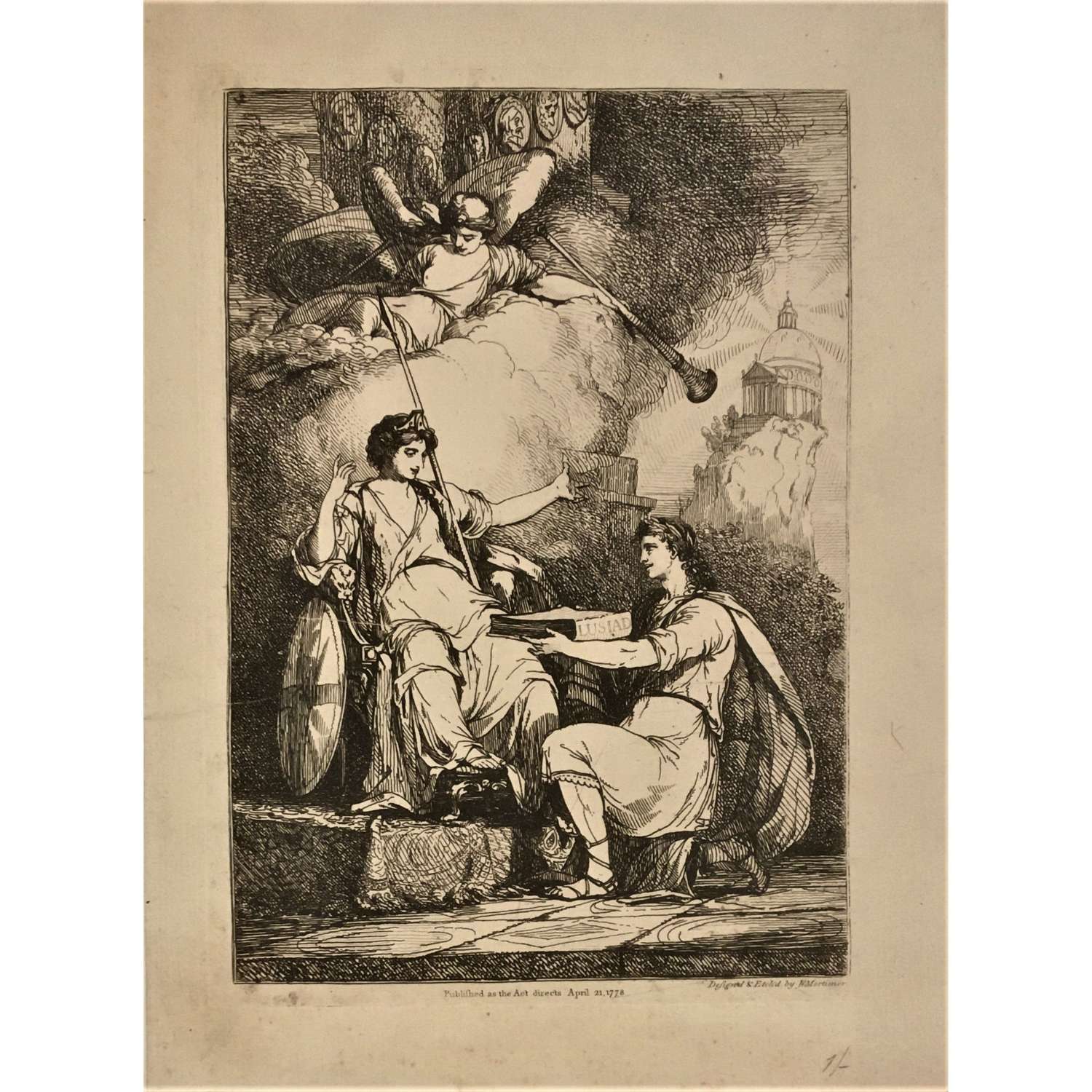 A classical figure presents a volume, lettered within the image on its spine "Lusiad", to Britannia who gestures towards the Pantheon, the figure of Fame with her trumpet above, along with the profile portraits of various poets and authors. Lettered beneath the image with the production details: "Design'd & Etch'd by J. Mortimer" and publication line: "Published as the Act directs April 21, 1778".

Luís Vaz de Camões (or de Camoens) (c.1524 –1580) is the most famous poet in the Portuguese language and is considered as the national poet of Portugal. This etching by Mortimer appeared as the frontispiece to a new translation of de Camões poetry made by William Julius Mickle (1734-1788), published in Oxford by Jackson & Little in 1778. This single volume, entitled "The Lusiad of the Discovery of India an Epic Poem", made the Portuguese poet's work accessible to a new British audience. In his clever iconography, Mortimer shows the English translation of "The Lusiad" making the poetry of Luís Vaz de Camões available to Britannia: in doing so, this poet is allowed to enter the historical hall of fame of the greatest authors. 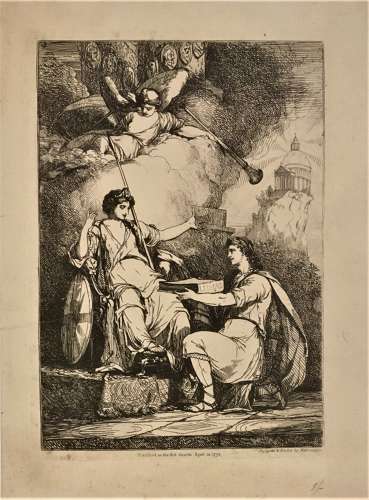