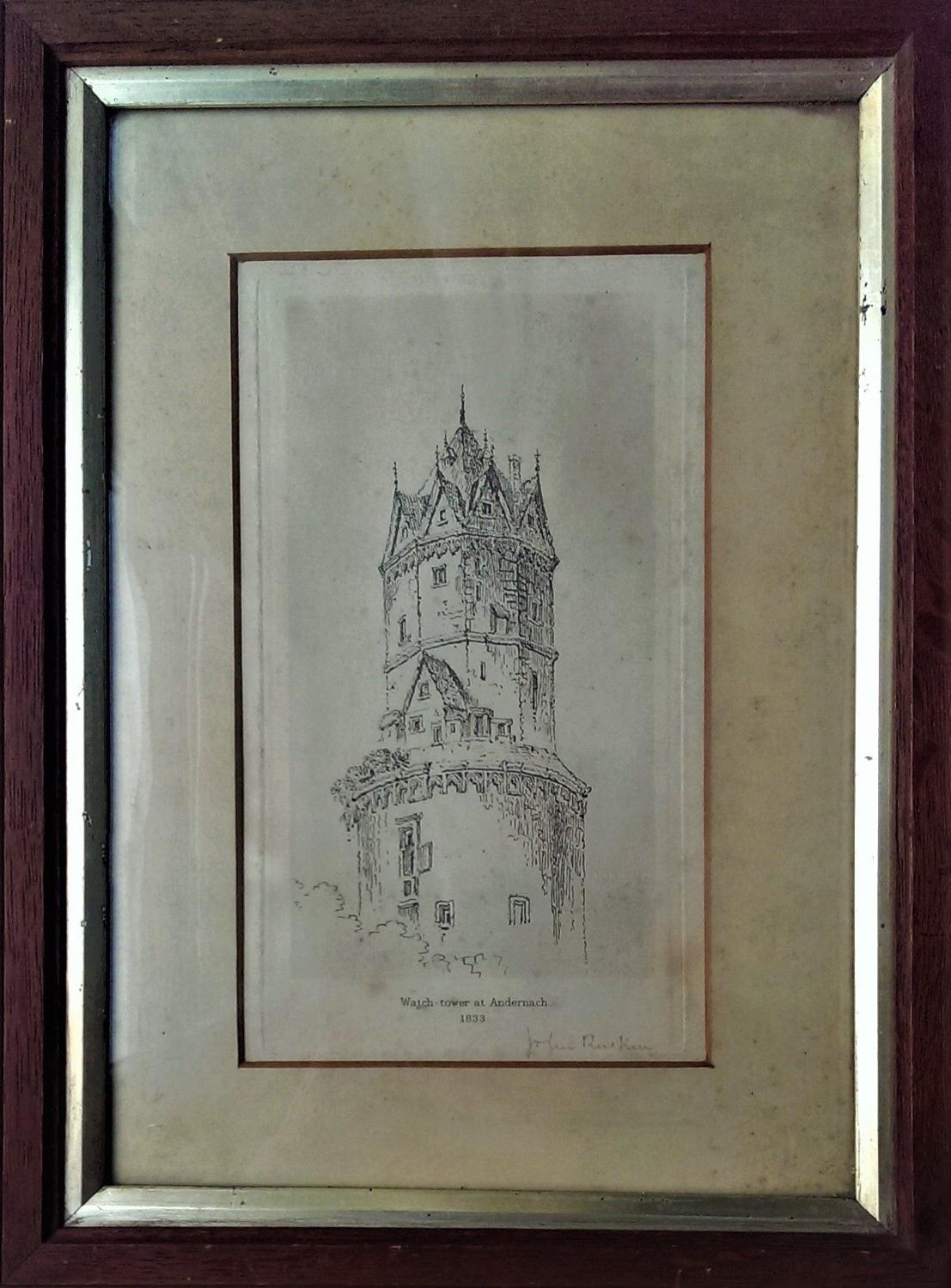 An interesting print, published in 1891, after a drawing by Ruskin which he made at the age of 14. Ruskin had begun taking lessons in drawing in 1830-1831 at a young age. In his autobiography he recalls that in his first year of drawing he “constructed a style of pen-drawing with shade stippled out of doubled lines, and outline broken for picturesqueness”. For his 13th birthday his father’s business partner gave him Samuel Rogers's “Italy”, with illustrations by J. M. W. Turner. Until that time he had not heard of Turner and it was this gift which was therefore to “determine the main tenor of [his] life”.2  In 1833 the Ruskin family undertook an ambitious European tour using Samuel Prout’s newly published folio of sketches of subjects in Flanders and Germany and Roger’s “Italy” (with its Turner illustrations) as the basis of their travel.

Thomas Nugent’s “The Grand Tour: Or, a Journey Through the Netherlands, Germany, Italy and France” first published in 1749, had also been an invaluable source of information for those undertaking the Grand Tour. This book recommended a route which took travellers through Andernach with its famous Round Tower. Turner had certainly visited Andernach: sketches of the town are held by Tate and the Isabella Stewart Gardner Museum holds a watercolour by Turner of “The Roman Tower at Andernach”3, which he painted in 1817. It is unsurprising therefore that the precocious young Ruskin should have made a sketch of the tower tour. He also wrote a poem and an essay both entitled “Andernach”.

William Gershom Collingwood (1854-1932), Ruskin’s biographer and editor, selected “Watch‐tower at Andernach” (1833) as an illustration to enhancing the delux edition of his Poems, published in 1891. Collingwood viewed it “as an example of the careful, though untaught, work of a boy of fourteen”. The plate reproduces “in actual size part of a larger drawing in pen on warm grey paper done in the manner which the young artist evolved for himself out of copying Cruikshank”4.  Photogravure was the method chosen to reproduce Ruskin’s drawings as it could “render the very marks of the pencil and strokes of the pen”. 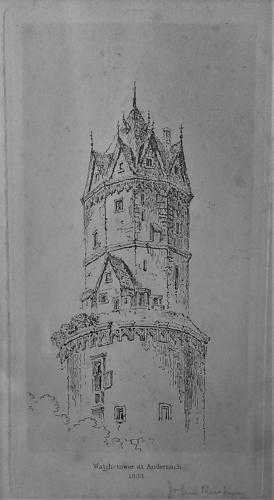