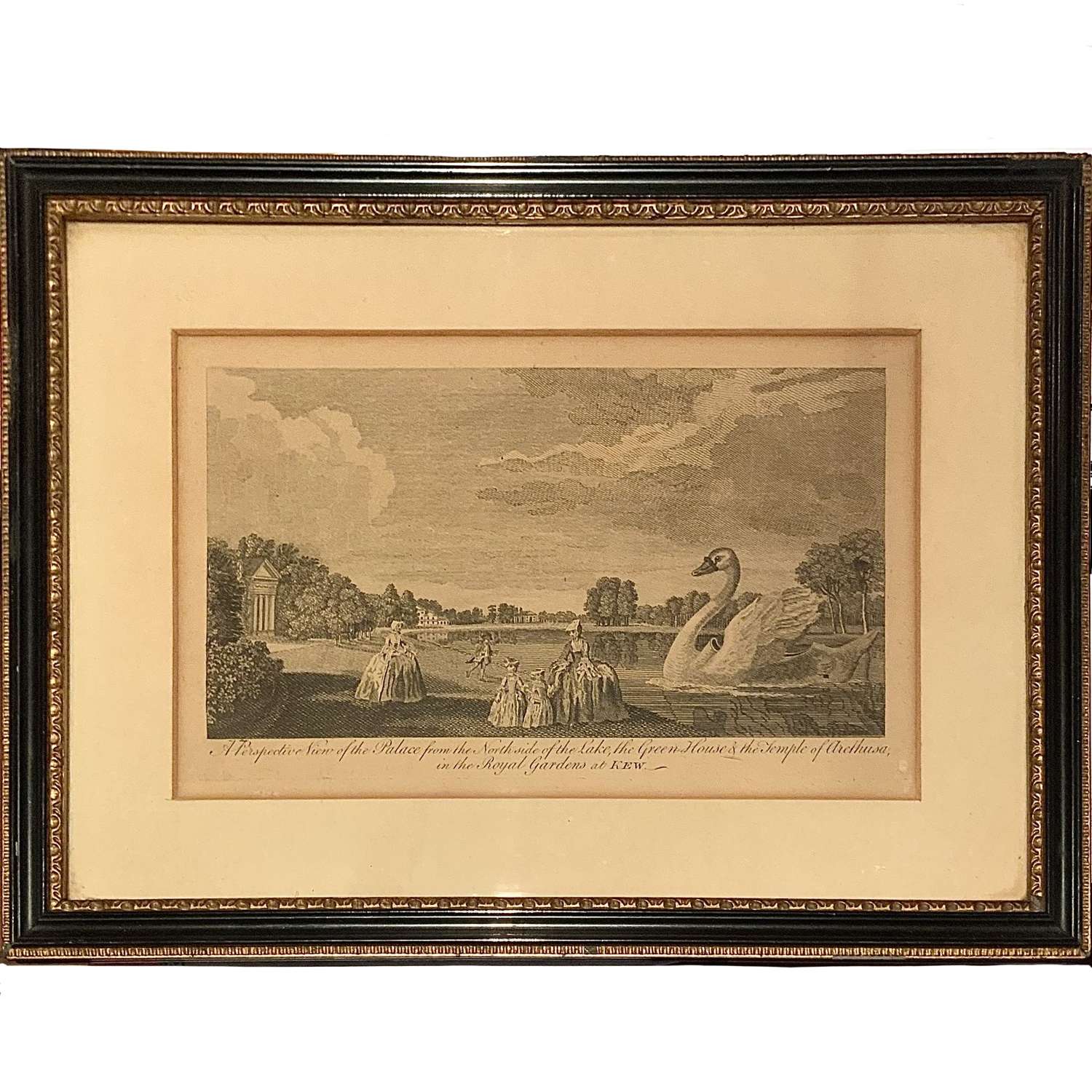 A scarce 18th Century etching of Kew Palace seen from the north side of the lake, with an unusual depiction of the giant swan boat, along with a party on the lakeshore and various buildings within the grounds. Lettered with title below image.

This is a reduced size version of a print first engraved for William Chambers’s "Plans, Elevations, Sections and Perspective Views of the Gardens and Buildings at Kew" (published in 1763).

The giant swan on the water was a fanciful boat named "the Augusta" which was made on the instructions of the theatre producer and impresario John Rich (1692–1761) for George III's seventeenth birthday in 1755 (whilst he was Prince of Wales). The Gentleman's Magazine of Wednesday 4 June 1755 described this swan boat in detail, confirming that: "The neck and head rise to the height of 18 feet; the body forms a commodious cabin, neatly decorated and large enough to accommodate 10 persons; and the feet so artfully contrived as to supply the place of oars, which move it with any degree of velocity."

The image as here appeared as a folded plate opposite Page 361, The Universal Magazine Volume LXVIII, Published John Hinton, Paternoster Row, London, January, 1781. This framed image here does not have a fold indicating that it was probably issued as a separate off-print. 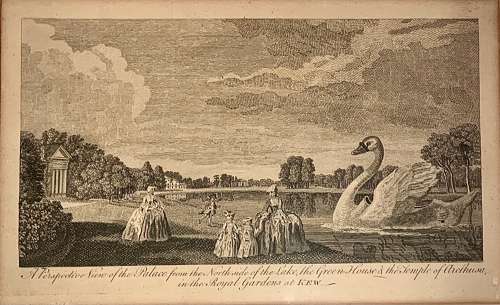 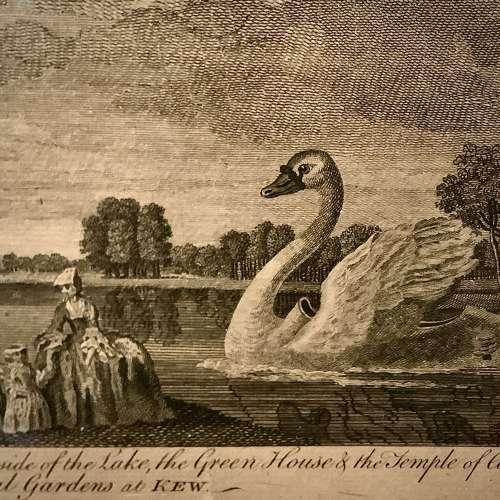