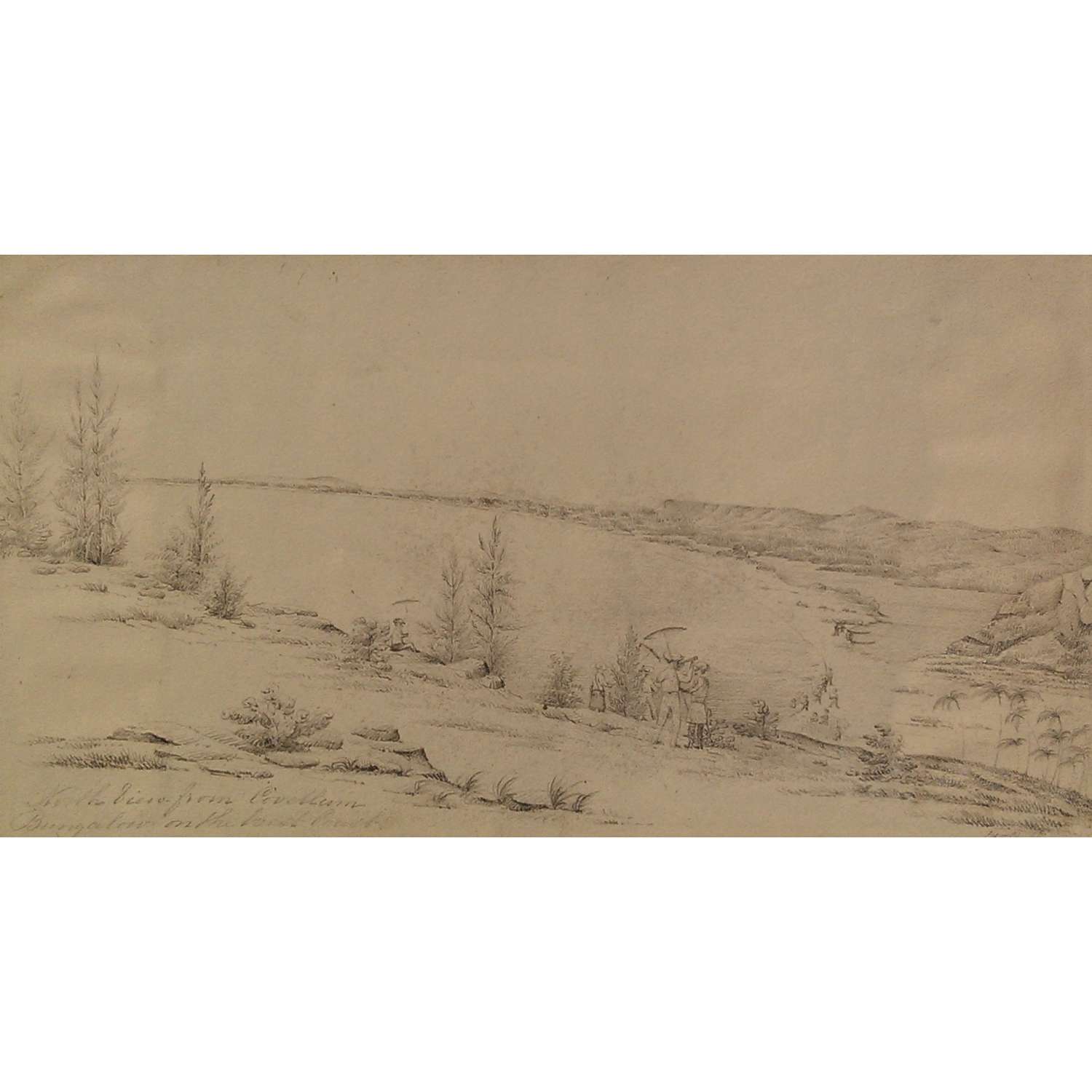 "after receiving the waters of Killyaur, [the Karamana River] runs parallel to and unites with the Sea at the foot of a little head-land termed Covellum."

William Henry Horsley was the son of George Henry Horsley of Middlesex and Frances Elizabeth Horsley (née Harding) who had been born in Jamaica. In 1830 he completed his engineering training at the East India Company Military Seminary at Addiscombe in Surrey and then had a year of specialist training at Chatham before sailing to India to take up a commission in the Madras Engineers.

Horsley took part in the Coorg War of 1834 but was mainly involved with civil engineering projects, becoming the first formally trained civil engineer to work in the State of Travancore (now Thiruvananthapuram). He was involved with the construction of Trevandrum Observatory (1837) under the patronage of His Highness Sri Swathi Thirunal Rama Varma (1813-1846) the Maharajah of Travancore, and his English astronomer John Caldecott (1801–1849). Horsley was also responsible for the design and building of the Memorial Hall on Mint Street, Madras (1860) and the old bridge over the river Karamana. He was one of the founders and trustees of the protestant church at Trivandrum.

In this topographical drawing, Horsley has depicted the gentle arc of the palm tree lined beach at Covellum (now Kovalam) facing the Indian Ocean on the South West Tip of India. There are various figures, some observing the landscape with telescopes, while others hold parasols. On the beach there appears to be a group of local fishermen. The topography is accurate and still recognizable but the viewpoint on the promentary from which this drawing has been made is now occupied by a lighthouse (Vizhinjam Lighthouse) and the entire area of the shoreline is now developed and occupied by a beach resort with multi storey hotels and other buildings. The style of the drawing corresponds to the only known illustration published by Horsley which is a picture of Trevandrum Observatory, accompanying an elevation, plan and longitudinal section of the building[1].

Horsley's “Memoir of Travancore” (written in 1838 and published the following year) was the earliest English treatise on the history of Travancore. He was clearly fascinated by recording history, in 1837 an iron box containing some hundreds of large gold coins "as fresh as if from the mint" were found in the bed of the Beypore river in Malabar and it is known that "Col. W. H. Horsley, R.E., possessed several of these".

As a captain he served as Civil Engineer in the Eighth Division and was a senior officer in Public Works in the Madras Presidency and by the 1860's he was a Lieutenant Colonel and Chief Engineer.  A highly able but underresearched individual, Horsley seems to be a man of many talents. His daughter Annie, who was born at Pallamcottah in Southern India while her father was stationed there, was also an accomplished amateur artist. He was clearly related to his namesake William Dowdeswell Horsley (1834-1899), who gave his name to the Horsley Hills in Andhra Pradesh.

Horsley married Frederica Montgomery O'Connell at St.Stephen's Chruch, Ootacamund, Tamil Nadu, India on 30 Apr 1845. Their eldest son, William Henry Horsley (1848-1915) spent much of his life in India and was a Judge in Bombay from 1887-96. William Henry (Sr) eventually returned to England and was buried on 8 February 1893 in St. Stephen's Church, Canterbury, Kent. 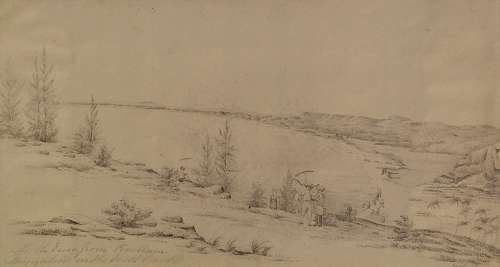