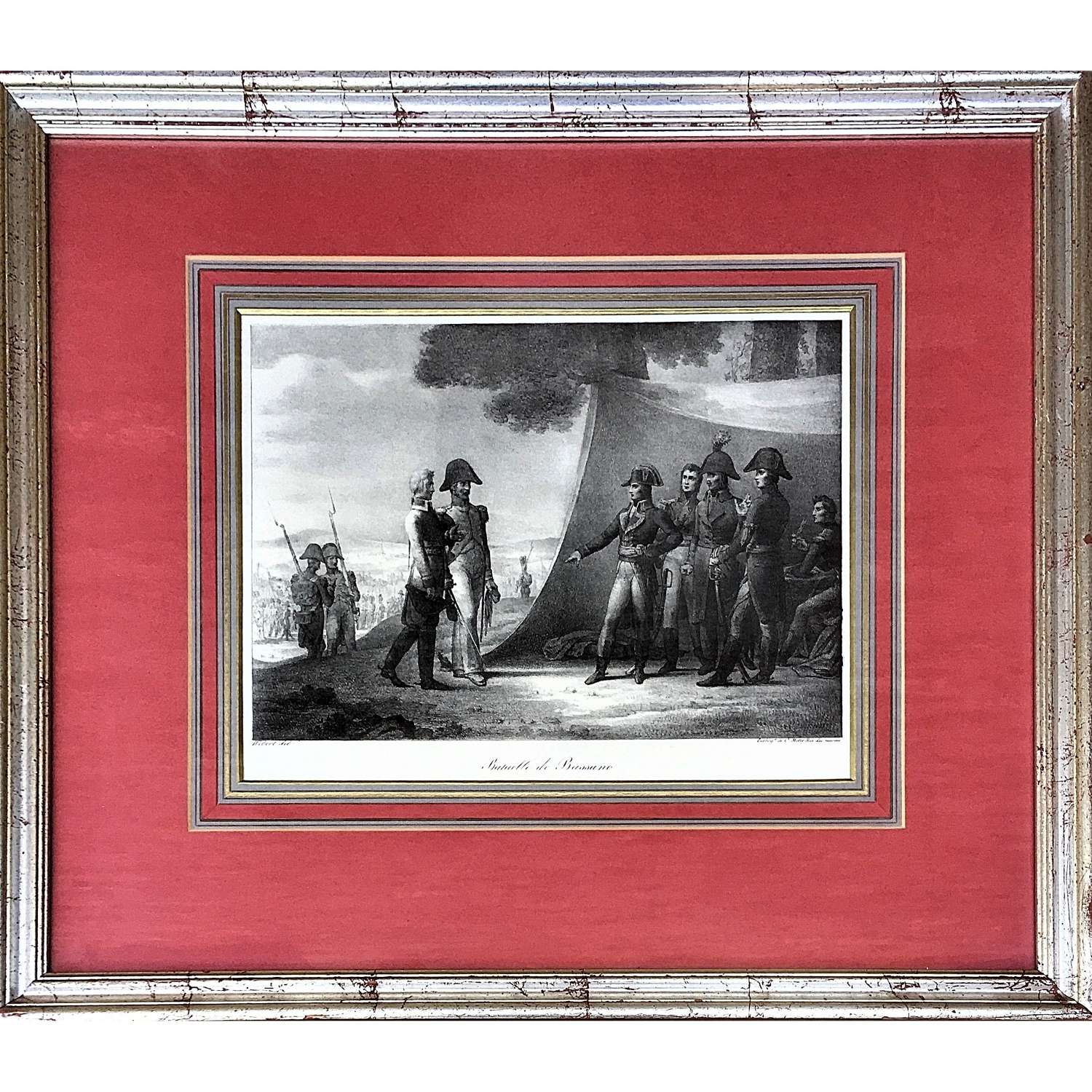 Napoleon at the Battle of Bassano, Lithograph Published Circa 1826

The image depicts the young General Napoleon Bonaparte taking the Austrian surrender after the Battle of Bassano which was fought near Venice between French and Austrian forces on 8th September 1796. Published as an illustration to Arnault's 'Vie politique et militaire de Napoléon', Paris, 1822-1826. 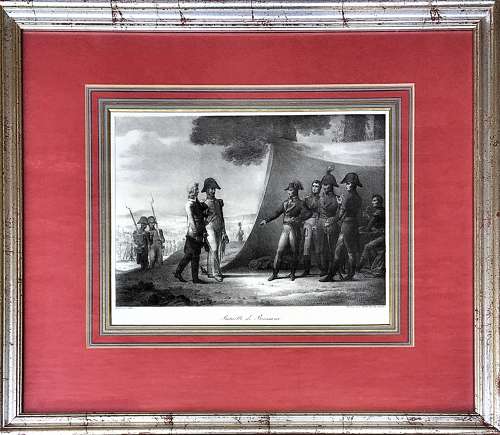