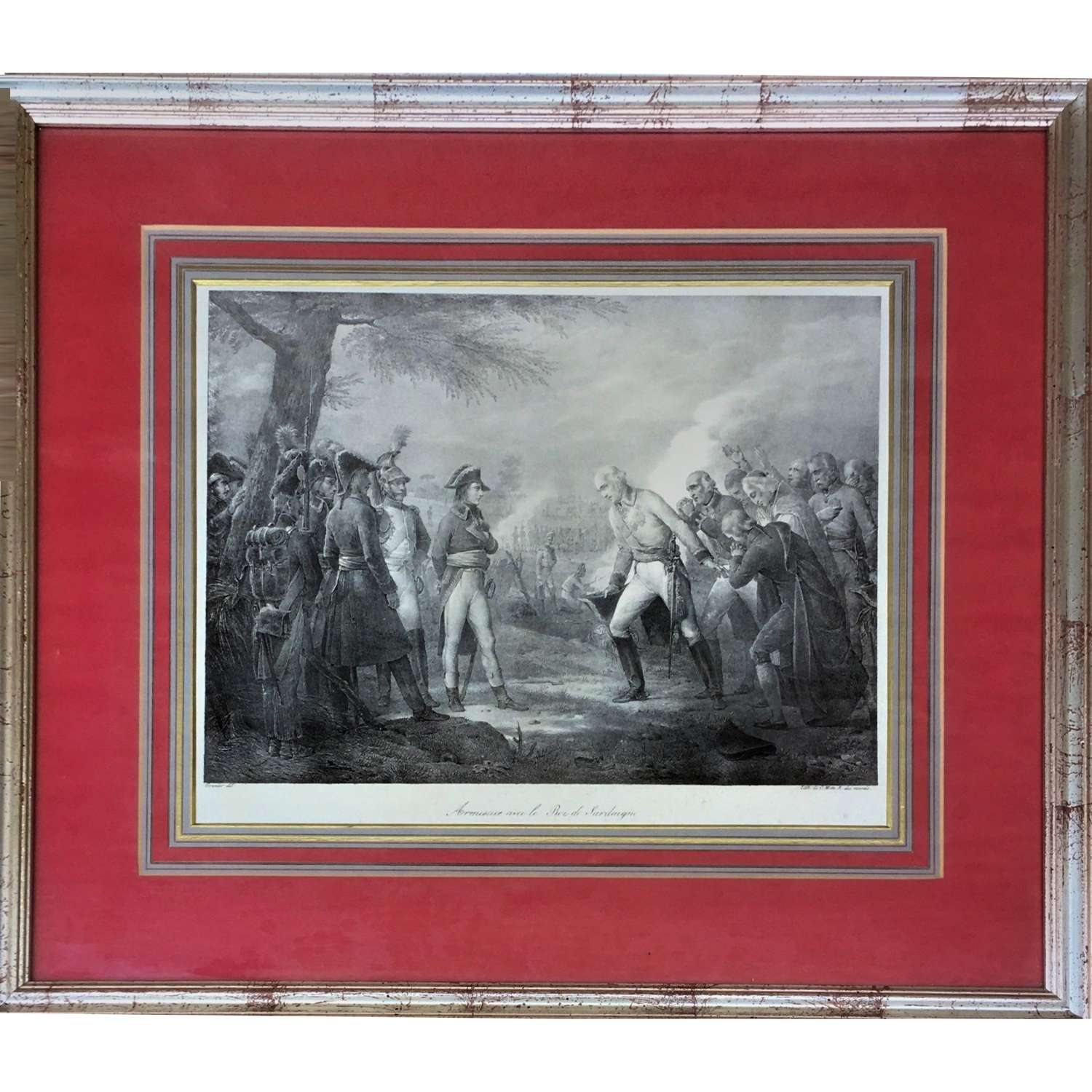 Napoleon's armistice with the King of Sardinia, Lithograph Circa 1826

The image depicts the young 26-year-old General Napoleon Bonaparte of the French Republican Army who, after a brilliant campaign, is being sued for peace and mercy by King Victor Amadeus III of Sardinia who appraoches with his retinue. A truce was agreed which became known as "The Armistice of Cherasco", which was signed on 28th April 1796 with Bonaparte's famous proclamation, "People of Italy! The French army comes to break your chains. The French nation is the friend of all nations; receive us with trust!". Victor Amadeus III was forced to make painful concessions which included the cession of the Duchy of Savoy and County of Nice to France. 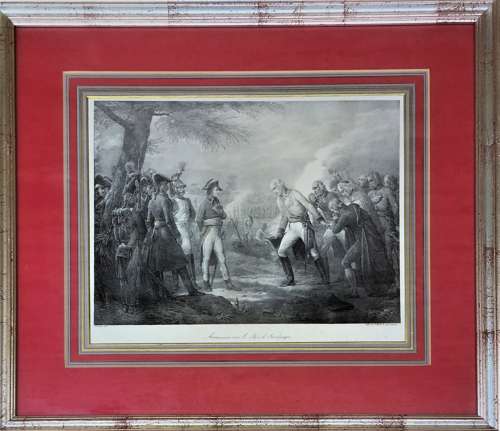