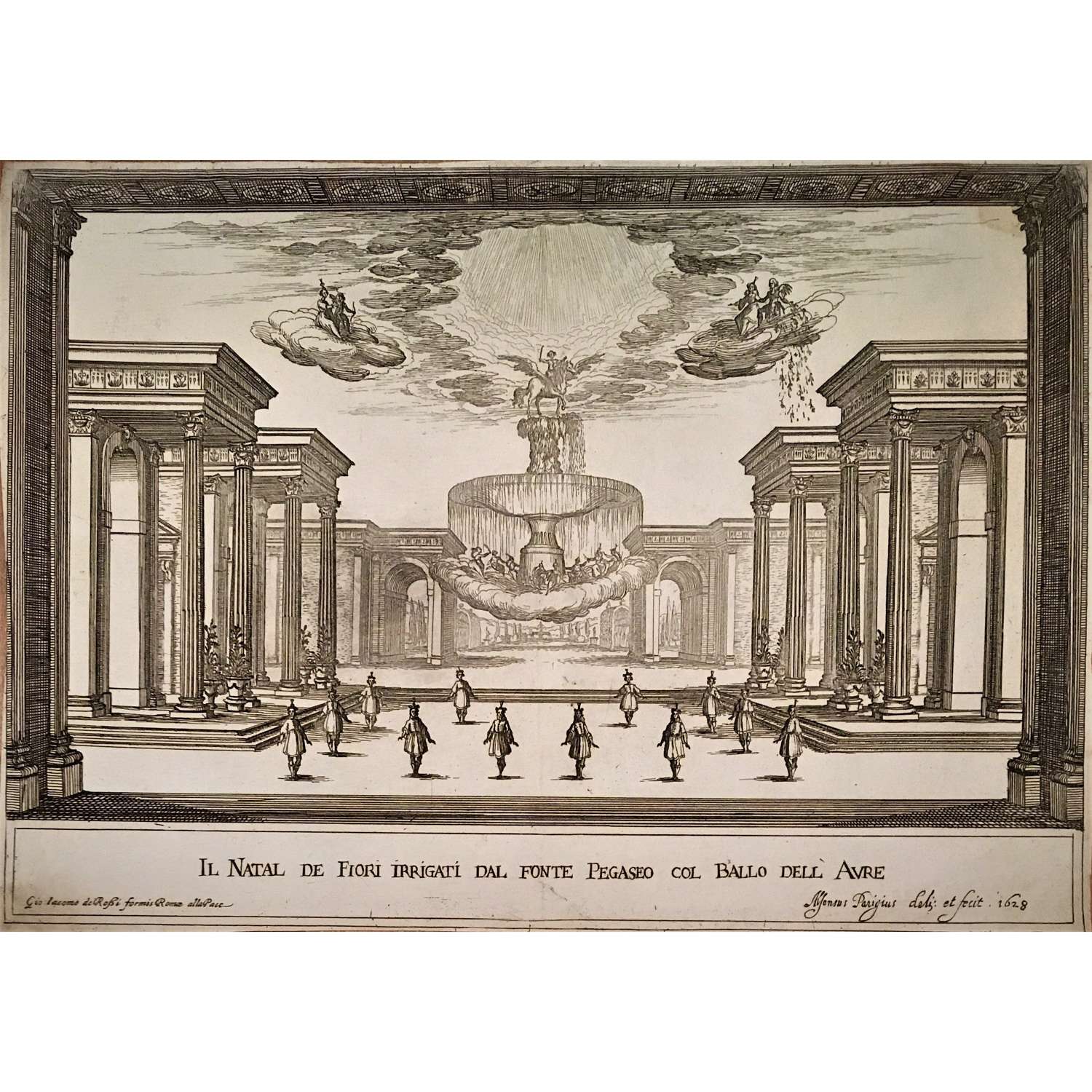 The marriage took place in Florence on 11 October 1628. The wedding celebrations were accompanied by great spectacle and pageantry, including the performance of Andrea Salvadori, Jacopo Peri and Marco da Gagliano's opera La Flora (La Flora, o vero Il natal de' fiori (Flora, or The Birth of Flowers)), which was composed especially for the occasion and  was performed on 14 October 1628 in the Uffizi Theater (sometimes referred to as the Teatro Mediceo). The reaction of those who attended is described in L'Harmonie universelle (1637):

The spectatators declared that they had never heard nor seen anything like it, either for the beauty of the recitative that each actor gave in reciting and singing on the stage, or for the majesty of the poetry, or for the richness, and the machines that represented the thunders and lightenings, and other storms with such perfection that the spectators remained astounded and ravished.

The print despicts Parigi's set design for the Grand Finale of Act 5. In the background, Apollo descends on Pegasus above the Muses' fountain. To the right, Amor's tears fall to earth as flowers. All the protagonists are led into the sky on two clouds. The "Dance of the Breezes" (or "Balletto delle Aure"), with which the opera closes, is taking place at the front of the stage. 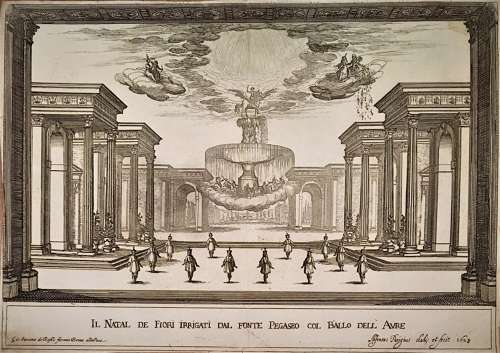