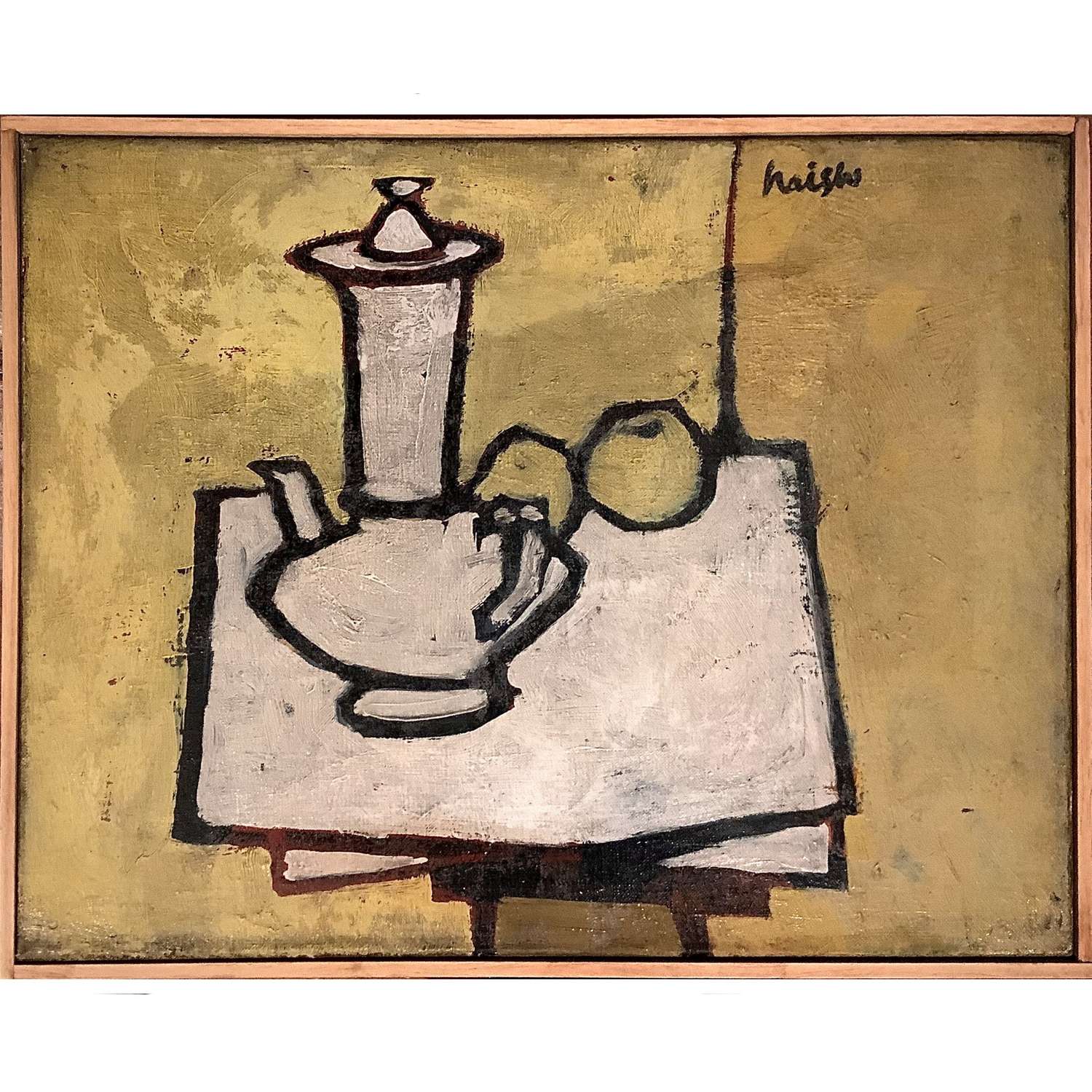 Partial original label verso with the artist's name, the title and an expunged price in guineas.

Peter Haigh was born in Yorkshire and aspired to be an artist from an early age; he sold his first painting when he was just 15 years old. His first job was as an apprentice textile dyer. At the outbreak of World War II he volunteered to join the army and served mainly in the Far East. After he was demobbed he studied at Heatherleys School of Art under Iain Macnab and at Goldsmith's School of Art, where he was to meet his future wife. From 1952-53 he was sponsored to paint in France and set up a studio at Sanary-Sur-Mer on the French Rivera. Around this time he exhibited in various group exhibitions, including shows with a number of important dealers including Leicester Galleries, Redfern Gallery, Roland Browse & Delbanco, Beaux Arts and the Zwemmer Gallery but he then declined to show his work for nearly 30 years.

This still life with a coffee pot and apples arranged on a table is typical of his 1950's abstract-figurative style, which was much influenced by 'La Nouvelle École de Paris' (or Second School of Paris). It is very reminiscent  of paintings by his near exact contemporary William Scott R.A., who was similarly influenced by 50's Parisienne painting. Haigh's works from the 1950's are of great merit and are now particularly scarce. The painting here, although rendered in a typically limited palette, is full of fascinating textures and pentimenti as the artist has experimented with the composition and in breaking down the forms to their simplest essence whilst still representing recognisable objects within a still life. As Haigh's career developed he became less concerned with figuration and more interested in compositions which juxtapose solid forms in single tones. Elements of the work here seem to foreshadow his future artistic direction