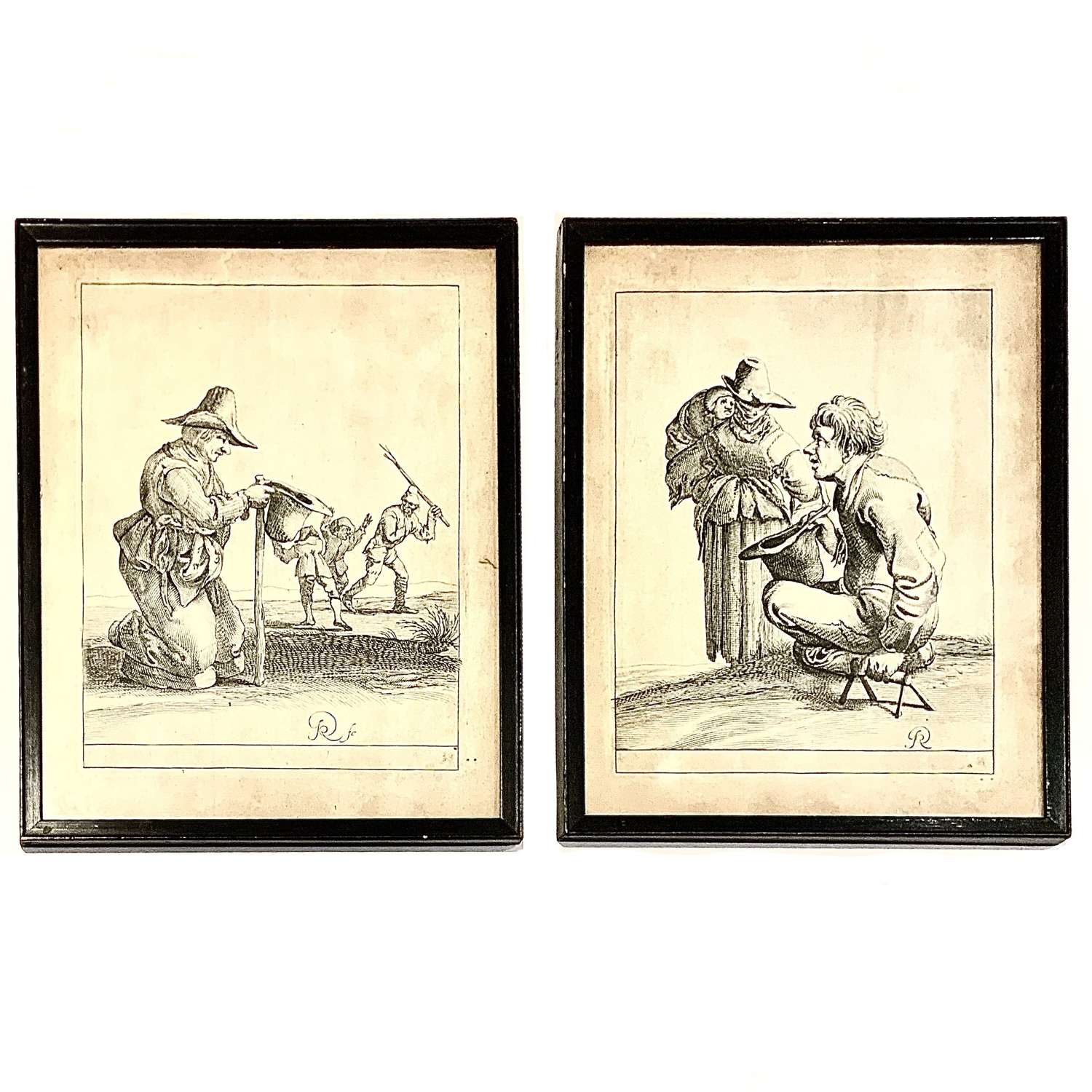 A powerful pair of 17th Century etchings depicting crippled beggars and peasants. These come from the series of twenty-six images engraved by Quast under the title "Tis Al Verward-Gaeren" ("The Yarn is Already Tangled") which was probably designed to serve as a reminder to viewers of the confused nature of society and the obligation of the wealthy to contribute alms to the poor and needy - especially to the disabled and those injured by conflict.

The plate numbers have been expunged but one image, originally No.13, depicts a beggar with patched clothing seated with a hand crutch to his side holding out his hat, a peasant woman with his back to him with an infant observing over her shoulder. This image is signed "PQ fe[cit]" (lower centre right). The other image, originally No.17, depicts a hat wearing beggar kneeling on pads, having lost his lower limbs, holding out another further hat with a stick in his hands, in the background a farmer threatens to beat two children with a stick. It is signed with a "PQ" monogram device (lower right)

Pieter Quast was born in Amsterdam in 1606 and spent his career between this merchant city and the Hague. Little is known about his early life and training. He was married in Amsterdam in 1632, at the age of 26, and two years later became a member of the guild of Saint Luke in the Hague. He may also have served as drawing teacher to Prince Willem II of Orange.

Quast was influenced by artists such as Adriaen Brouwer, whose paintings created a vogue for irreverent subjects. His paintings of daily life often illustrated fraud and deceit, especially when they related to pithy sayings. At the same time, he was capable of depicting elegant gatherings and military subjects, as well as scenes from theater. The more humble subjects sometimes drew on the work of printmakers such as the Frenchman Jacques Callot, and his paintings have occasionally been attributed to the painter-printmaker Adriaen van Ostade, who shared his taste for caricature. Quast returned to Amsterdam before 1643 and died in poverty in 1647. 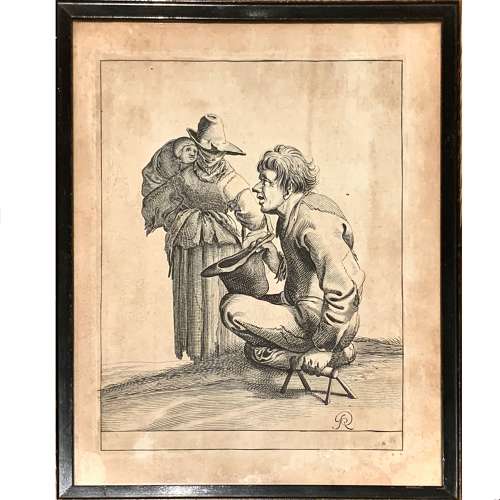 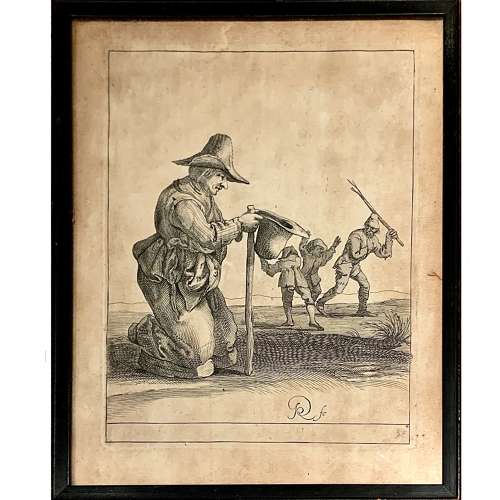