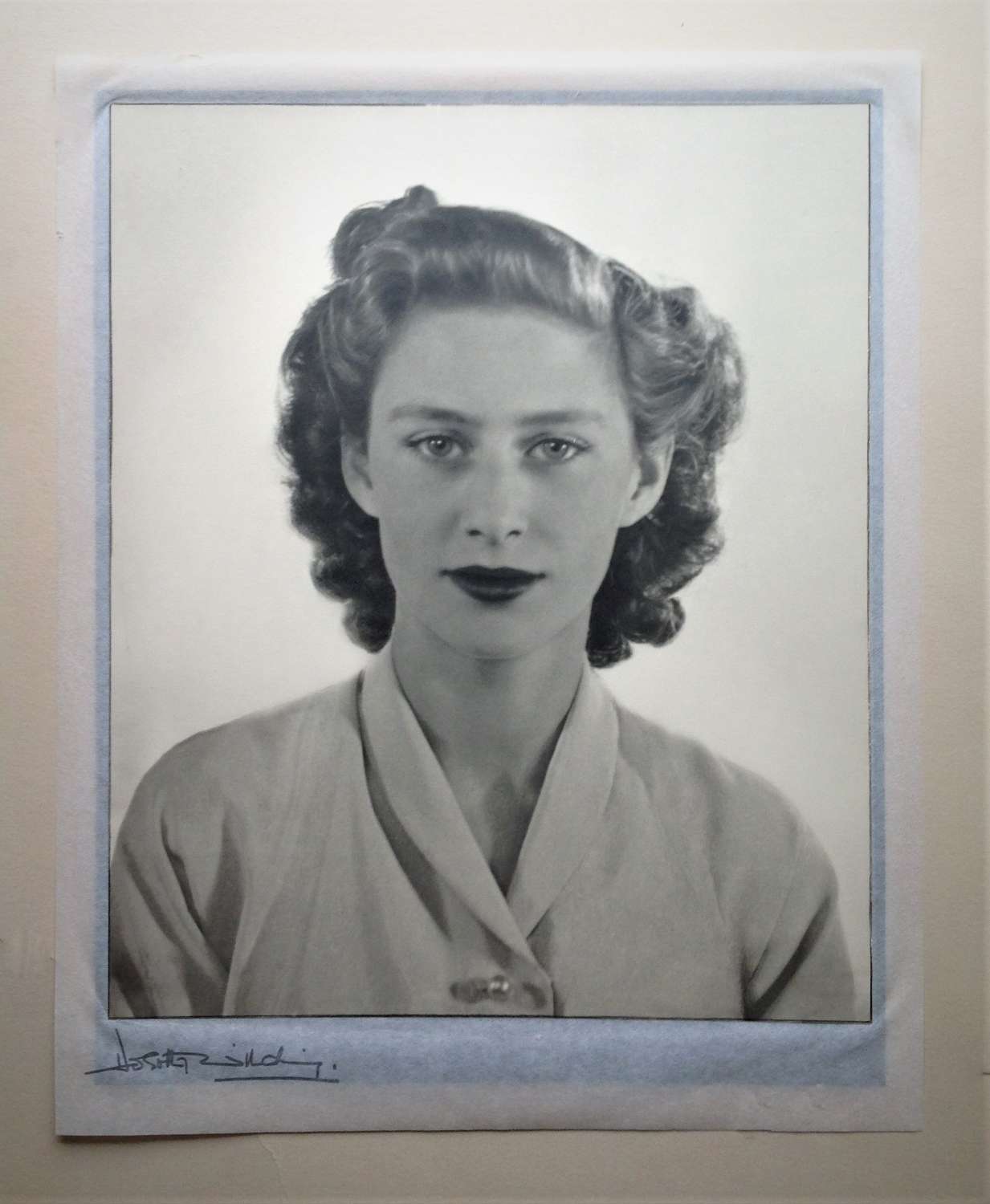 A large bromide print of Princess Margaret (1930-2002), Countess of Snowdon, CI, GCVO, GCStJ, CD, younger daughter of King George VI and Queen Elizabeth, and only sibling of Queen Elizabeth II. Shown head and shoulders, facing the viewer. A contemporary print of the image, taken in 1948, signed "Dorothy Wilding" on the original tissue mount.

Dorothy Wilding was the first woman to be appointed as Official Royal Photographer and this striking image was made to commemorate Princess Margaret's 18th Birthday. The picture was taken on 21 June 1948 at a sitting at Buckingham Palace which was arranged for photographic portraits to be made of Princess Margaret ahead of her birthday and to provide up-to-date images of King George VI, Queen Elizabeth and Princess Margaret for use on commemorative stamps to be issued to mark a planned Royal Tour of Australia and New Zealand.