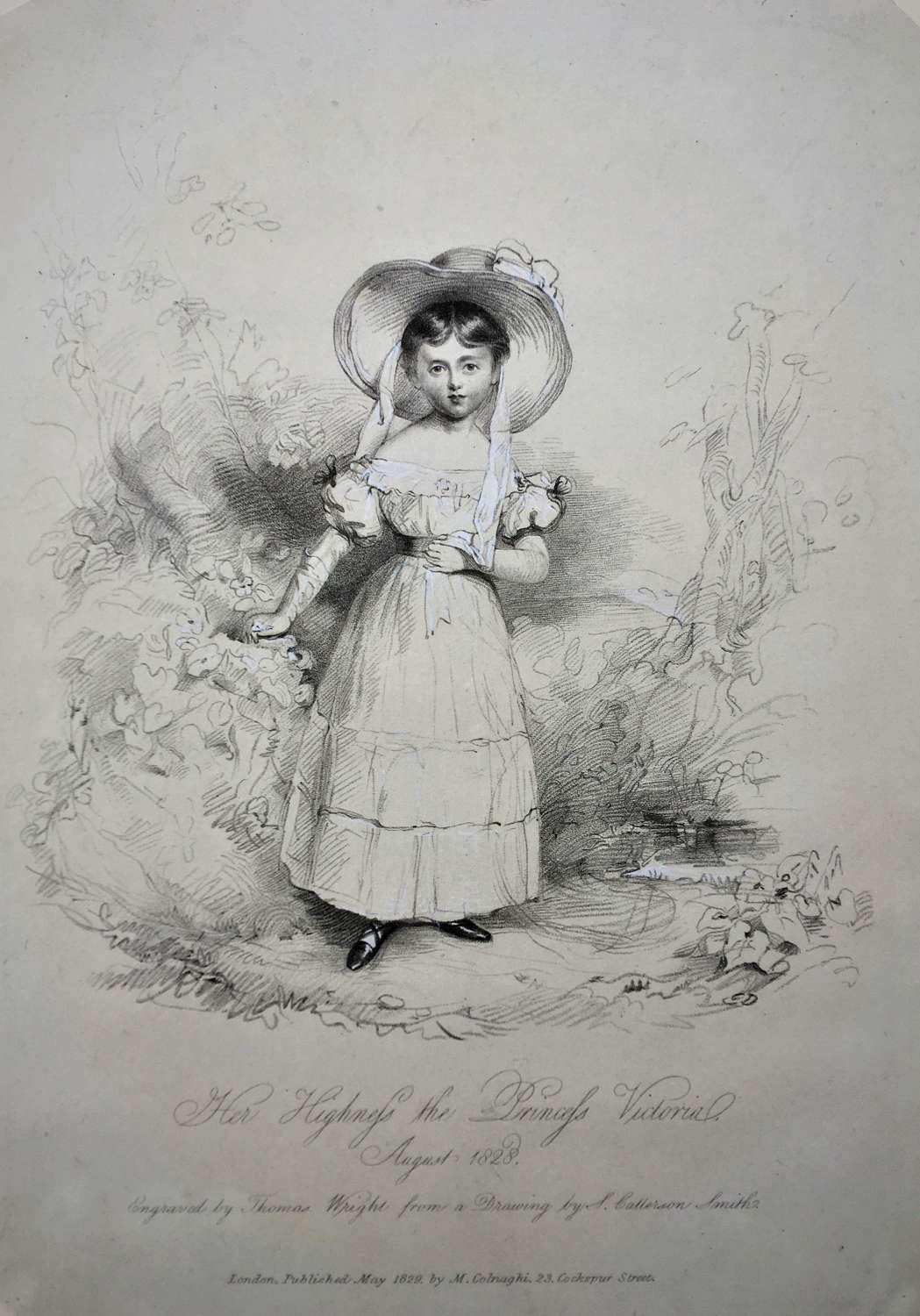 Queen Victoria (as a Princess, aged 9)

Stipple engraving, with original hand-highlighting in white gouache. Queen Victoria as a young princess wearing a wide-brimmed hat with a bow tilted back, gown with sash, and wearing long gloves. Depicted full length, out-of-doors with foliage around, left hand to her waist, right extended to touch an embankment. Title and publication details below.

The portrait painter Stephen Catterson Smith P.R.H.A. (1806-1872) was born in Yorkshire and trained at the Royal Academy schools and in Paris. He moved to Dublin in 1845, where he painted many well-known Irishmen and members of the Irish artistocracy. He was elected President of the Royal Hibernian Academy of Arts in 1859 and was appointed Director of the National Gallery of Ireland in 1868.

Smith's drawing of the future Queen Victoria has here been engraved by Thomas Wright (1792–1849), an extremely distinguished print-maker who had spent much time working for the Russian Court alongside his brother-in-law George Dawe R.A.