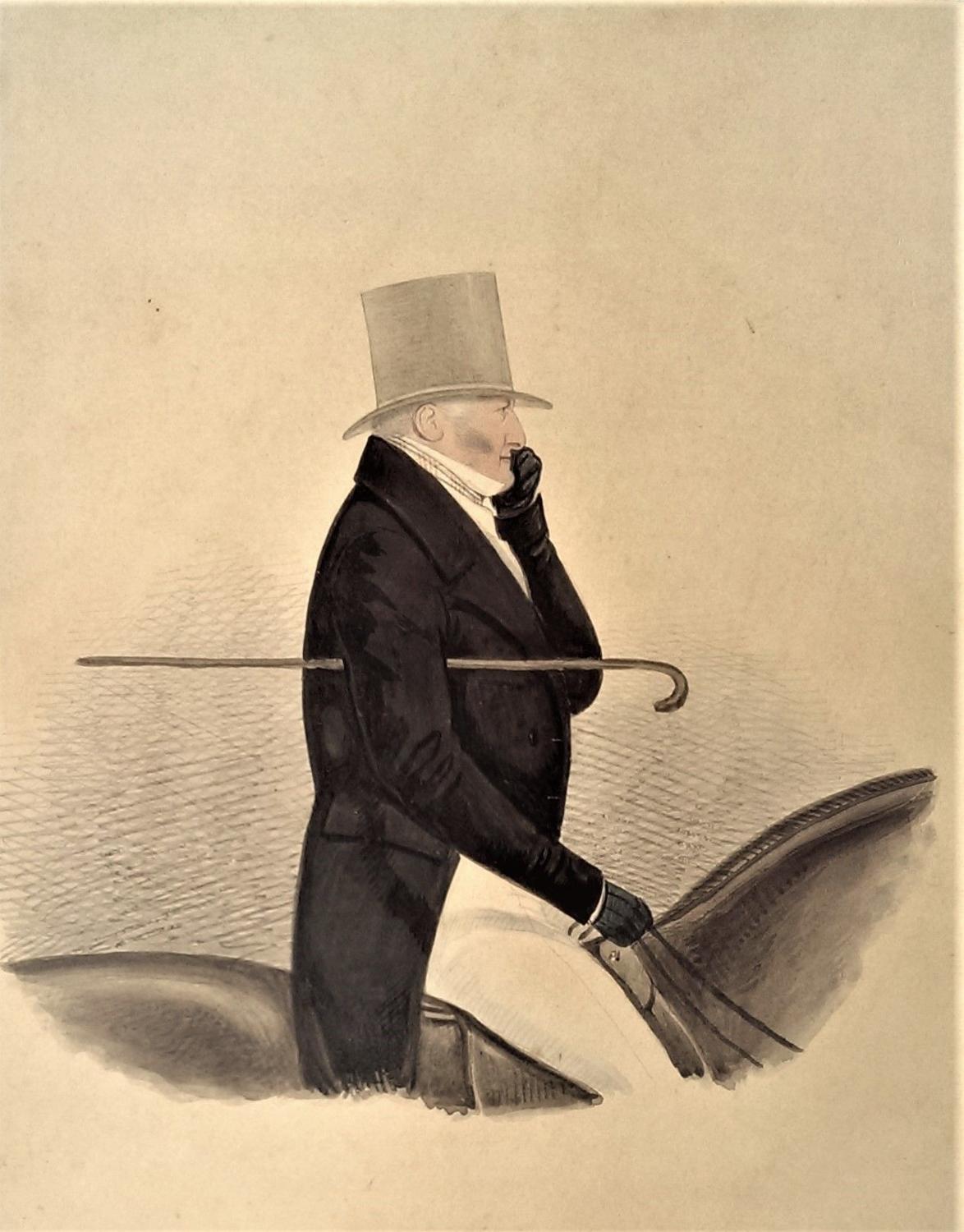 Henry Elwes is mentioned in the diary of Joseph Farington R.A. where he is described as being one of the richest men in Gloucestershire.1  The Elwes family were well connected but the wealth of Henry’s particular branch stemmed largely from his grandfather, the eccentric Member of Parliament for Berkshire John Elwes (1714-1789), who went by the nickname “Elwes the Miser”, was one of the inspirations for Dickens’ character Ebenezer Scrooge and was famed for being the thriftiest man in England. Henry Elwes’ father, (another John Elwes (died 1817)) had served as an officer in the 2nd Troop of Horse Guards2 and was one of the two acknowledged sons of John Elwes Sr. born out of wedlock to his housekeeper, Elizabeth Moren.3 In the year of Henry’s birth, John Elwes Jr. acquired Colesbourne Park, between Cirencester and Cheltenham and also inherited a vast fortune and lucrative property interests from his father. With this new wealth he consolidated his Gloucestershire estate until it extended to around 6,000 acres. He ultimately served as High Sheriff of that county.

Henry Elwes’ mother appears to have been one of his father’s cousins, Margaret Olley Elwes of Stoke, Suffolk. She possibly died in childbirth, as late in 1789 his father remarried Sarah Haynes (née Allen) (1761-1817) a widow4. The new marriage, however, quickly fell apart and the situation became something of a cause célèbre when John Elwes Jr. sought to divorce Sarah for adultery in a case known as “Elwes v Elwes” [1796]. In the ruling which followed, John Elwes Jr. was granted an Ecclesiastical Divorce (he and Sarah ceased to cohabit but the legal status of their relationship did not fully terminate). Sarah subsequently became an intimate friend of the radical philosopher William Godwin (1756–1836) but neither she nor her husband was free to re-marry. She therefore technically remained Henry Elwes’ stepmother until her death in the same year as her estranged husband.

Despite what might have been a very  upbringing, Henry Elwes seems to have been well adjusted. In July 1813 he married Susan Hamond of Westacre in Norfolk and, in due course, inherited over £300,000 and various properties from his father (and further substantial properties in Norfolk from his wife’s family). He divided his time between Colesbourne Park and Portman Square and he and his wife had five daughters and two sons (one of whom was the wealthy Victorian artist and travel writer Robert Elwes (1819–1878)). He was also the grandfather of the distingushed botanist and entomologist Henry John Elwes (1846-1922). Henry Elwes seems to have had a particular interest in agriculture and was described by his wife as being “farming mad”.5

Richard Dighton, a son of the artist Robert Dighton, left London for Cheltenham in 1828 which, as an increasingly popular spa town, offered an enticing array of customers to portray. In November that year, he took out an advertisement in the Cheltenham Journal to publicise his services as a portrait painter. It is not surprising, therefore, that he made likenesses of Henry Elwes (Colesbourne is only 8 miles from Cheltenham). Dighton made numerous potraits of Gloucestershire and Worcestershire gentry in his distinctive watercolour style; his practise is interesting as it spans the era which saw the invention of photography. Although Richard Dighton was also a printmaker (as his father had been) and lithographer he often produced several original versions of the same image - so that paintings, rather than printed reproductions or photographs, could be distributed within families. Another version of this painting remains in the possession of Henry Elwes’s direct descendants. Richard Dighton's eldest son, Richard Jr (1823-91) ultimately established himself as a photographer in Cheltenham in the mid-1850’s.

Work’s by Richard Dighton can be found in the Royal Collection, the British Museum, the Ashmolean Museum and the Wilson (Cheltenham Art Gallery & Museum).

The other version of this portrait was loaned by the Elwes family and exhibited in “An interesting group: Portraits by Richard Dighton (1796-1880)”; Cheltenham Art Gallery & Museum 29th January–12th March 1983 and Worcester City Museum & Art Gallery 19th March–30th April 1983.