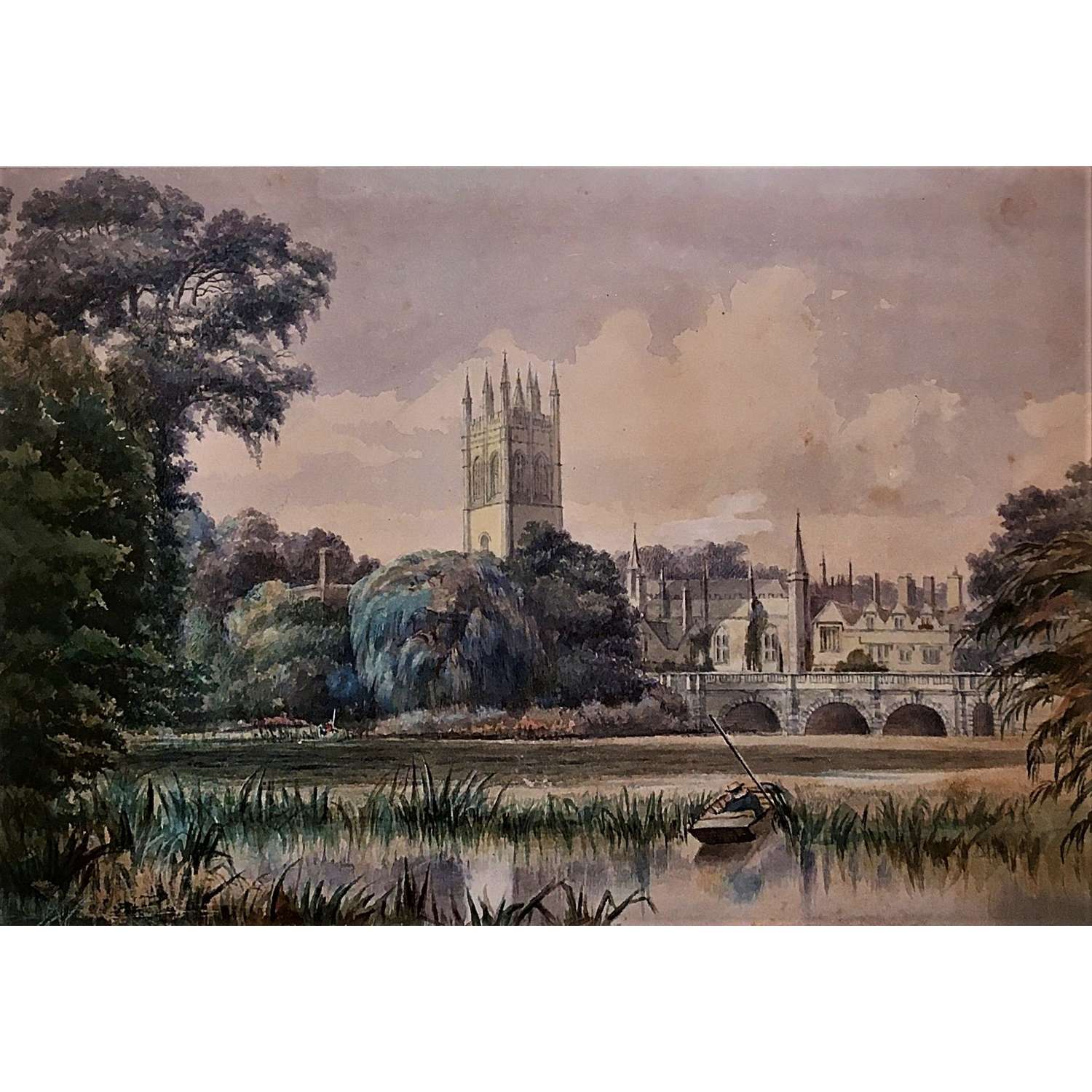 Samuel Pepys Cockerell (1844-1921) was the youngest son of the architect Charles Robert Cockerell RA (1788–1863). After studying at Christ Church, Oxford, Cockerell entered the Royal Academy Schools and exhibited at the Royal Academy on twenty three occasions between 1875 and 1903. He described himself as an "Artist, Painter & Sculptor". He was a close friend of Frederic, Lord Leighton P.R.A.

A similar watercolour dated 1866 is known of, the painting here probably dates to a similar period and certainly predates the building of the conservatories in the University Botanic Gardens (to the left of the bridge), which were constructed in 1893. 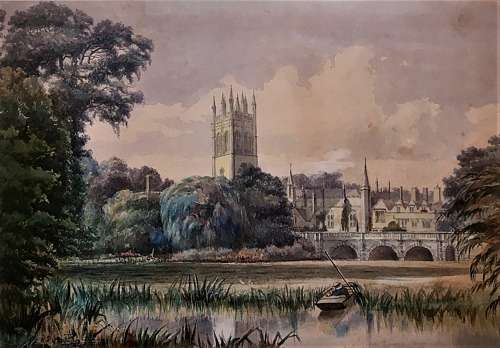