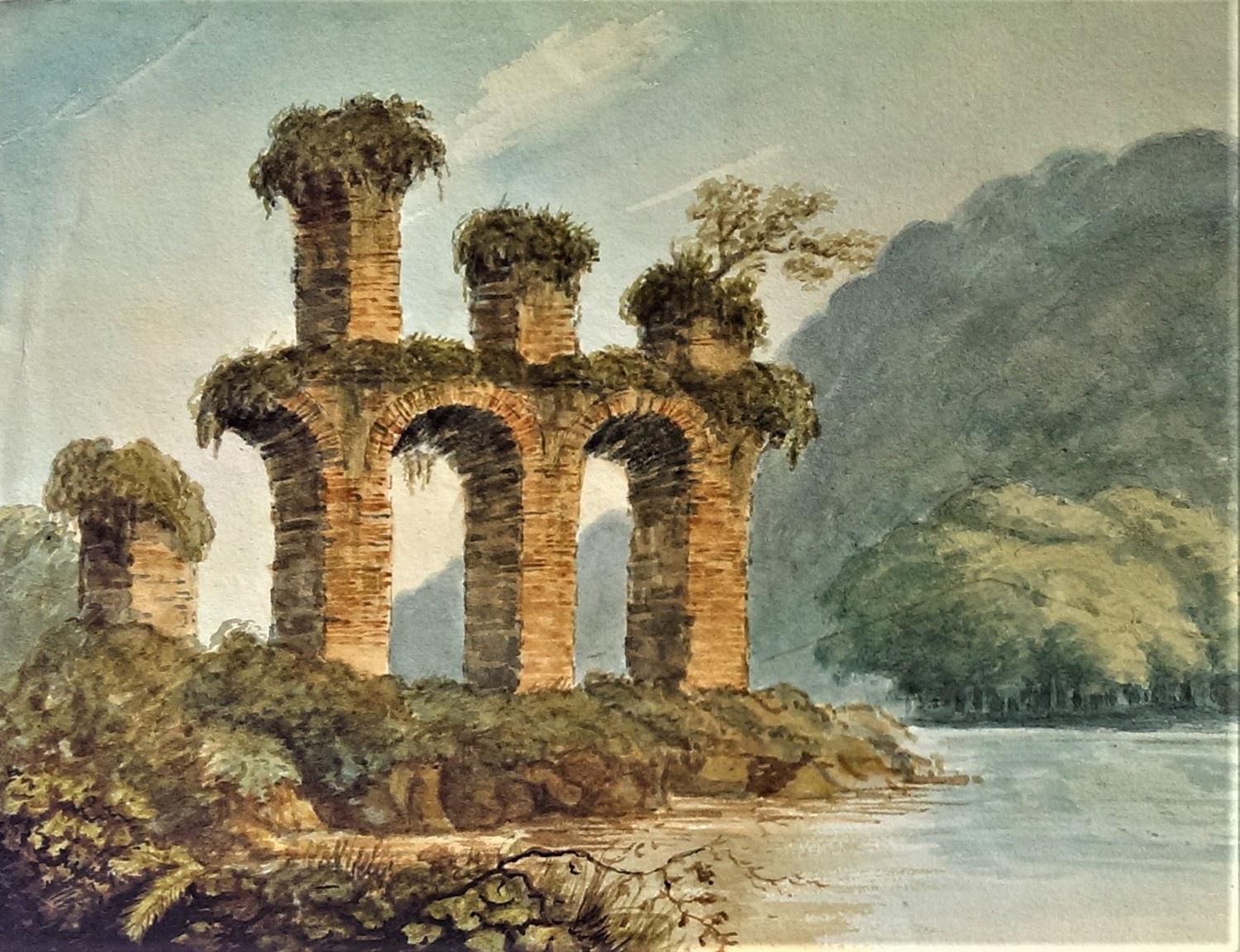 Sir Henry Engleﬁeld (1752–1822) came from a long-established recusant gentry family. Barred as a Catholic from any political career he pursued other interests to the full. A polymath, Englefield was an inventor, scientist, astronomer and antiquary. He was elected a Fellow of the Royal Society in 1778 and of the Society of Antiquaries in 1779.

He had certainly travelled to Italy before 1781 as, in that year, he was elected to the Society of Dilettanti for which having made the Grand Tour was a prerequisite for Membership. (He would ultimately serve as the Society’s Secretary for fourteen years from1808 until his death and he also served in the role of honorary “Antiquary” to the Royal Academy).

Though Engleﬁeld's own drawings are extremely scarce, he appears to have been a keen amateur draughtsman and was certainly a diligent supporter of other artists. He was a friend of Dr Thomas Munro whose informal "academy" launched the careers of many distinguished artists. Engleﬁeld was a contributor to the costs of the care which Munro arranged for John Robert Cozens (1752–1797).

Engleﬁeld seems to have met the young John Sell Cotman in around 1803 and it was Engleﬁeld's sister Teresa who, as wife of Francis Cholmeley of Brandsby Hall, played host to Cotman on his three pivotal trips to Yorkshire in the summers of 1803–1805. Cotman ultimately described Englefield as one of his most loyal friends and dedicated his Miscellaneous Etchings him (jointly published by Boydell and Colnaghi in 1811). Cotman also presented Englefield with a Graphic Telescope (a form of camera lucida which had been designed by Cornelius Varley) to facilitate his patron’s accuracy in drawing.

This watercolour by Englefield possibly dates to the 1770’s. A manuscript note on the back of the work reads:

The section of ruined aqueduct depicted is, as yet, unidentified, but it possibly represents a section of the structure near the village of Moría close to Mytilene on the Greek island of Lesbos or it maybe part of one of the several ancient aqueducts which which originated in the River Aniene, east of Rome and provided the source of much of the ancient city's water.