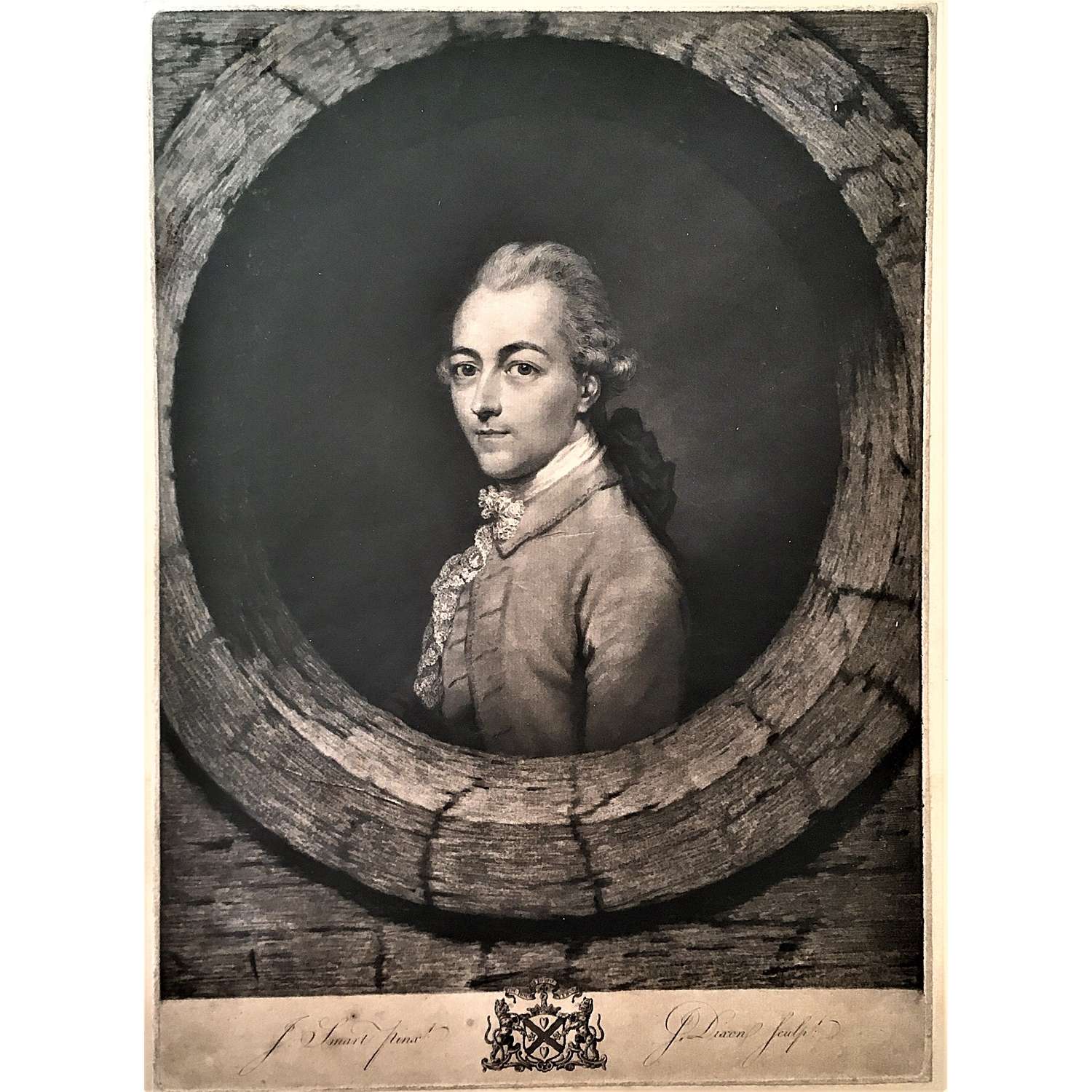 Taylor was born in the Colony of Jamaica in 1745 where his family had amassed a huge fortune through the ownership of sugar plantations, worked by slaves. He returned to England to be educated and in due course attended St John’s College, Oxford.

A collector and patron of the arts, he embarked on a Grand Tour in 1770. His portrait appears in Johann Zoffany's masterpiece of the 1770's "The Tribuna of the Uffizi in Florence".

The plate here was probably issued in 1776 to mark the sitter's election to the Society of Dilettanti and his having been made a Fellow of the Royal Society. He was created baronet of Lyssons Hall, Jamaica in 1778, the year in which he also married Elizabeth Goodin/Gooden Haughton (1758-1821), who was also heir to a large Jamaican, slave-property derived fortune. They lived in a grand house on Hill Street, Berkeley Square, Mayfair. Her portrait was painted, amongst others, by Sir Joshua Reynolds (now in the Frick Collection, New York). The wedding between John and Elizabeth was initially delayed due to her family's disapproval of his, supposedly, profligate lifestyle.

Sir John Taylor died whilst visiting Jamaica to tend to his wife's plantations which had been badly damaged by a series of hurricanes. 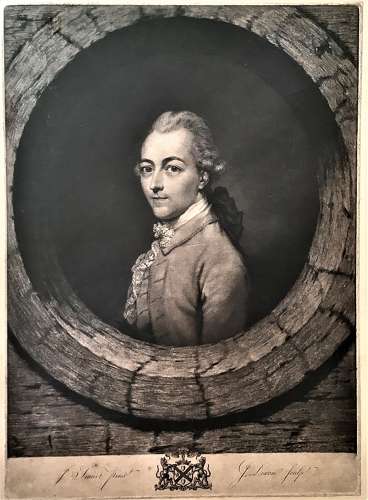