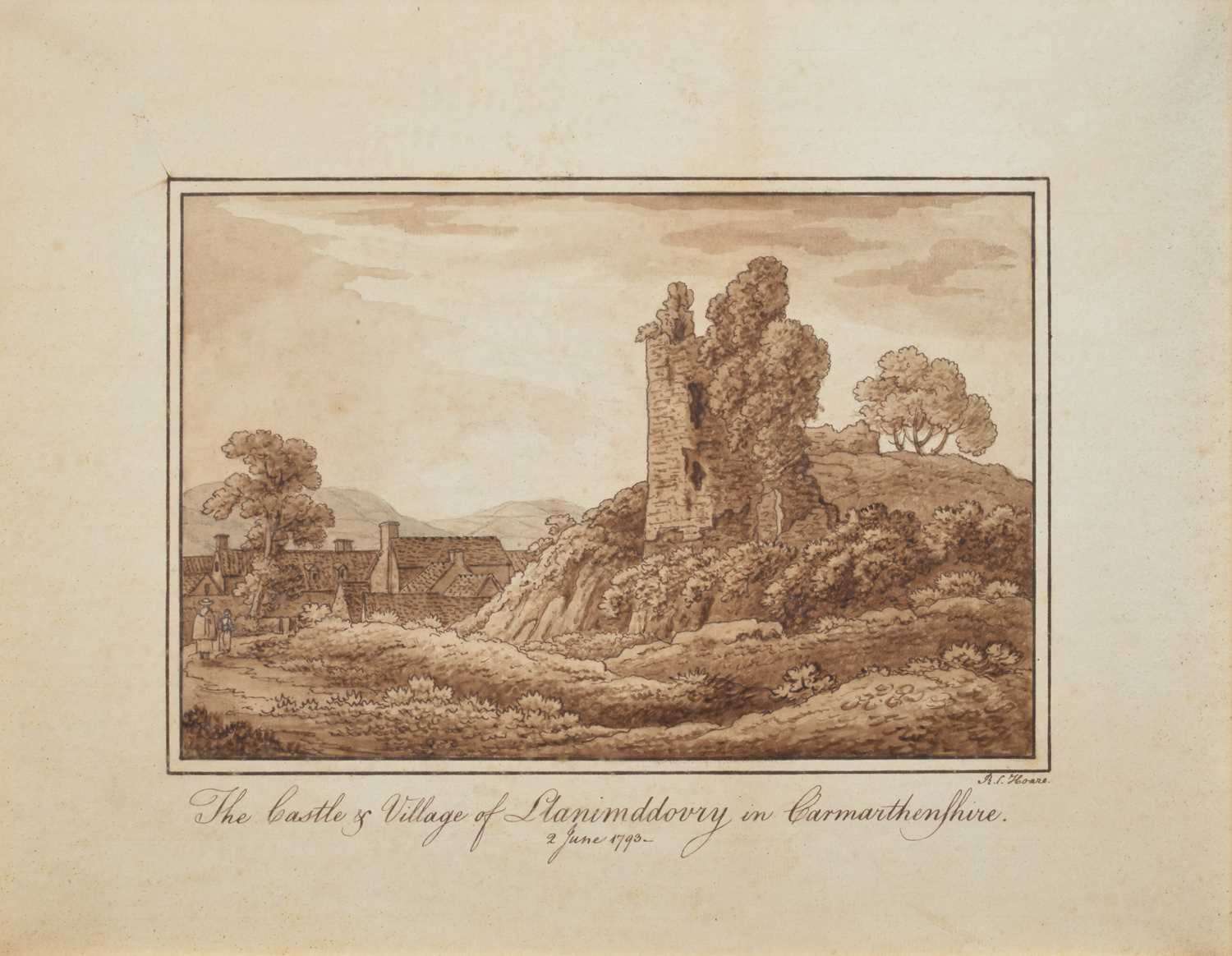 Sir Richard Colt Hoare was a discerning parton and a highly accomplished amateur artist. He inherited Stourhead in Wiltshire from his grandfather Henry Hoare "The Magnificent" (1705-85) on his marriage in 1783, on the condition that he left the family's London banking business and severed the links between the bank and the estate to ensure its survival as a serperate entity.

Richard Colt Hoare's wife died in childbirth in 1785 followed, almost immediately, by the deaths of their second son and then his grandfather. Deeply shaken, and "needing new scenes and new occupations… to detach my mind from melancholy reflections"1, he embarked on a Grand Tour and he remained on the Continent for almost the whole of the next six years (returning only briefly in 1787 on the death of his father and the inheritance of his baronetcy).

He returned to England at the outbreak of the French Revolutionary Wars and never went abroad again; instead he concentrated on seeing and recording the neglected ancient sites of his homeland.  He developed a particular fondness for Wales:

The love of drawing, and of picturesque scenery, which most frequently influenced my motions induced me to turn my thoughts towards Wales in the summer of the year 1793.2

Leaving Stourhead on 1st May 1793 he made a tour of South Wales, returning on 9th July of that year. Llandovery (referred to also as Llanimddovry or Llanymddyfri before 1840)3 is a market town in Carmarthenshire. Visits to picturesque ruined castles on the 1793 trip included those at Llandovery, Cilgerran, Newport (Pembs.), Carew, Pembroke and Kidwelly.4 Most of Richard Colt Hoare's Welsh paintings were dispersed at the Stourhead Heirlooms Sales at Messrs. Christie, Manson & Woods on 2nd June 1883 or with the remaining contents of the Stourhead library, "water-colour and other drawings; valuable topographical works", sold by auctions at Messrs. Sotheby, Wilkinson & Hodge in 1883 and 1887. Few are still held privately, many are bound together in volumes now held by the National Library of Wales in Aberystwyth.

Sir Richard Colt Hoare's preferred method of recording scenes was with pen and brown ink, with brown and grey-blue wash over a pencil outline. His drawings are often similarly presented with a copper-plate manuscript title and specific date, acting as a visual diary of his travels. However, they err away from being mere topographical pictures. He liked to think that he had made a distinct contribtion to art in his encouragement of other artists, such as J.M.W. Turner, to move "away from topographical accuracy to a portrayal of place in which the artist’s feelings mattered more than literal depiction".5 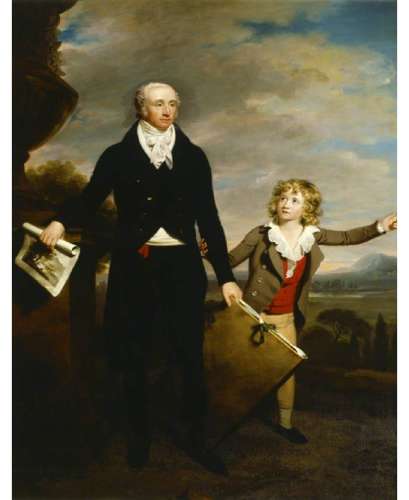