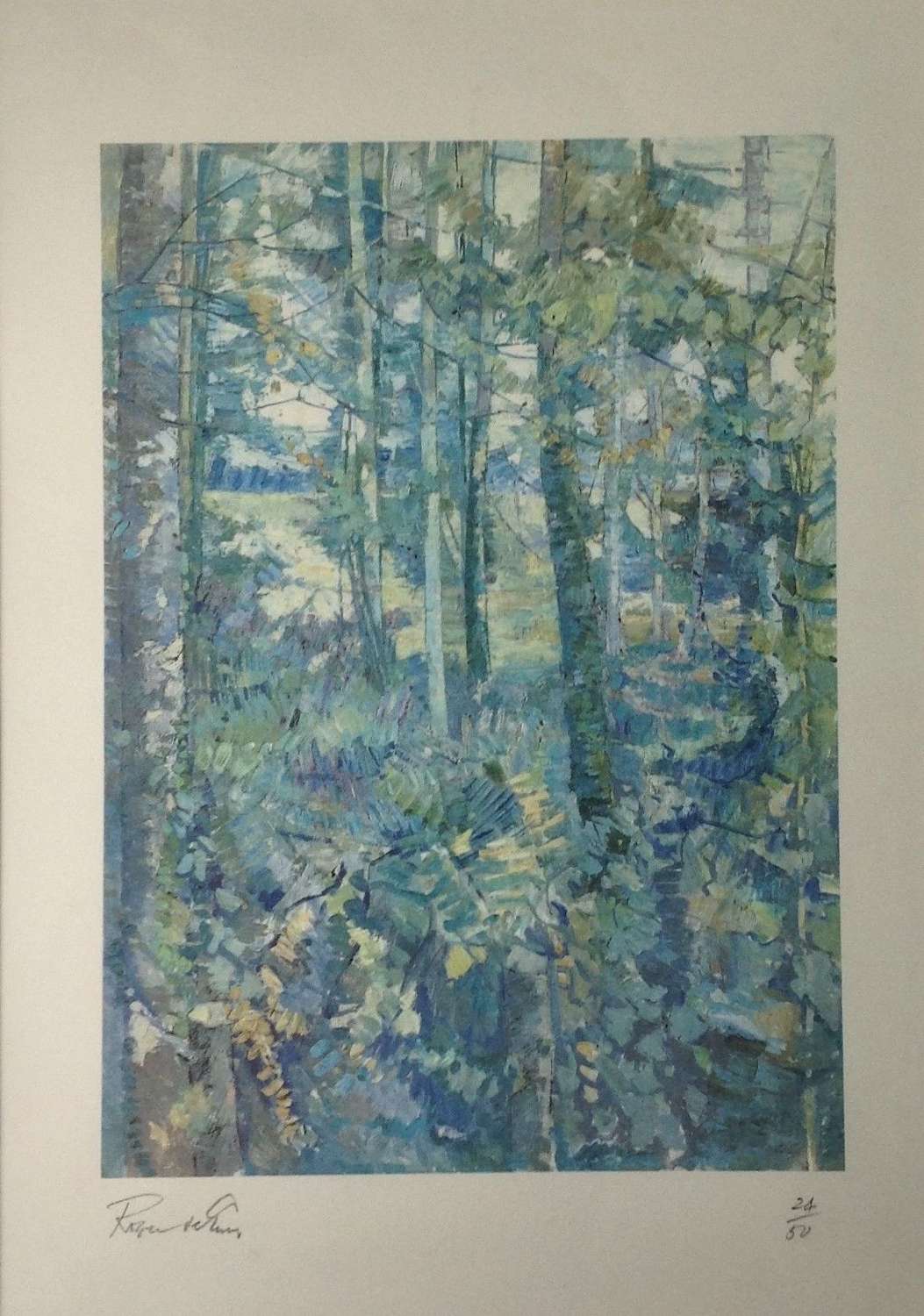 From around the 1970's onwards Roger De Gray was drawn increasingly to the landcape of the Charente-Maritime on the western coast of France, an area known for its hot summer climate. This picture in particular captures a feeling heat within a pine wood. The forêt de la Coubre (one of the regions largest pine forests) is a major feature of the Charente-Maritime's landscape. With regards to this particular scene, the artist recalled:

Having captured this piece of woodland in paint, he returned the following year to make further pictures - only to discover that the trees here had all been felled and the woods bulldozed flat.

Roger de Grey was a nephew of the Camden Town artist Spencer Gore. He had a long and very distinguished career as an artist and teacher. He was elected an Associate of the Royal Academy in 1962 he became a full Academician in 1969. He was made President in 1984 and served as such until 1993. His obituary in 'The Independent' described him as "one of the Academy’s greatest presidents of this century".