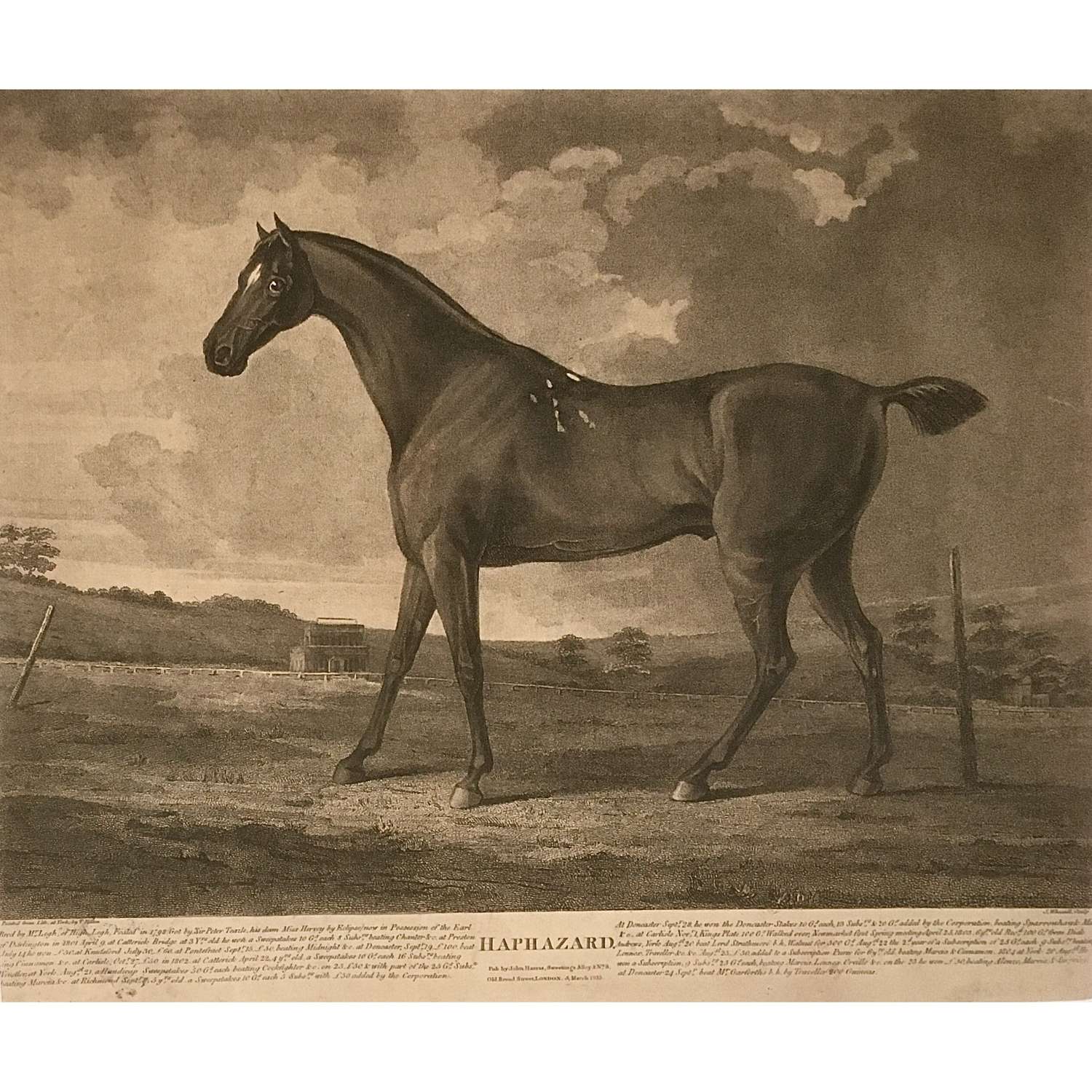 Lettered beneath the image with the title "HAPHAZARD" and publication details, "Painted from life at York by T Hilton" and "J. Whessell, Sculp", "Pub by John Harris, Sweetings Alley & No.8. / Old Broad Street, London, 5 March 1815". With extensive details of the horse's lineage and racing history.

"Haphazard" was bred by Mr Legh of High Legh and foaled in 1797. He was purchased prior to his career on the turf by William Henry Vane (1766-1842), 3rd Earl of Darlington. The horse's sire was the Earl of Derby's famous "Sir Peter Teazle" (the winner of the 1787 Derby Stakes) and his dam was the Eclipse filly "Miss Hervey". The celebrated early racing commentator "The Druid" described "Haphazard" as a "gay, nag-looking horse, with a low back and very fine action, but never a great favourite. Billy Pierse thought he had hardly ever been on a truer four-mile horse than him and Agonistes, both of the same age, both by Sir Peter, and companions in the Raby stable". During a racing career of six seasons of "Haphazard" won more than fifteen races, his best victories probably being consecutive wins in the Great Subscription Purse for Six Year Olds Plus at the York August meetings of 1803 and 1804.

Another print after a painting of "Haphazard" by Ben Marshall was owned by the Earl of Darlington at Raby Castle and engraved by William & George Cooke. It was published by Marshall in 1805.

Very scarce. Not in British Museum (who only hold a copy of the Marshall engraving of Haphazard).

Trimmed to within the platemark on three sides. Small margin to the bottom. Text block has been seperated but retained and rejoined verso without loss of text. 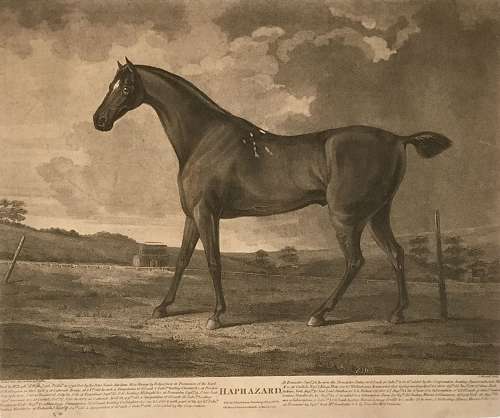