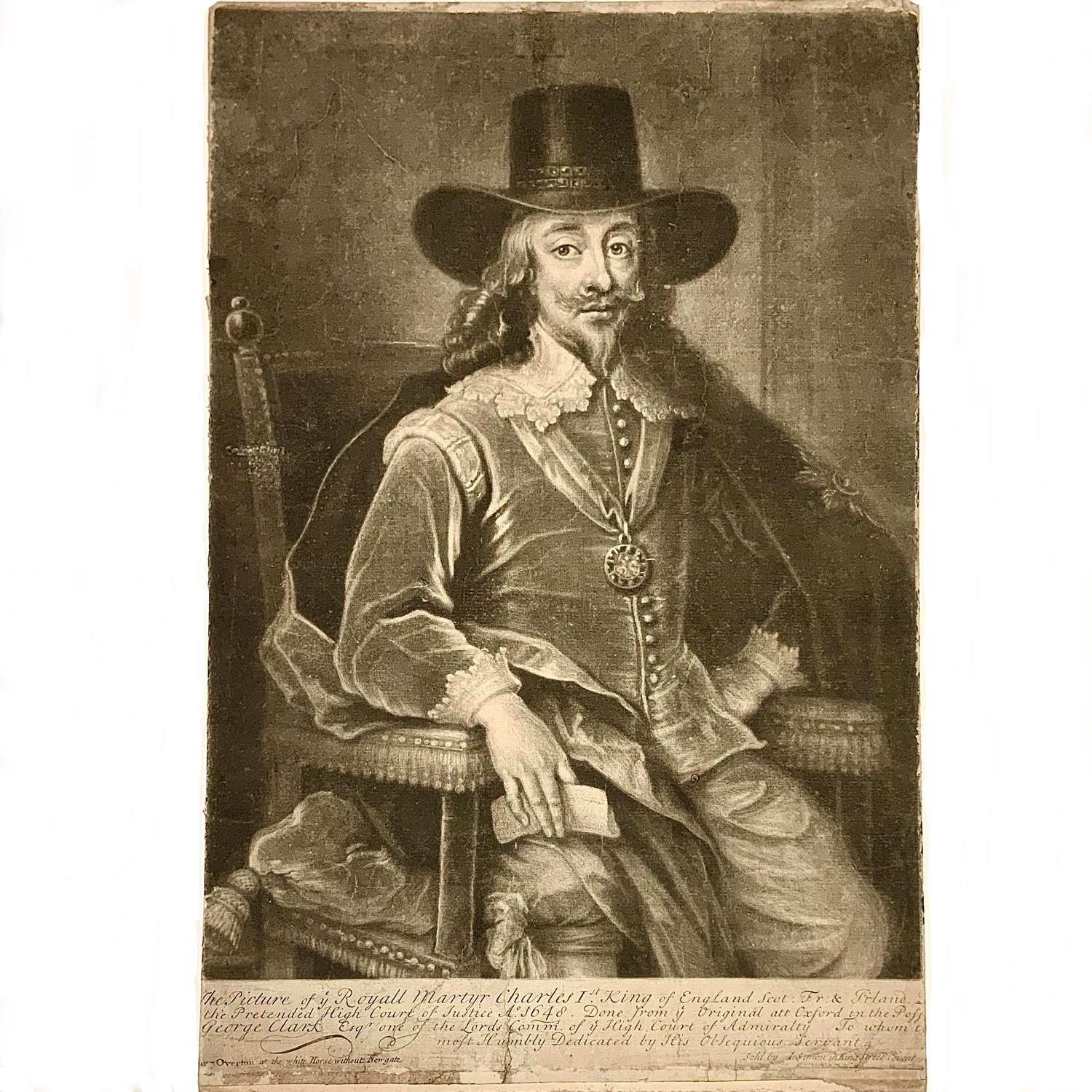 Portrait of Charles l whilst on trial. Three-quarter length, seated to right, left hand on his hip and a folded paper in the other, wearing a tall hat, collar, George medallion, and cloak. Lettered with full title "The Picture of the Royall Martyr Charles Ist King of England Scot: Fr: & Irland. D: F: in the Pretended High Court of Justice Ao. 1648. Done from the Original att Oxford in the Possession of George Clark Esqr one of the Lords Comms. of the High Court of Admiralty To whom this is most Humbly Dedicated by His Obsequious Servant." Lettered at bottom: 'Henry Overton at the white Horse without Newgate', and 'Sold by I. Simon in King Street Covent Garden'

Fourth state (of four) after reworking to the figure, background and alternation of the inscription. Scarce. See British Museum 1902,1011.975 and 1950,0520.367 and Royal Collection. Laid on board, old marks, creases and wear.

Literature:-
Chaloner Smith 1883 / "British Mezzotinto portraits from the introduction of the art to the early part of the present century" (24.III) 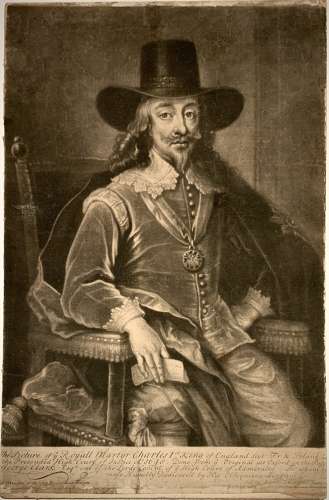