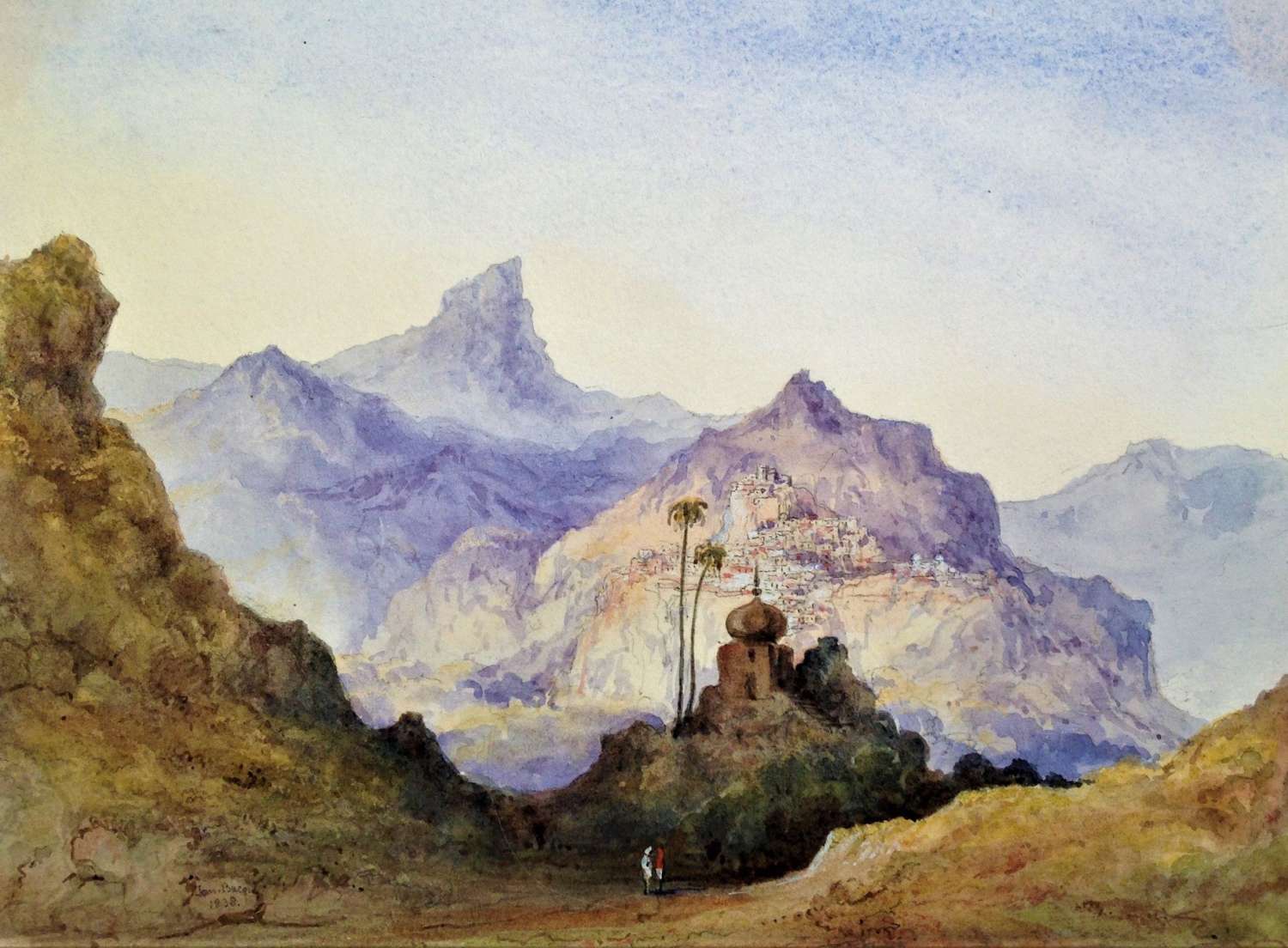 Thomas Bacon (1813-92) was a son of the sculptor John Bacon the Younger (1777-1859). He served as a lieutenant in the Bengal Horse Artillery and was himself a very talented artist. He collected a number of his sketches, drawings and writings in a book entitled "First Impressions and studies from nature in Hindostan: embracing an outline of the voyage to Calcutta and the Doab, from MDCCCXXXI to MDCCCXXXVI", published in London in 1837.

Thomas Bacon's most important artistic contributions are probably those which he made to Horace Hayman Wilson's Oriental Portfolio, published in two volumes in 1838 & 1840. The views in this publication were mostly taken from sketches drawn by Bacon which were then interpreted by David Roberts (1796–1864) and Thomas Cole Dibdin (1810–1893) who prepared illustrations after Thomas Bacon's original sketches. This collaboration "…transmuted Bacon’s charming originals into splendid designs of true 1830s orientalism, with towering domes and pavilions and archways and figures in exotic costume posed or grouped pictur­esquely and enlivened by touches of anecdote."[1]

Bacon resigned his commission on 28th July 1838[2] but continued to publish Caunter's Oriental Annual in 1839 and 1840. After his return to London he studied to become a barrister and then decided to take holy orders. He was Chaplain in Malta 1846-8, and Canon of Gibraltar 1847-8. He became Rector of Kingsworthy, near Winchester and ultimately married Harriet Sophia Prinsep (née Aubert), daughter of Lt-Col Jeremiah Aubert of the Bengal Army and widow of the noted orientalist James Prinsep, F.R.S. (1799–1840).

Original watercolours by Thomas Bacon from his time in India appear to be virtually unknown. A watercolour portrait of the artist, made by his father in 1838, is held by Auckland Art Gallery Toi o Tāmak, Mackelvie Trust Collection [M2006/4/6] (gift of John Stacpoole, 2006).

Thomas Bacon "First impressions and studies from nature in Hindostan; embracing an Outline of the Voyage to Calcutta, and Five Years Residence in Bengal and the Doab, from MDCCCXXXI to MDCCCXXXVI" William H. Allen & Co., London, 1837