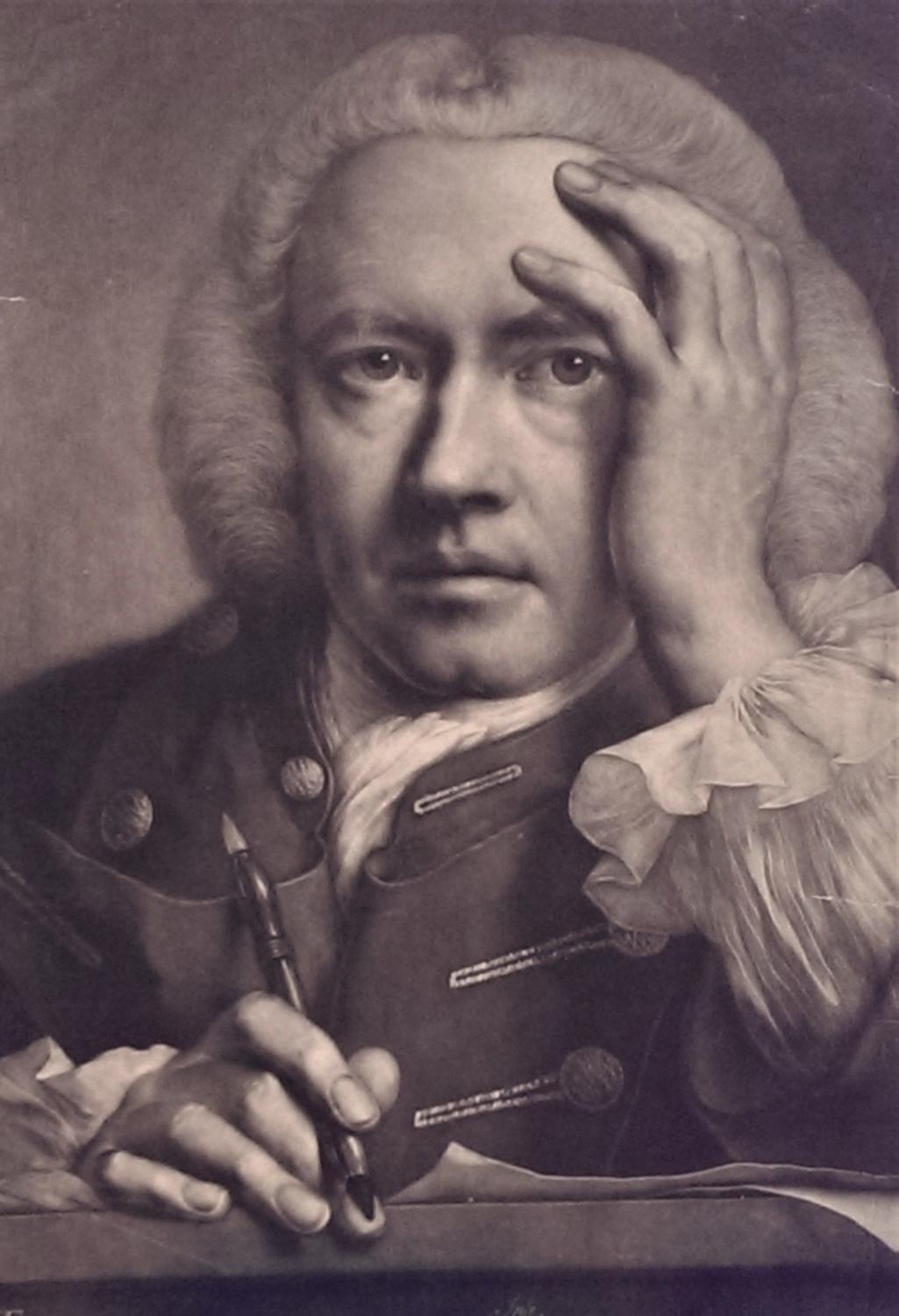 Frye’s self-portrait from his series of life-sized heads is celebrated as being one of the most beautiful mezzotints ever created. He depicts himself with a tool of his trade in his right hand - a 'porte-crayon' (a double-ended crayon-holder which allowed an artist to draw tonally with both white chalk and black charcoal without getting their fingers dirty). Frye looks directly at the viewer his left hand is pensively at his brow; he appears to be lost in study, not only of his own features for the self-portrait he is creating, but also in those of the spectator as if he is readying himself to make the first mark for a portrait of them too on the paper beneath his elbow.

The Irish born artist Thomas Frye began his career as a portraitist travelling to London in the 1730’s. He became manager of the Bow ceramics factory in the 1740s and for much of the next two decades he spent his time inventing and registering patents for the manufacture of porcelain. He left Bow in 1759 and his last years were spent creating the series of dramatic mezzotints for which he is now chiefly remembered. His epitaph in the Gentleman's Magazine for April 1762 described him as 'The Inventor and first Manufacturer of PORCELAIN in England'.

The striking chiaroscuro appearance of Frye’s portraits “drawn from Nature and as large as life” was highly influential. Joseph Wright of Derby (1734–1797) appropriated one of the images for the basis of one of the portraits in his painting “An Experiment on a Bird in the Air Pump” [1768].

Small margins, staining, creases, repaired tears extending into the subject, the paper split around the platemark, corner detached and re-stuck, strengthening paper panels applied in antiquity. A print which has had a long and seemingly hard life. The price reflects the condition - still a rare image of exceptional beauty and probably one of the most affordable copies that will be encountered. 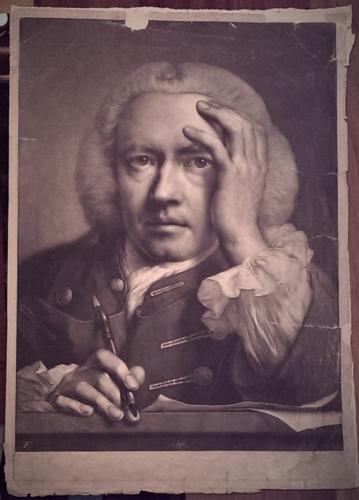 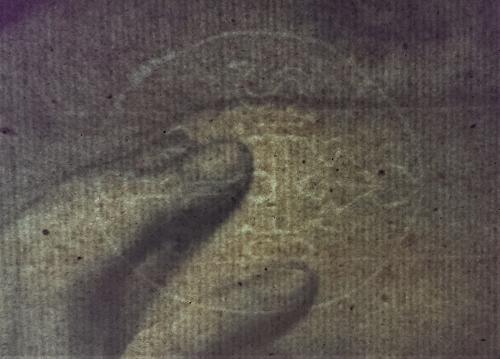 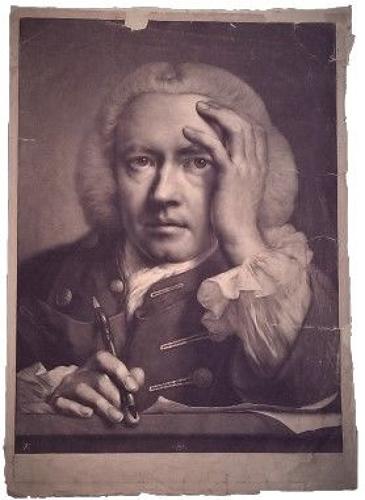