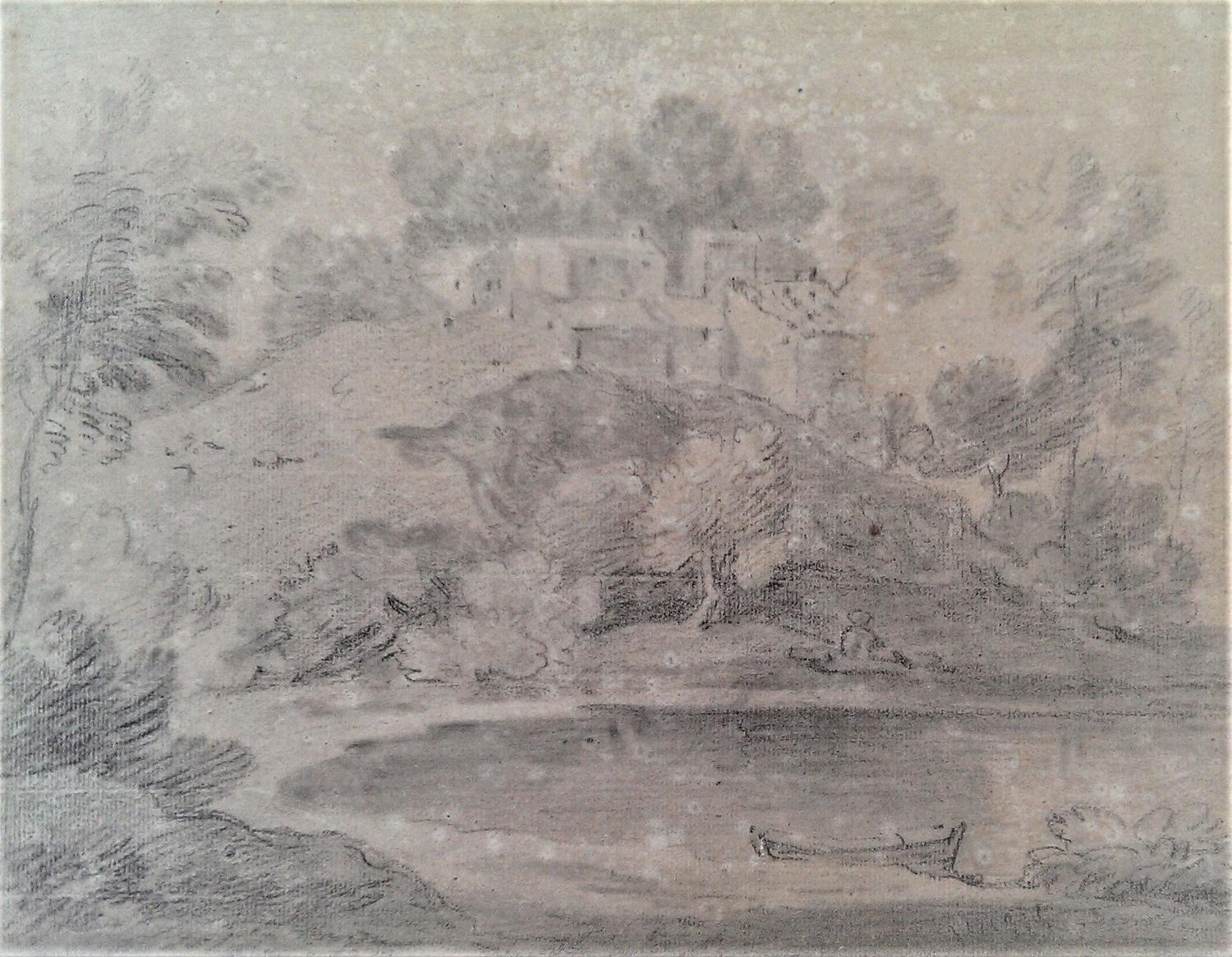 Notes:
This work by Thomas Gainsborough is an exploration of the 'Gaspardesque' neoclassical style which he pursued in the landscapes which are generally dated to the final phase of his career.  It was previously owned by Leonard Gordon Duke CBE (1890-1972), one of a handful of scholarly and astute private collectors, along with Sir Robert Witt, A. P. Oppé and Sir Bruce Ingram etc, who benefited from a "Golden Age" in collecting English drawings during the first half of the 20th Century.

The drawing is almost identical to a work on paper, now in the collection of Gainsborough’s House Museum, which is dated to c.1786. In the present work Gainsborough has rendered the forms in a hazier fashion, creating a scene filled with a misty, diffuse and contemplative light. He has drawn the scene almost entirely with the stump (a stick-like tool made from tightly rolled paper, felt or leather which allows an artist to smudge, blur and blend a media such as chalk or charcoal and to create tonal gradations more accurately and cleanly than by smudging with a finger). Through subtle softened outlines and gradations of tone, the scene emerges as a diffuse impression of the landscape. The Gainsborough’s House drawing has a stronger light coming from the left with highlights rendered in white chalk (the use of which is absent in the present drawing).

Between 1784 and 1788 the present drawing, or possily its Gainsborough’s House companion, was engraved (in reverse) by Thomas Rowlandson as one of his “Imitations of Modern Drawings”. The Gainsborough’s House version was acquired by the museum in 1994 and has a provenance which takes it back to Dr Thomas Monro's sale in 1833. The relationship between the two drawings and the Rowlandson print would benefit from further study.

The late John Hayes was aware of the present drawing when he prepared his catalogue raisonné "The Drawings of Thomas Gainsborough". However, Hayes was unaware of the drawings whereabouts, as were subsequent scholars until its recent re-emergence. It is recorded and mentioned under the entries for the drawing now in Gainsborough’s House. 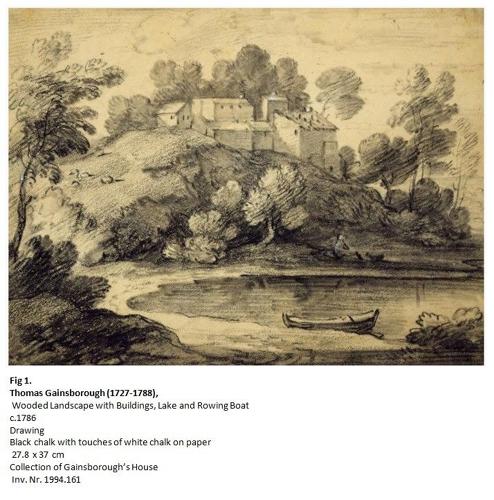 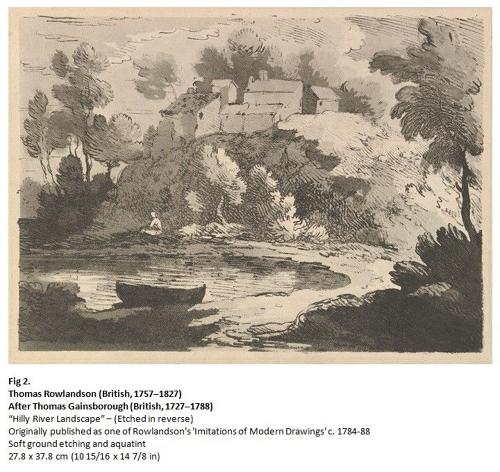