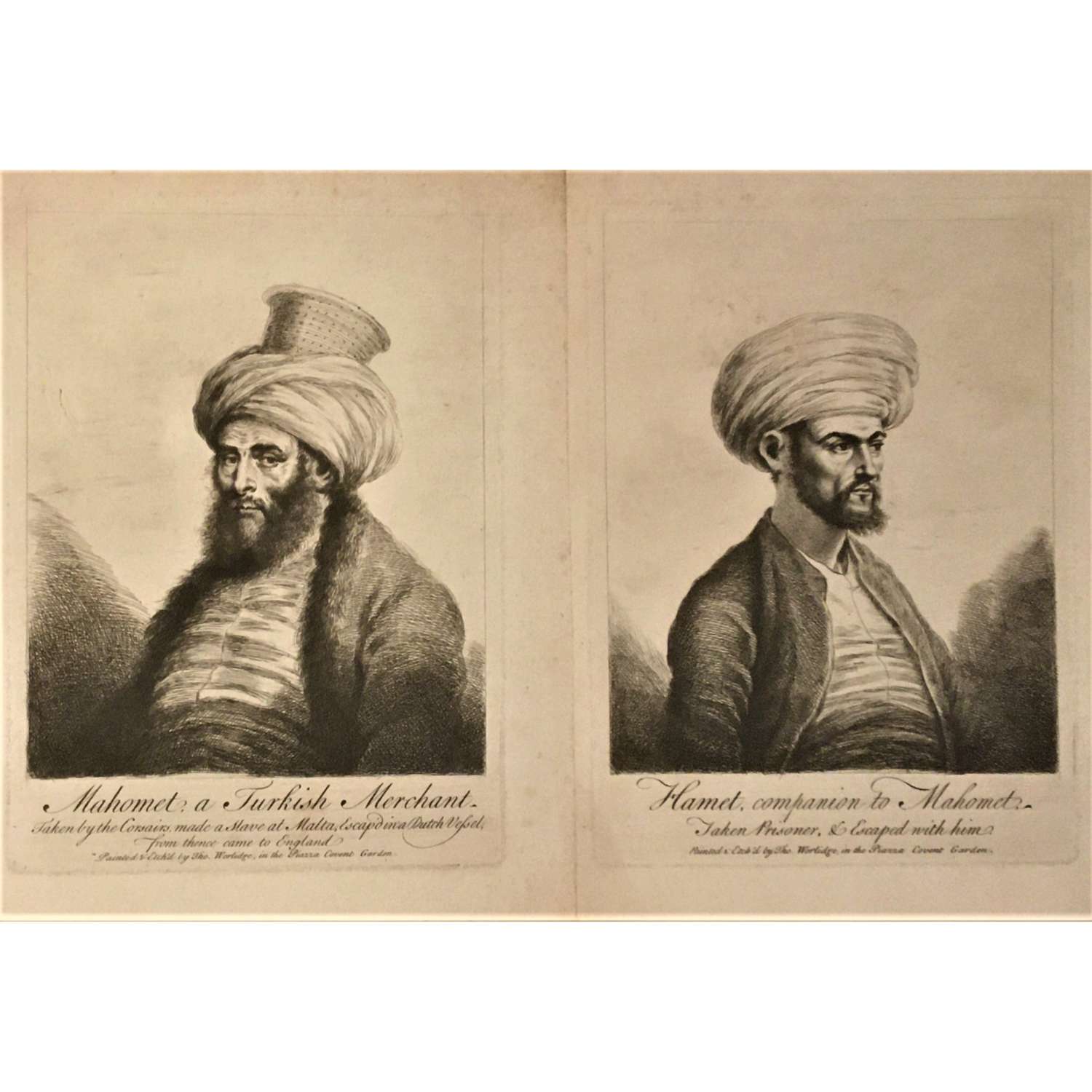 These engravings by Thomas Worlidge, after his own paintings, are wonderful examples of his work 'after the manner of Rembrandt', imitating the drypoint style of the earlier master. They depict muslim merchants who found their way to England having escaped slavery. The appearance of these men clearly interested the artist and their presence in England and the story of their capture, enslavement and escape, demonstrates the perils associated with trade along the Barbary Coast of North Africa.

Worlidge was a colourful character who was born into a recusant family in Peterborough. He moved to London in about 1740.  He first made a name through his popular miniature portraits, but eventually concentrated his energies on etching in the style of Rembrandt which were highly influential. The works here combine both his skills. He fathered thirty-two children by his three wives. 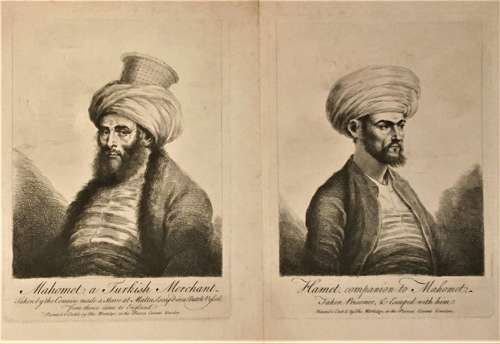