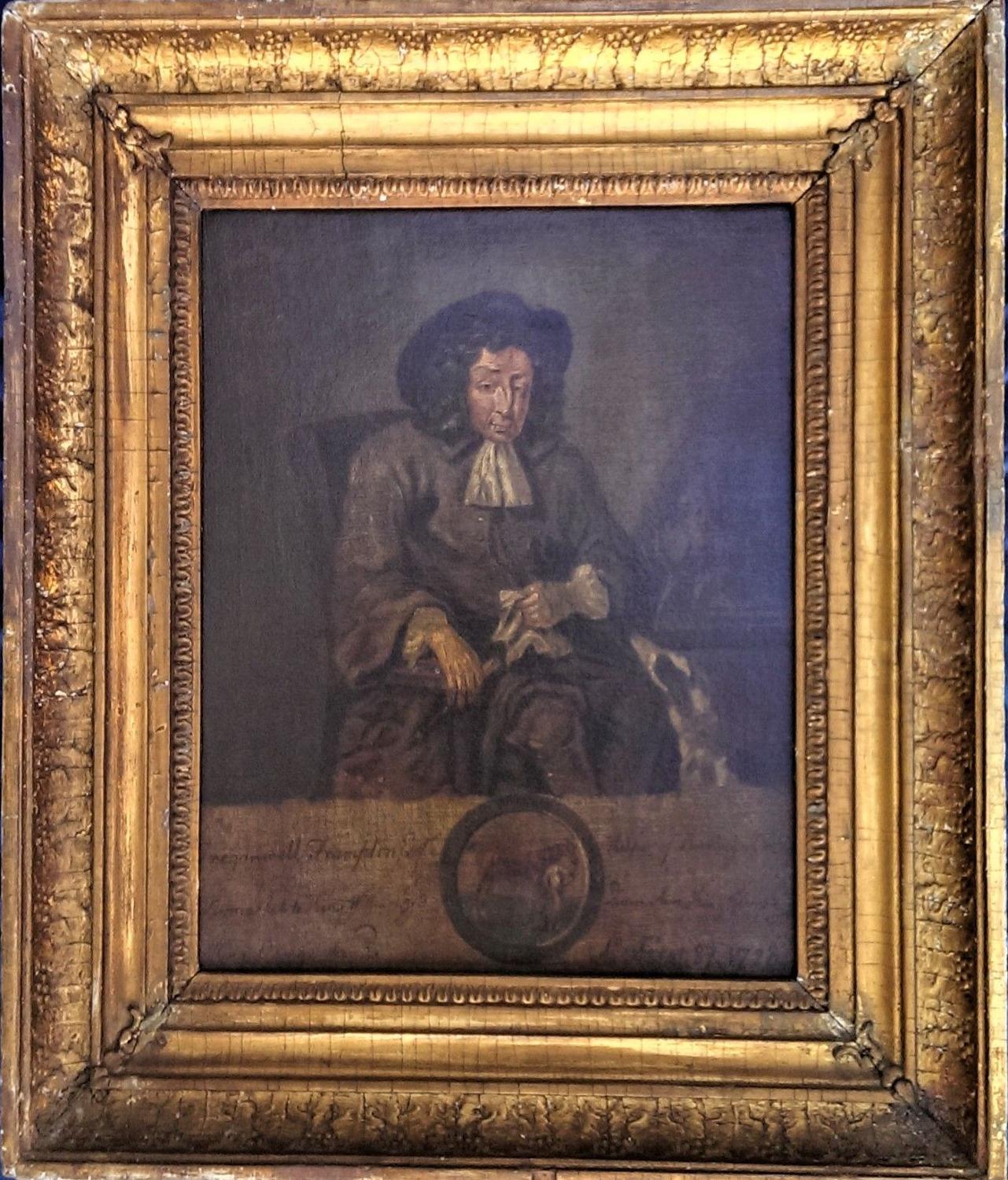 Tregonwell Frampton “The Father of The Turf”

SOLD
English School, mid-18th Century, after John Wootton (British, Snitterfield c.1682 – London 1765)
Tregonwell Frampton (1641–1727) “The Father of The Turf”
Oil on Canvas (Never Relined)
41 cm x 33 cm (Frame 55.5 cm x 46.5 cm)
Lettered with the title beneath the portrait "Tregonwell Frampton, Keeper of ye Running Horses at Newmarket to King William ye 3d, Queen Ann, King George ye 1st. and King George ye 2d. Ao. Aetat 87. 1728”. With a small vignette medallion within the text of the horse “Dragon” with a groom.
Notes:
An interesting portrait of the famous racing personality Tregonwell Frampton, who served as racehorse trainer to four British monarchs and became known as “The Father of The Turf”. The vignette of “Dragon” is a reference to the apocryphal story that Frampton won £10,000 when his horse “Dragon” beat a certain mare, after which match the mare’s owner offered to double the bet if any gelding were able to beat his mare in a match the following day. Frampton allegedly had “Dragon” immediately gelded and then ran his newly castrated horse in the race, where he duly beat the mare again (but then dropped dead)! Frampton was also keen on cockfighting and hare coursing and there is a game-cock perching to his right and a whippet at his knee.
This version is superior to those which are owned by The National Portrait Gallery, The National Trust (at Anglesey Abbey, near Newmarket) and The National Heritage Centre for Horseracing & Sporting Art. These images (the current version included) probably all derive from a mezzotint of Tregonwell Frampton after an original portrait by John Wootton published by John Faber Jr in 1728.
Provenance:
Private collection UK
Sold to a Private Collector in the UK 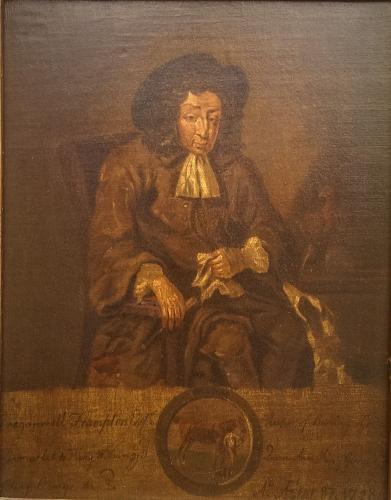