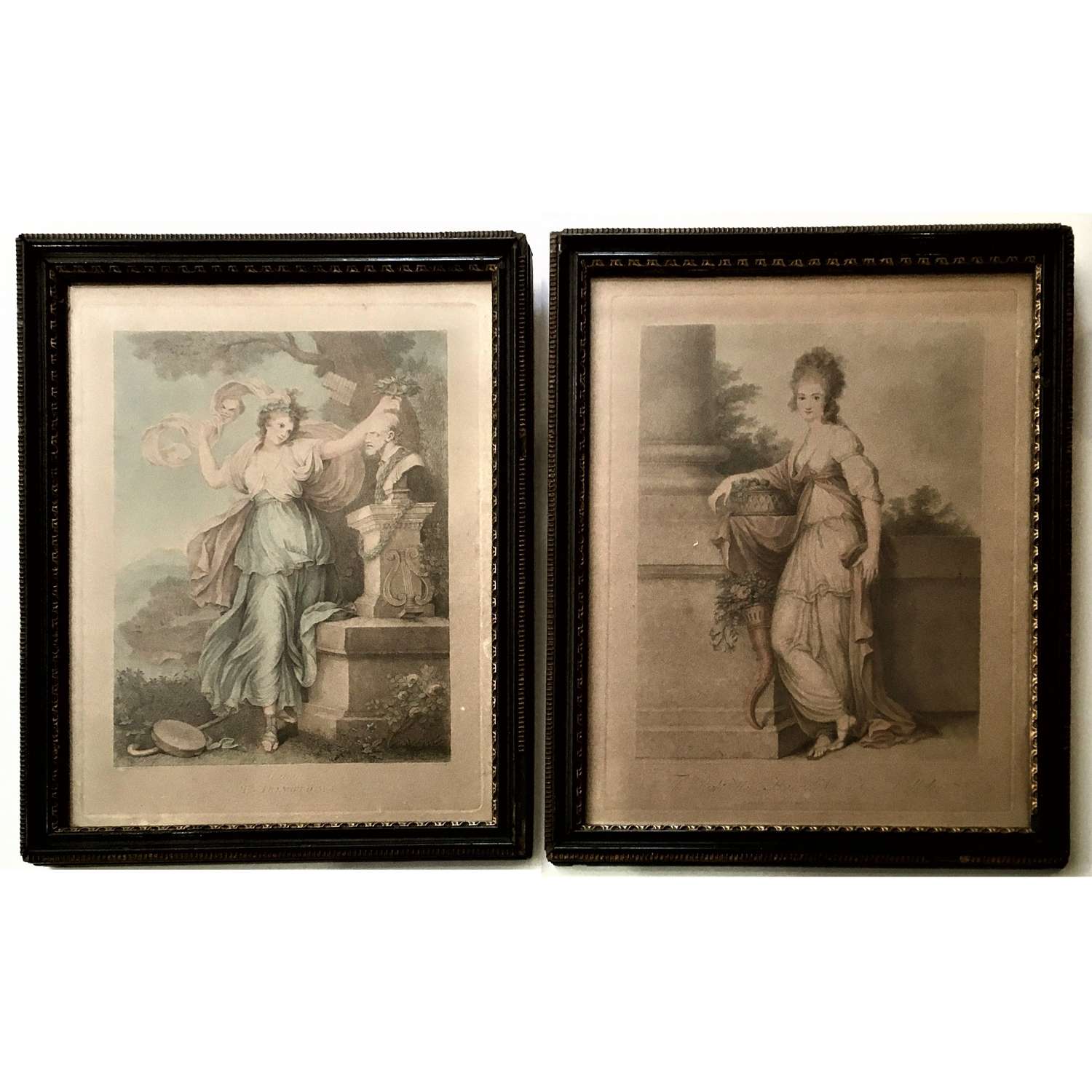 "The Right Honble. Viscountess Bulkeley" lettered below image "R. Cosway R.A. del", "F. Bartolozzi R.A. sculp." with the name of the sitter and the publication line "Publish'd May 1st 1785 by S Watts, No 50 (opposite Old Round Court), Strand".

A pair of attractive prints by Bartolozzi of celebrated 18th Century beauties after original paintings by Richard Cosway. Elizabeth Harriet Warren (1759-1826) was the daugher of the landownder and politician Sir George Warren of Poynton. In 1777 she married Thomas, 7th Viscount Bulkeley of Beaumaris (1752-1822), the principal landowner on Anglesey. Here she is depicted by Cosway as "Flora" with an abundance of flowers (she was also painted by George Romney as "Hebe" (see National Museum of Wales [NMW A 14940]). Frances "Fanny" Abington (née "Fanny" Barton) (1737-1815) began her life as a flower seller, domestic servant and prostitute before becoming one of the most successful comic actresses on the London stage and a principal fashion trendsetter of her age. She was the subject of some of Sir Joshua Reynolds' most famous portraits. Here she is depicted by Cosway as Thalia, the goddess of festivities and one of Aphrodite's retinue; as a nod to her being a comic muse she holds a laurel wreath over a bust of Shakespeare.

The individuals depicted come from different ends of the social spectrum but, together, illustrate the status of 'celebrity' and the social mobility which was possible within Georgian society. 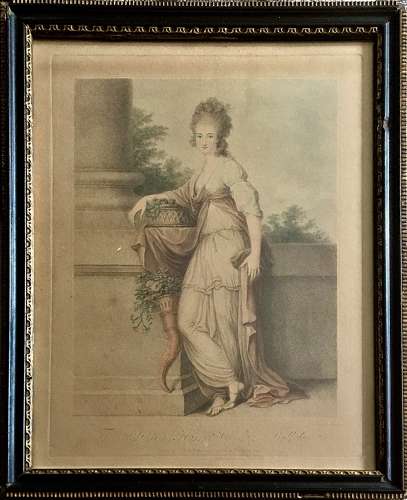 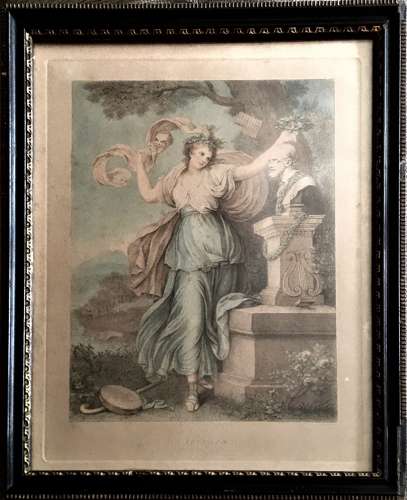