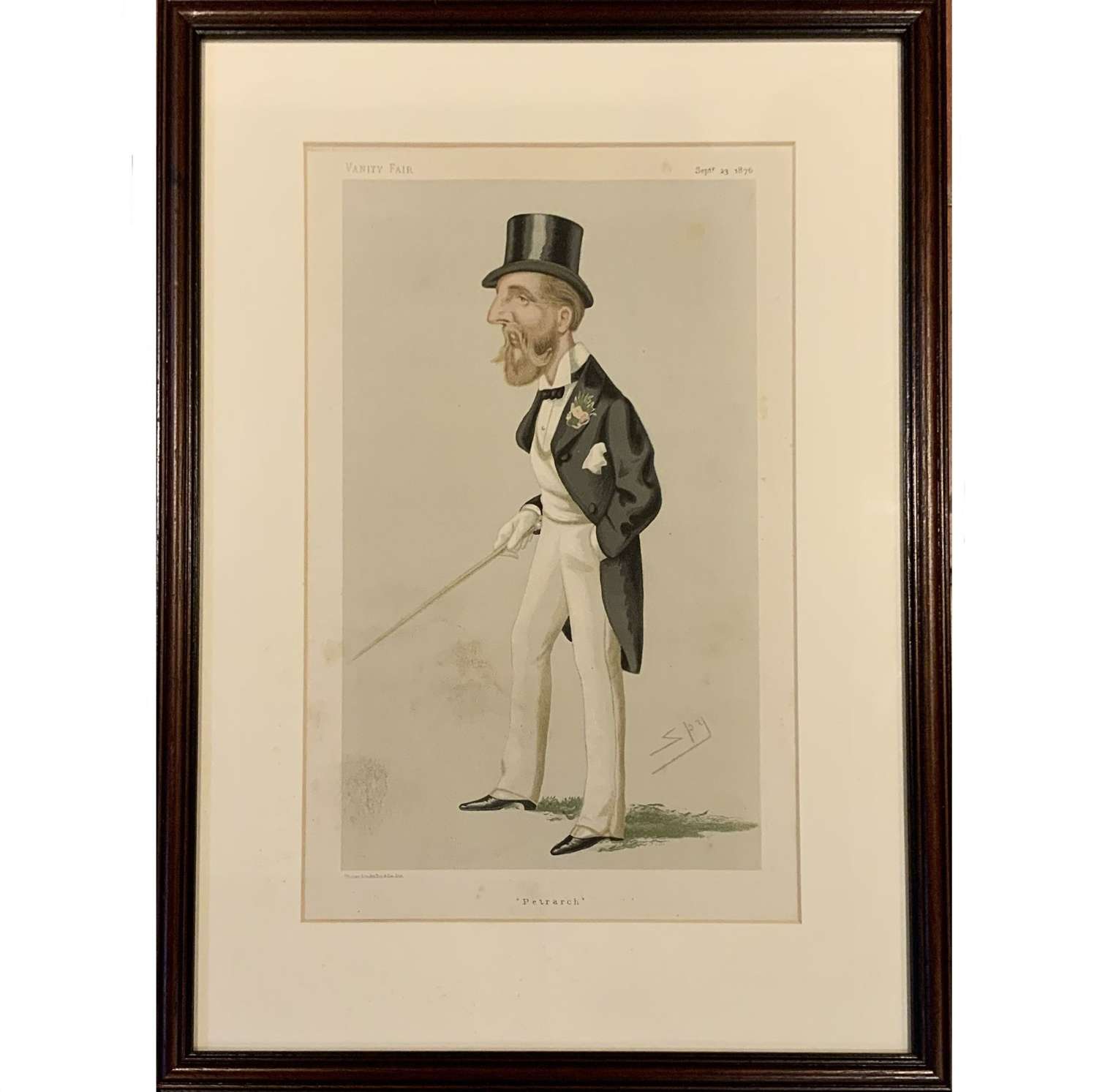 The title of the print "Petrarch" derives from Viscount Dupplin's ownership of the horse of the same name which, as a three-year-old in 1876 (the year of this print), won two of the three races which comprise British horseracing's "Triple Crown" (taking that year's 2000 Guineas at Newmarket and Doncaster St Leger.