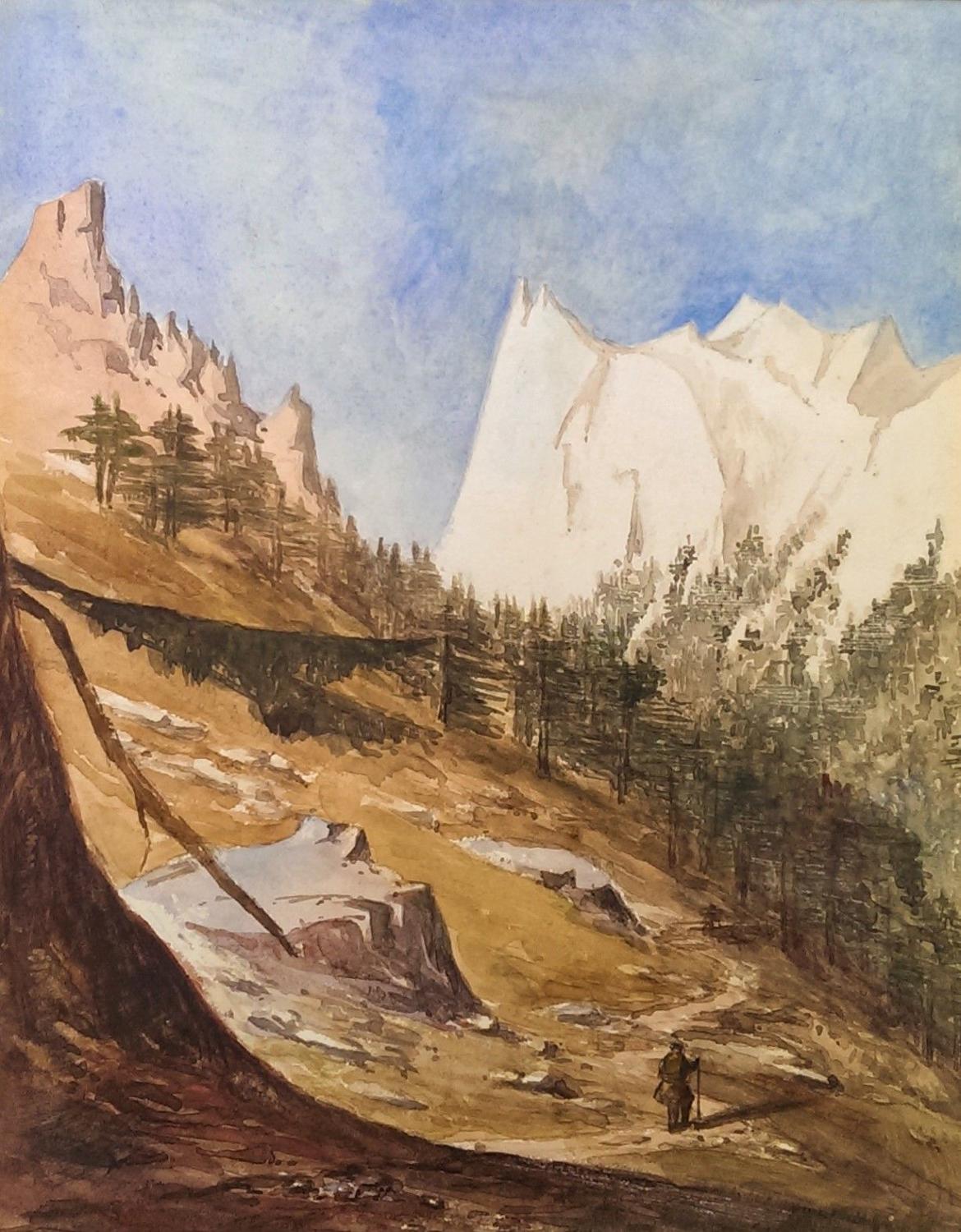 A 19th Century watercolour by a British traveller in India which depicts the mountainous landscape around Gangotri [Gungootrie]. This town is located at 11,204 ft above sea level in the Garhwal Himalaya region of the northern Indian state of Uttarakhand. It is ringed by a number of peaks which exceed 6,500 meters.  Gangotri is an important site of Hindu pilgrimage; the geological feature known as the "Gomukh" ("Cows Mouth") at the foot of the Gangotri Glacier is located here. This is the source of the Bhagirathi River, seen by Hindus as the headstream of the sacred River Ganges. Devout Hindus see bathing in the icy waters of the Bhagirathi as a holy ritual.

The distinctive flat branched trees which the artist shows are identifiable are Cedrus deodara (the Himalayan Cedar or deodar cedar), a species native to the to the western Himalayas.

The date and subject matter are interesting. At this stage, prior to the Indian Mutiny, British rule in India was still excerpted by the East India Company. It may be that the artist was associated with the Great Trigonometrical Survey of India. Gangotri is relatively close to Dehradun where the Survey of India was headquatered. In the same year this work is dated, the mathmatician Radhanath Sikhdar, working for the Great Trigonometrical Survey at Dehradun, identified a Himlayan mountain then known only as 'Peak XV' as the highest mountain in the world (it was later named Mount Everest).