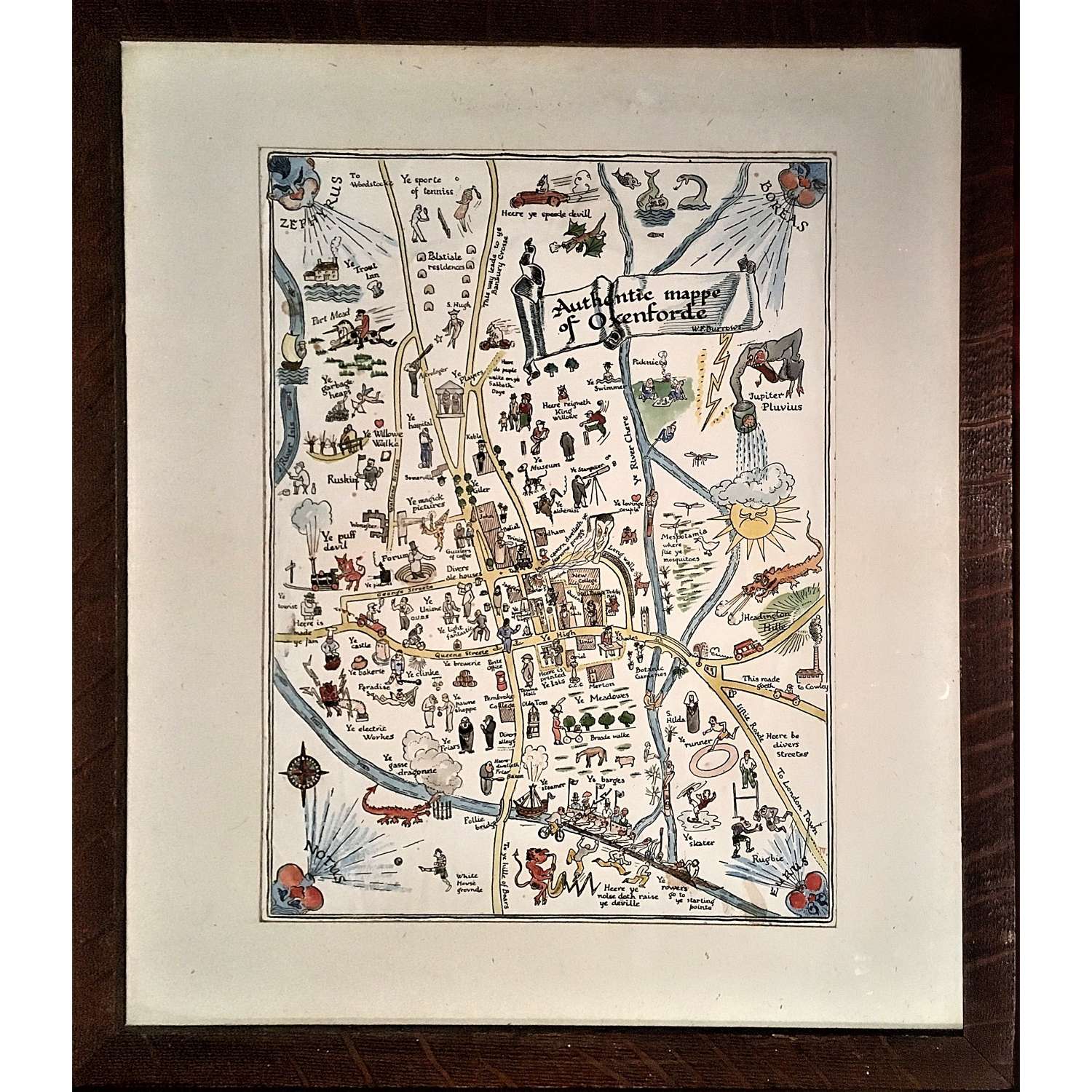 Acquired by the Bodleian Library, Oxford

An amusing and beautifully illustrated map depicting many of the landmarks of the City and University of Oxford. Although a modern depiction of the city, including illustrations of motor vehicles etc, the sights are labelled in pseudo old-fashioned, quasi-medieval language which lampoons the 'Olde Worlde' nature of the place. Retaining its original English oak frame, circa 1930. Signed "W.F. Burrows" within the plate.

Walter Burrows was the son of Harry Burrows who, along with Jack Doe, founded "Burrows & Doe", a stationers on Broad Street in Oxford, and established the distinguished printing and publishing firm "The Holywell Press Ltd" in 1890.

Walter became a successful graphic artist and was, perhaps, better known as the cartoonist "Buzz" (a homophone pun on his surname) or through his "Obstinate Artist" cartoon strips which appeared in the "Daily Sketch" and spinoff books thereof, published by Hutchinson in the 1930's. In the 1940's Walter Burrows returned to Oxford to take over the running of the family printing business.

This map was certainly in print before March 1930 as there is a reference to it in a letter written by an Oxford undergraduate and published in a magazine of that year.[1]  References on the map to "Ye Giler" (once fashionable Oxford-parlance for St Giles'), "Ye Home of Oxforde Bagges" (being 'Oxford Bags', the loose-fitting trousers which became fashionable with undergratuates from around the mid-1920's onwards and which are seemingly, here, available from a shop situated on Turl Street (in all likelihood the long-established men's outfitters 'Walters')) and "Jaggers" (early 20th Century Oxford slang for Jesus College) all point to the map dating to the mid-to-late 1920's. One of the more cryptic annotations, in the vicinity of Exeter College, reads "In this cavern dwelleth ye fearsome proffe" beside a smoking vulcano from within which emerges a disembodied don wearing a 'mortar board' academic cap.

The map was probably published by the Holywell Press as Burrows has put a prominent label stating "Heere is printed ye Isis" (the Oxford student magazine 'Isis' was founded in 1892 and was owned and published by his father's firm). The location corresponds with that of the Maclaren Gymnasium, on the corner of Alfred Street and Blue Boar Street, which was the premises which the Holywell Press occupied from 1920/21.  Burrows was also an amateur entomologist which may explain the joke written on the ait (or island) on the Cherwell which is known as 'Mesopotamia' which reads here "Mes'potamia where flie ye mosquitoes"! 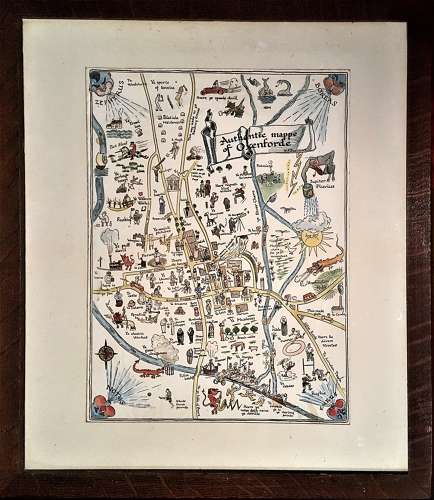 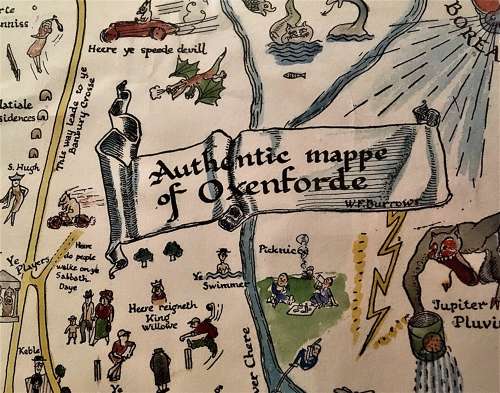