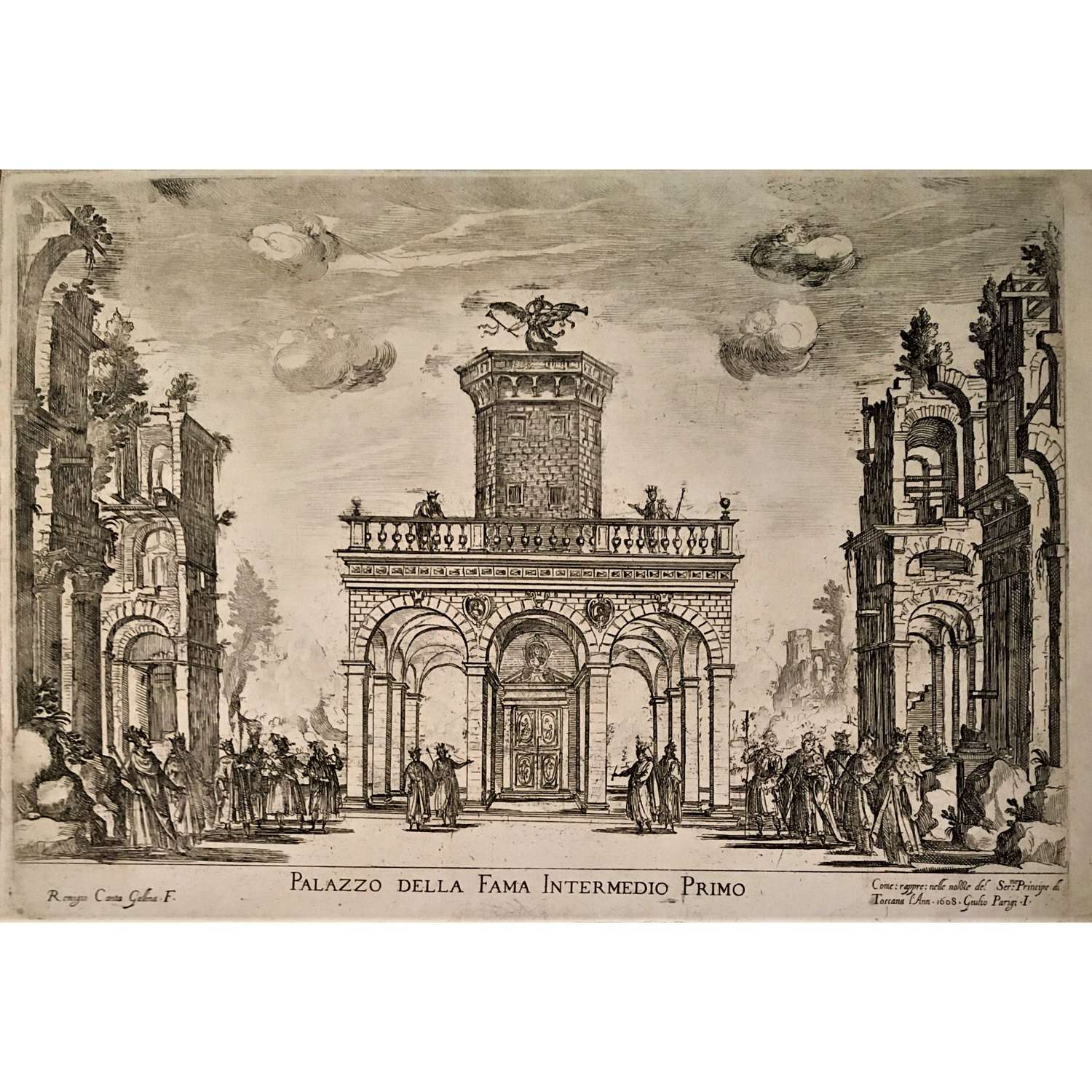 Lettered with title "PALAZZO DELLA FAMA INTERMEDIO PRIMO", lower left "Remigio Canta Gallina.F." and lower right "Come:rappre nelle nozze del Sermo:Principe di / Toscana l'Ann. 1608. Giulio Parigi.I"  An image of a central tower and balcony with a grand, three-arched portico. Four ruined towers around it. Crowned figures beneath the tower, two on the balcony and, on top of the tower, an angel sounding a trumpet.

A record of one of the spectacular set designs for the masque and courtly entertainments which took place during the marriage celebrations of Cosimo II de' Medici (1590–1621) and Archduchess Maria Maddalena of Austria (1589–1631) in 1608. The Medici court's architect and designer, Giulio Parigi, who was one of the most innovative theatre designers of the 17th-century, was responsible for planning festivities.

Good condition. Trimmed to just outside the margins. Linen backed. 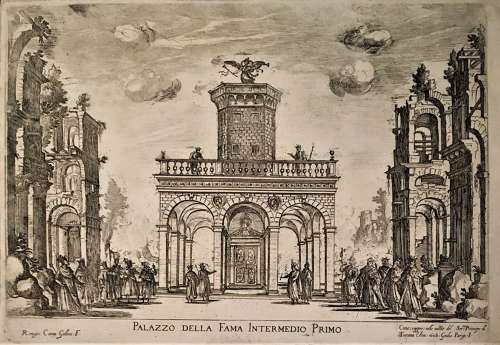