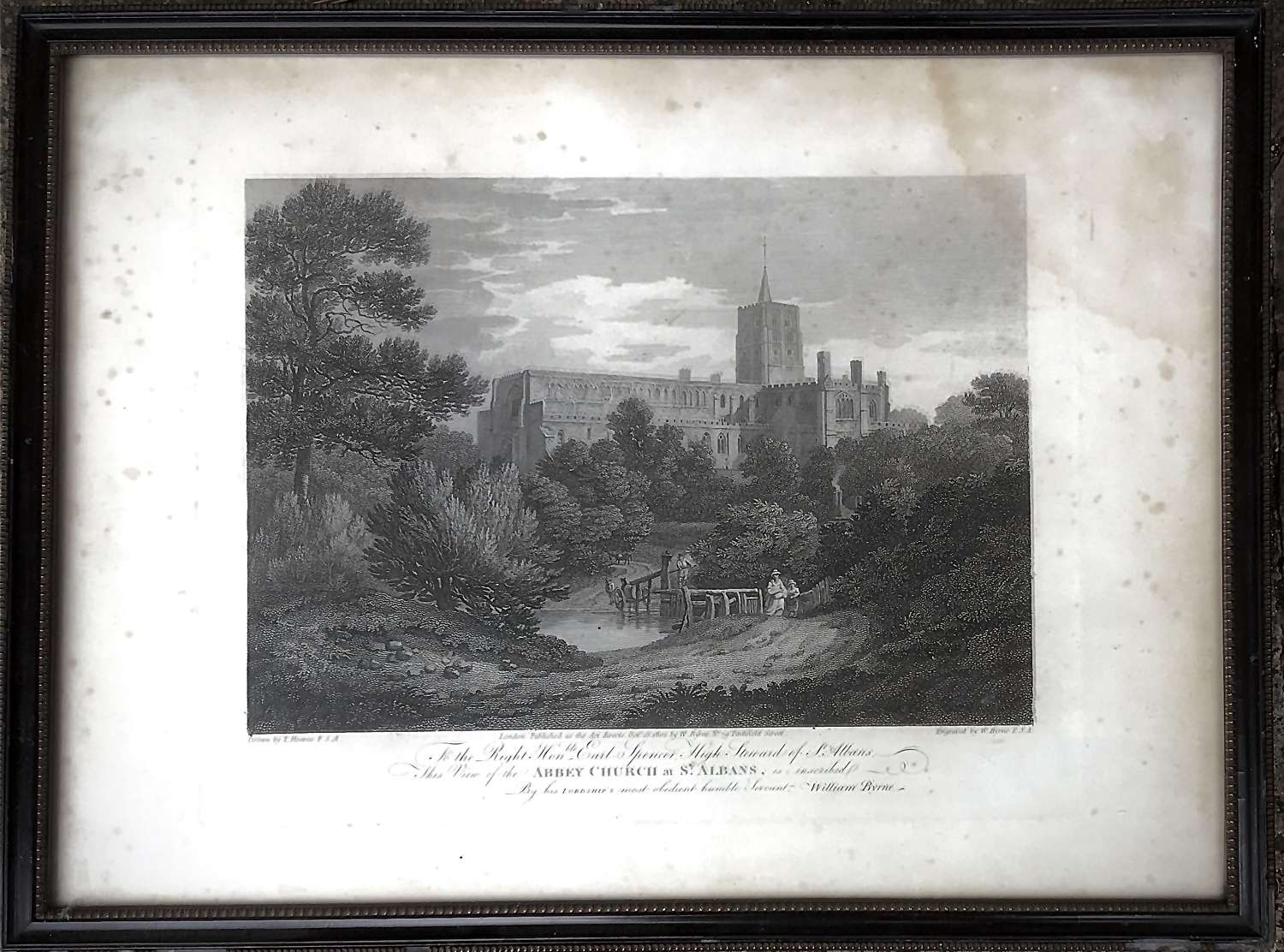 Lettered with title and dedication below the image "To the Right Hon.ble Earl Spencer, High Steward of St Albans / This view of the ABBEY CHURCH at ST ALBANS, is inscribed / By his LORDSHIP'S most obedient humble Servant, WILLIAM BYRNE".

A scarce view of St. Albans Cathedral seen from the side, a waterway with a bridge amongst trees in the foreground, with figures travelling along a path to one side and a horse and cart beyond. The image appeared in the numbered Second State as Plate 24 in Volume II of Hearne & Byrne's "Antiquities of Great Britain illustrated in views of Monasteries, Castles, and Churches" (London, 1807).

In nice "country house" condition, with some foxing and a stain top right. Good broad margins. Currently presented unmounted but framed within an attractive vintage Hogarth frame by "Cherry & Co" of St Albans.