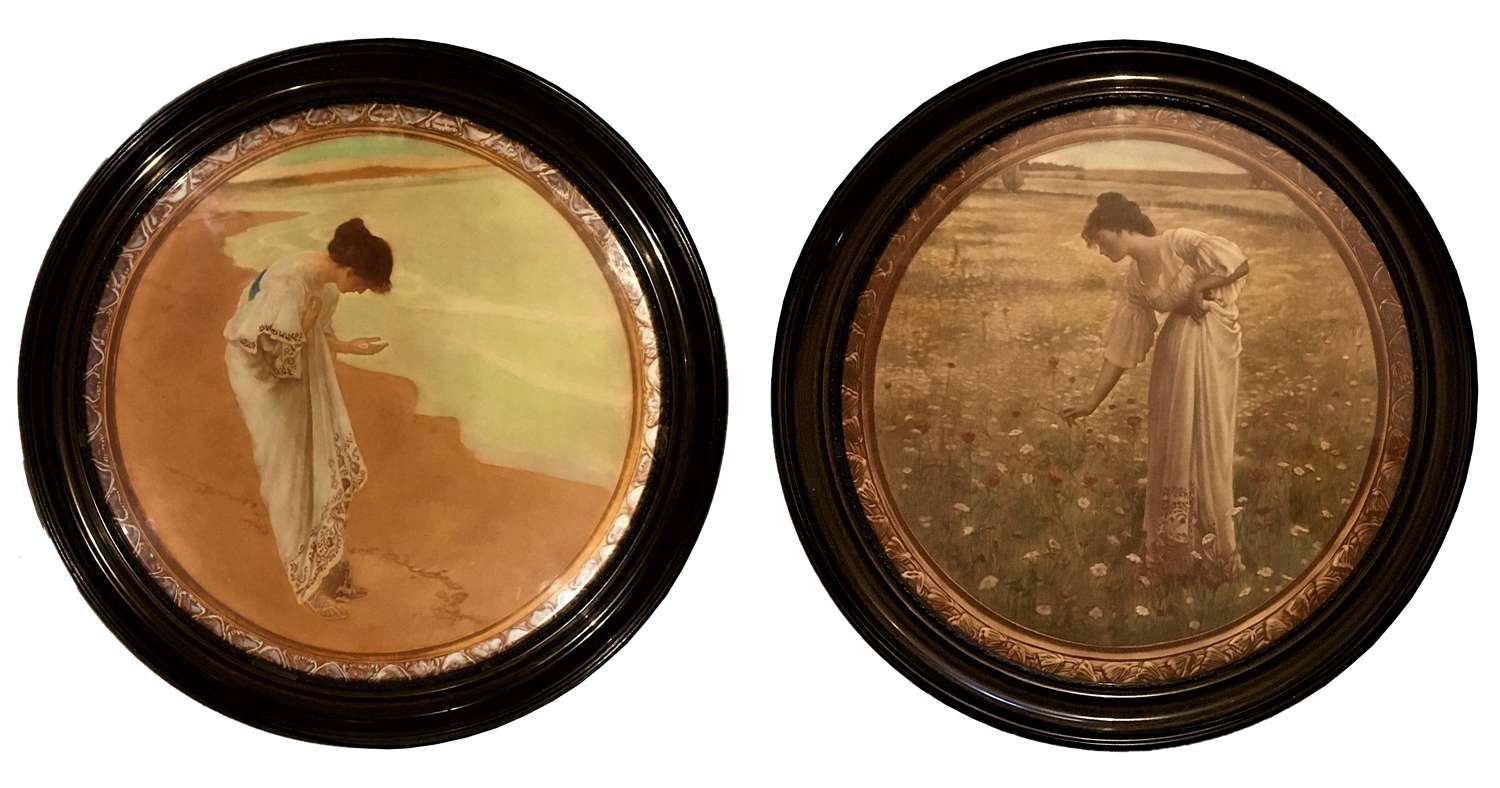 Margetson was an artist who was much influenced by the Aesthetic Movement. "The Sea Hath its Pearls", exhibited at the Royal Academy in 1897, was his most successful work; indeed, it was one of the most celebrated images of its age. It was acquired from the exhibition by the Art Gallery of New South Wales, Australia (where it remains). The companion piece "Flowers of the Field" further demonstrates Margetson's classically decorative style of Aestheticism. This second work was exhibited at the R.A. in 1901 and, at the beginning of the 20th Century, these two works were often issued together in reproductions which used innovative photogravure techniques.

The two prints here have remained together as a pair and have the added attraction of delicate original contemporary hand-colouring. They retain their original turned wood frames with moulded reeded borders.