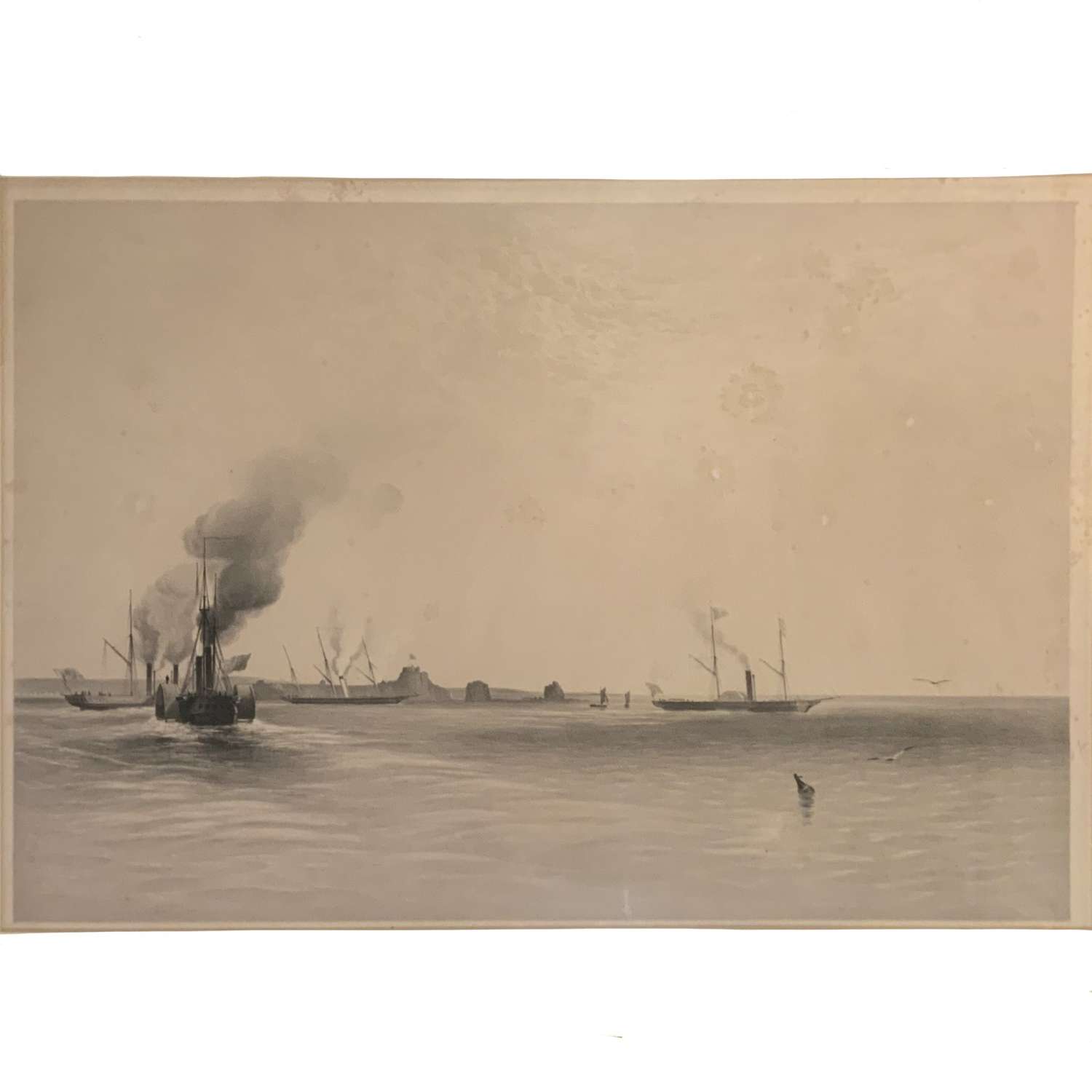 "Departure of the Royal Squadron" was number 7 in the series. The original watercolour remains in the Royal Collection [see RCIN 920188]. The image shows the Royal Yacht, HMY Victoria and Albert, to the right, with various other accompanying vessels as they  set sail from St Helier. 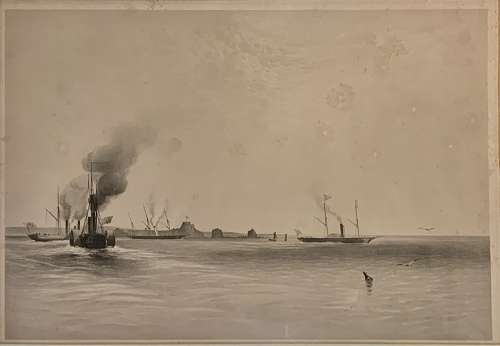