Reading pointer or aestal
From John Mitchell's Royal Library at 33 Old Bond Street
Carved bone within a leather case/sheath
English, Circa 1834
11.4 cm long (in its case)

Reading pointer or aestal of carved bone contained within its original chocolate-coloured leather case with gilded lines. The shaft of the pointer engraved with the address "33 Old Bond Street"

The Royal Library at 33 Old Bond Street (on the corner of Stafford Street) was opened in 1834 by John Mitchell (1806–1874), an entrepreneur, publisher to Her Majesty, bookseller and theatrical impresario and promoter.  Mitchell had learned his trade from William Sams (who had a library with the same name on St James's Street).

Mitchell's Royal Library became an exclusive rendezvous for the fashionable, as a source of the day's news and gossip, the latest literature and, also, as a reading room and lending library. Mitchell also acted as a ticket agent, selling exclusive seats to theatre productions from his premises. The Royal Library traded for forty years until  Mitchell's death in 1874 and is mentioned (amongst other places) in Charles Dickens's letters and Captain Gronow's "Reminiscences". The address is now the Gucci Old Bond Street shop. 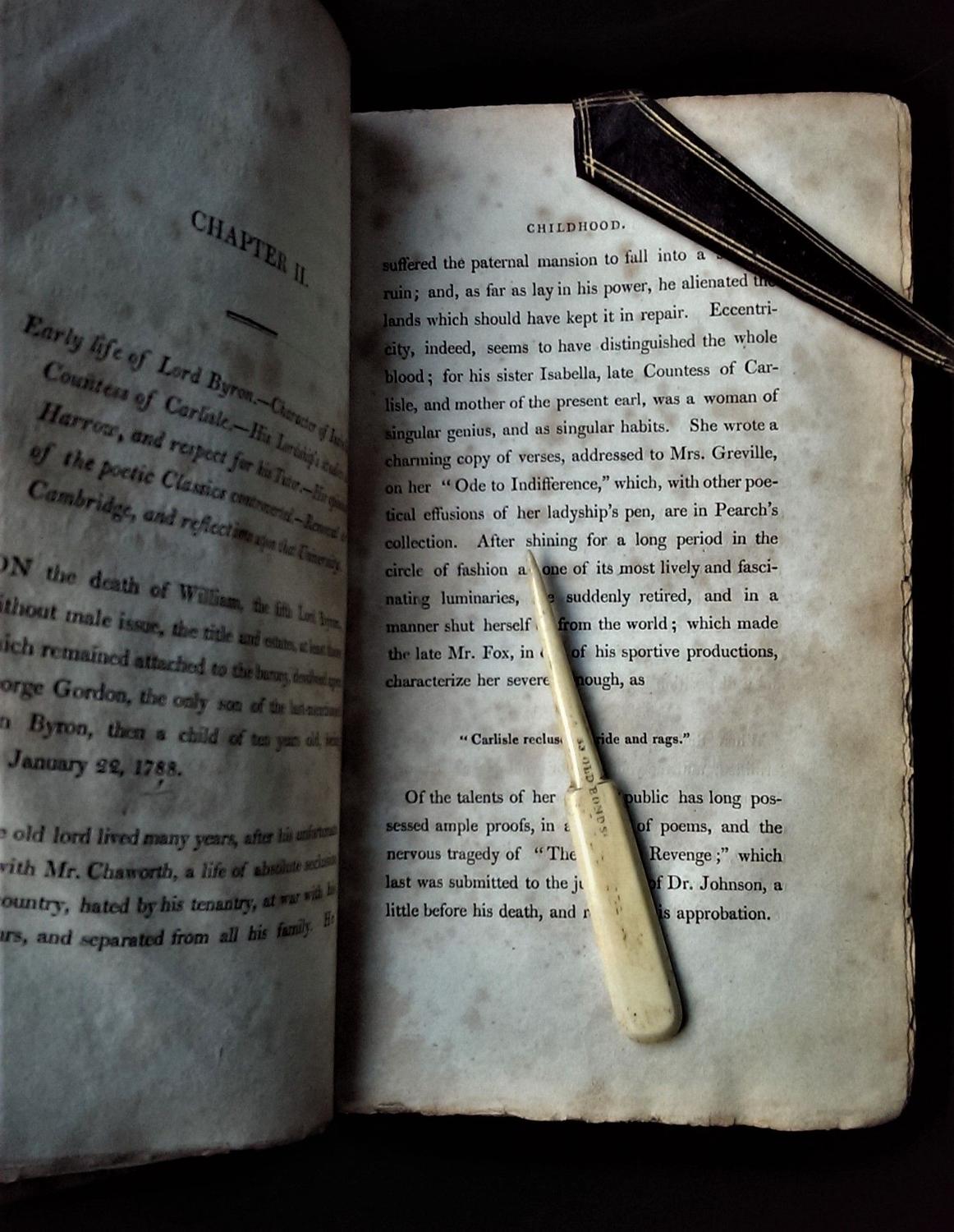 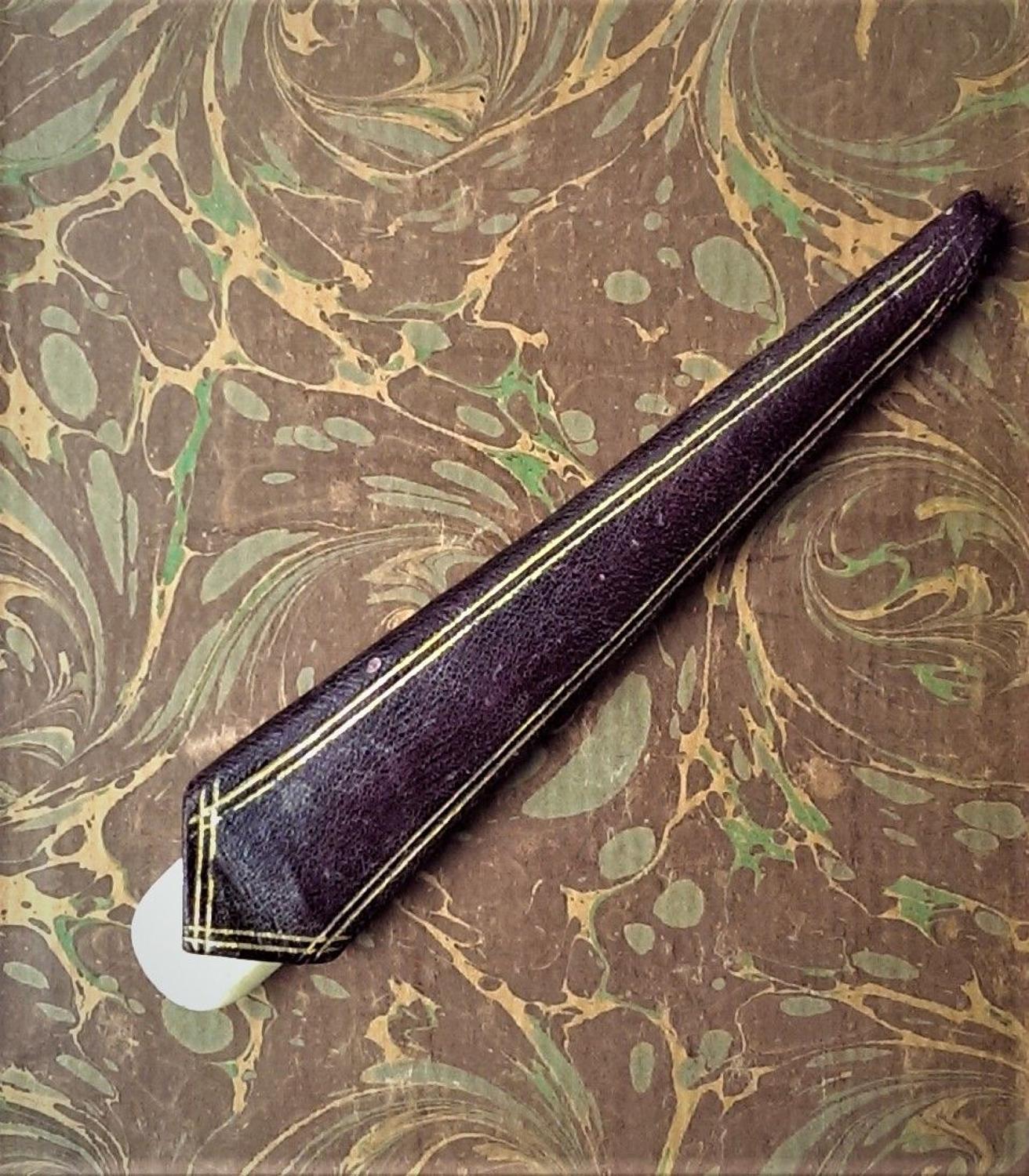 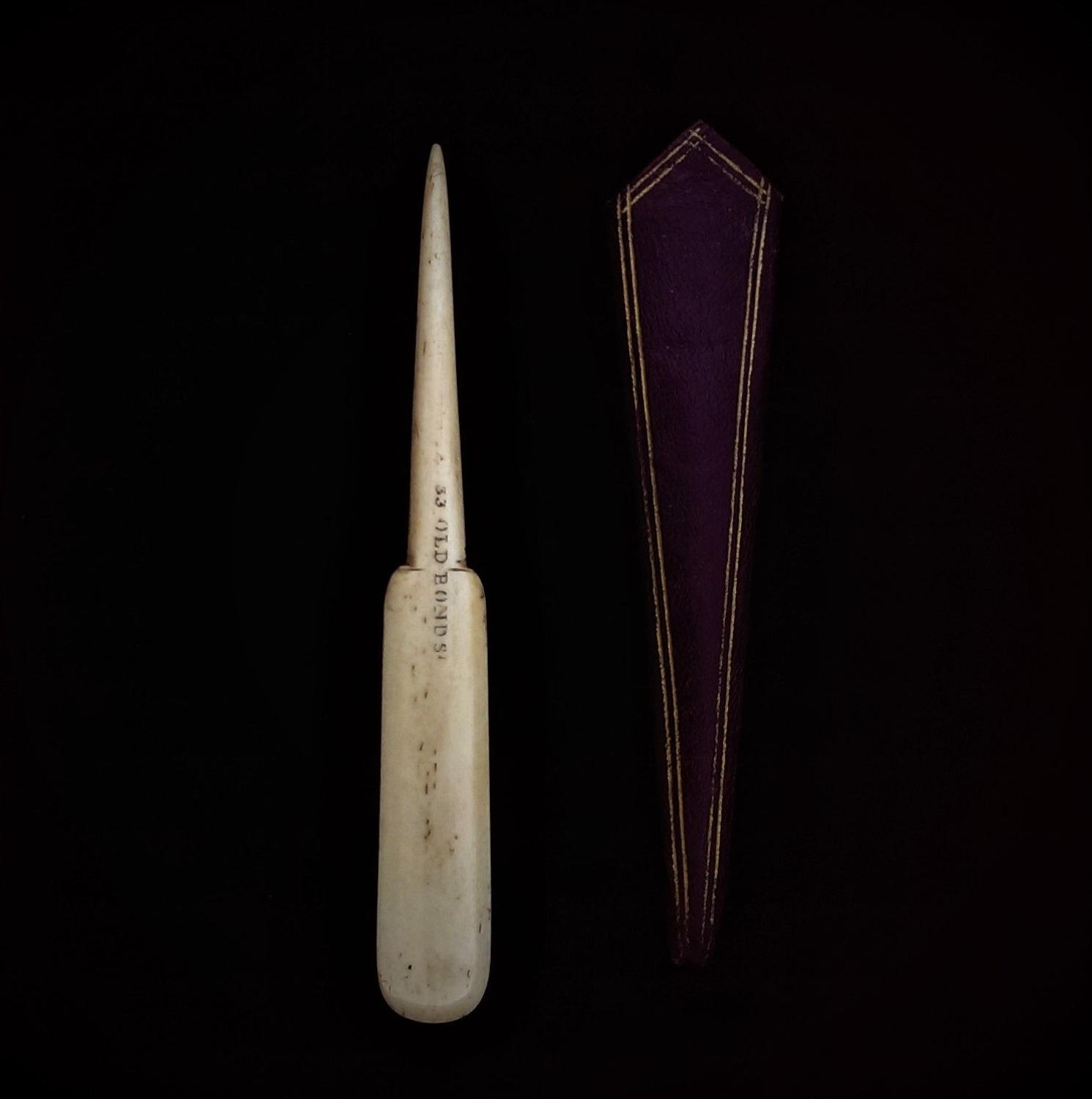 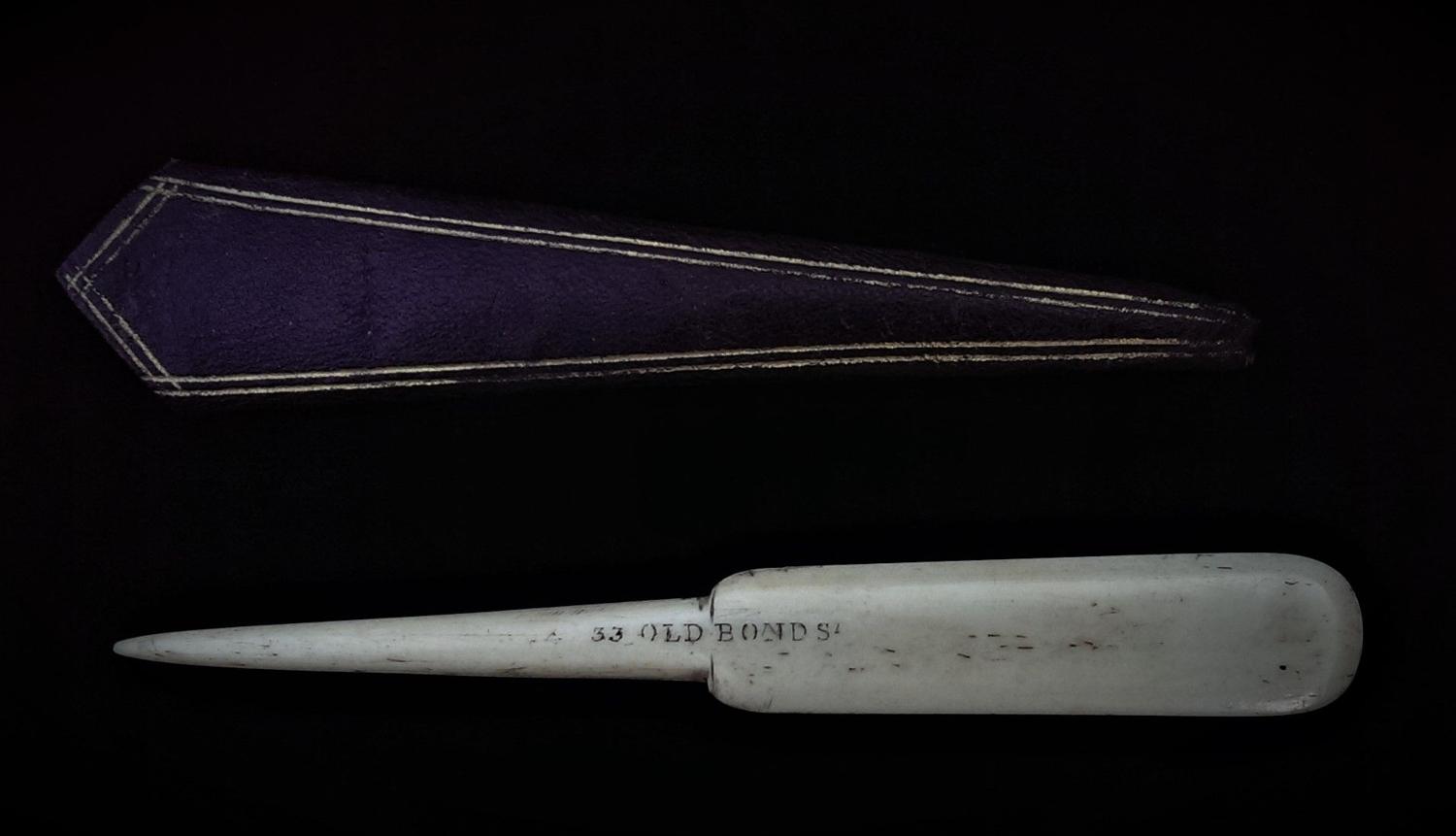 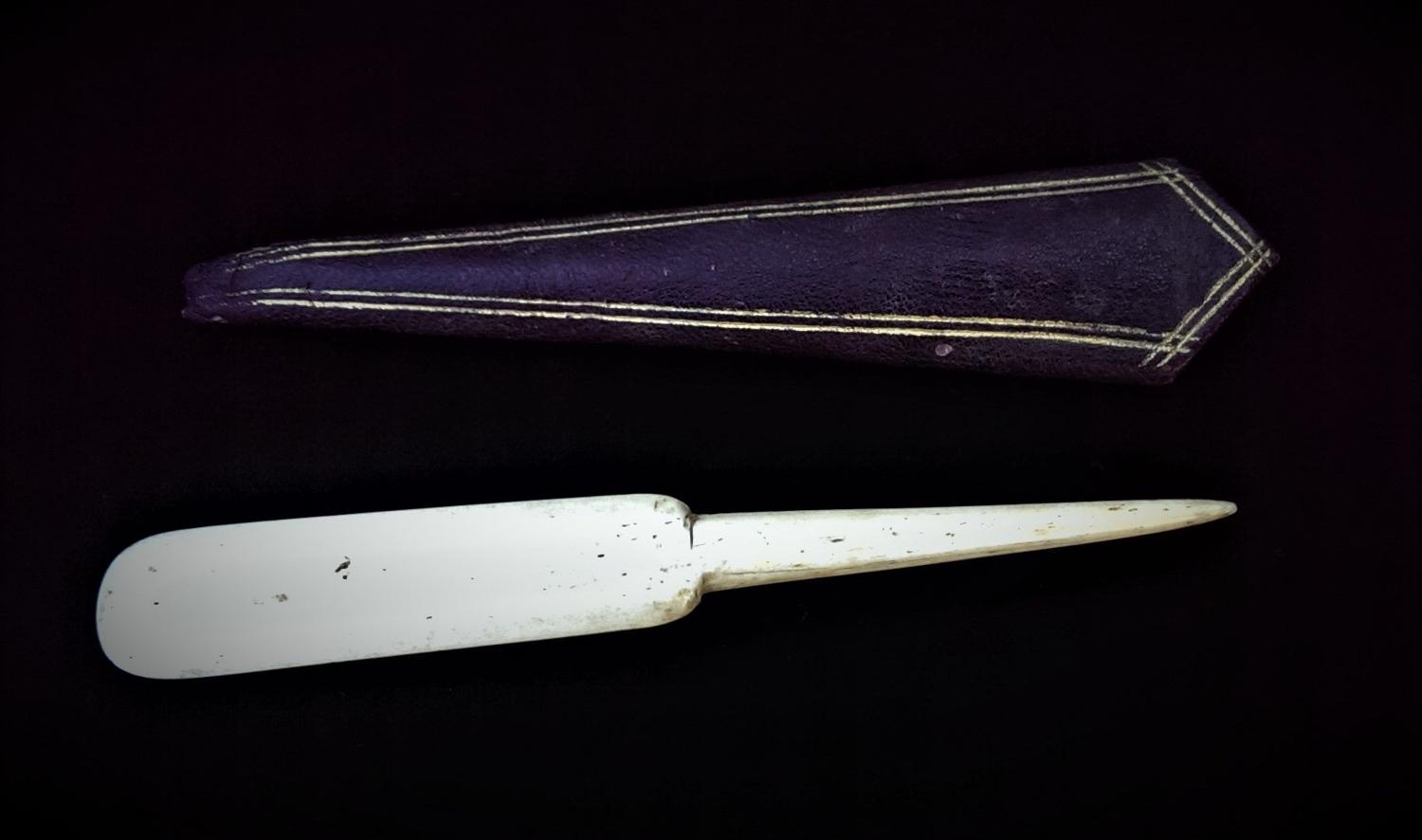