Lettered below the image within the plate with the title and 'Guido Pinx. // I. Simon fec.'

Andromeda chained to the rock, throwing out her arms in horror at the sight of the sea monster which emerges from the sea in the right foreground, while Perseus flies down on the winged horse Pegasus, to kill it. An extremely rare print dating to around the 1720s. Wide margins, printed on laid paper with fleur-de-lis and crest watermark.

Jean Simon (anglicized to John) was born in Normandy and trained in Paris as a line engraver. As a Huguenot, he fled to England in around 1700 where became a mezzotinter.

The myth of Andromeda and her rescue by Perseus appears in Book IV of Ovid's Metamorphoses. 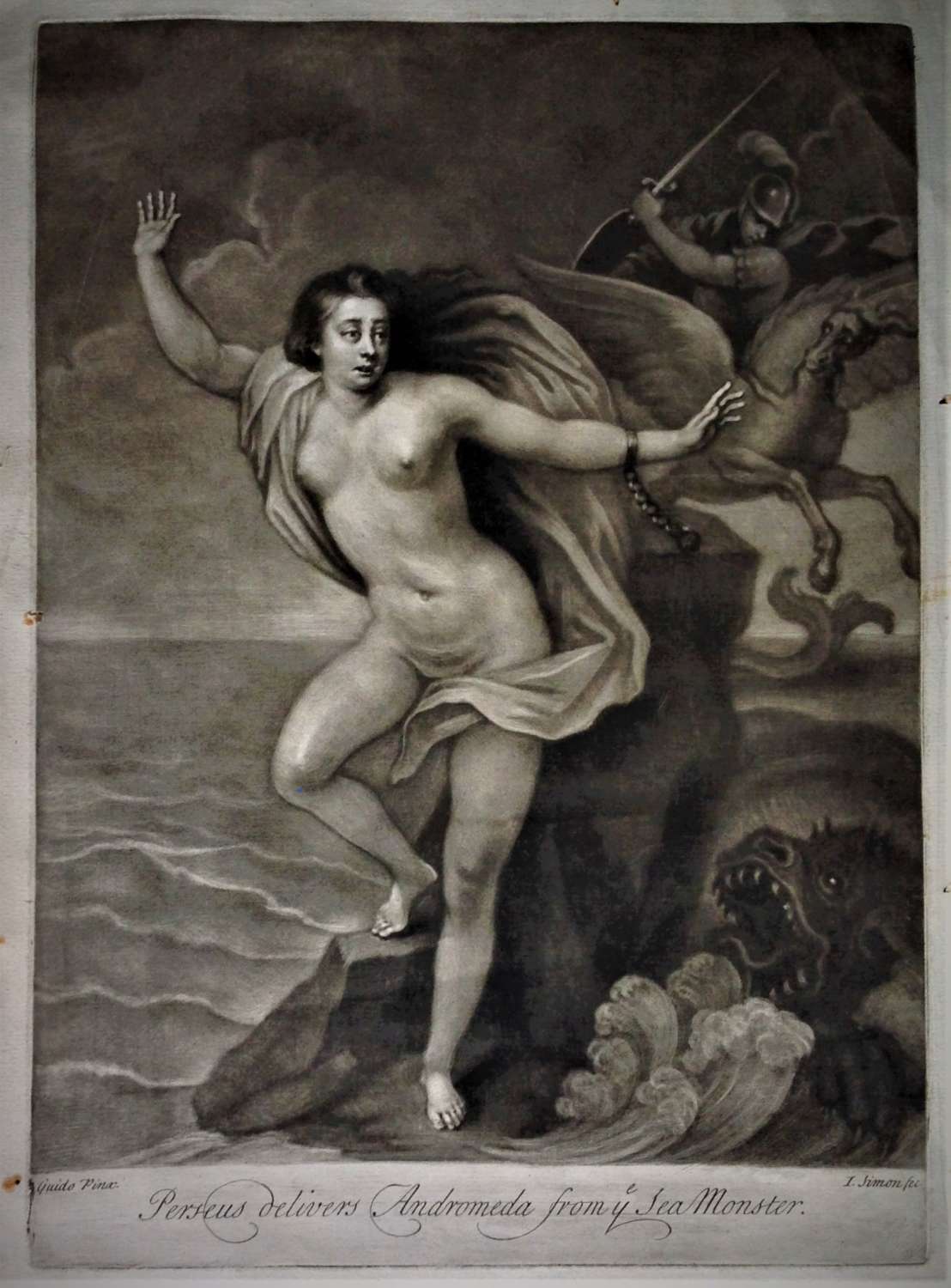