A portrait of the Italian violin virtuoso Nicolò (or Niccolò) Paganini (1782-1840) depicted helf-length in mid jeté bow stroke. Contained within a period carved, gessoed and gilded frame with a ring fixing to the top.

The portrait is closely related to images of Paganini drawn by Daniel Maclise (1806–1870) and Sir Edwin Landseer (1782–1840) which were drawn around the time of Paganini's London debut. This image, however, is probably derived from a lithographic print by Richard Lane entitled "The Modern Orpheus" dated at the "Opera House, June 3rd 1831" [the date of Paganini's official London debut], which was published by Thomas McLean, London, 26 Haymarket, June 10th 1831 and Printed by C. Motte, 70 St Martin's Lane.

Paganini was, without doubt, the greatest violinist of his time. His performances gave him much the same status as a "rock star" today. As early as 1822 he had been diagnosed with syphilis. To treat his ill-health he was prescribed mercury and opium and his gaunt appearance, twinned with his musical genius, particularly appealed to the romantic sensibilities of the early 19th Century. 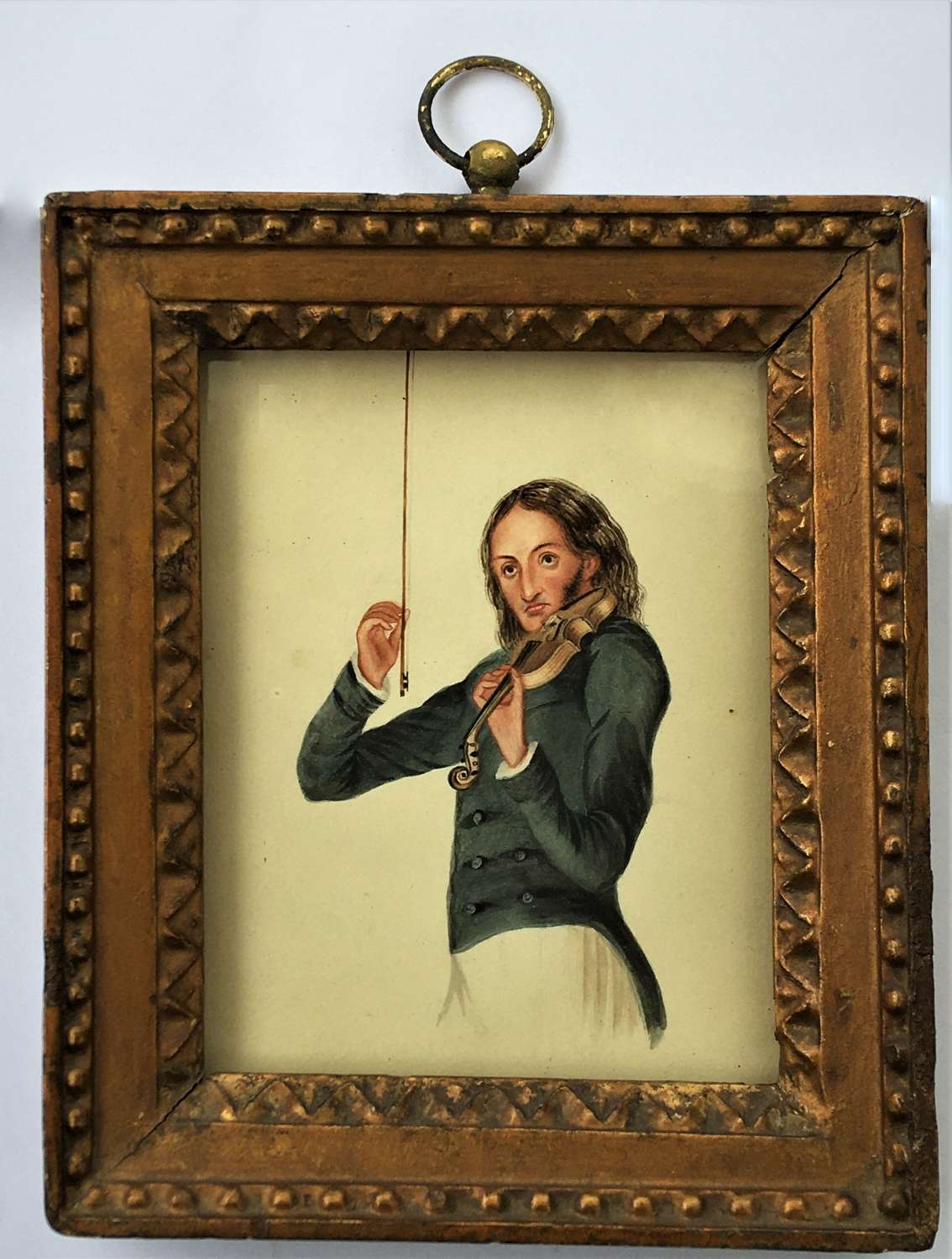 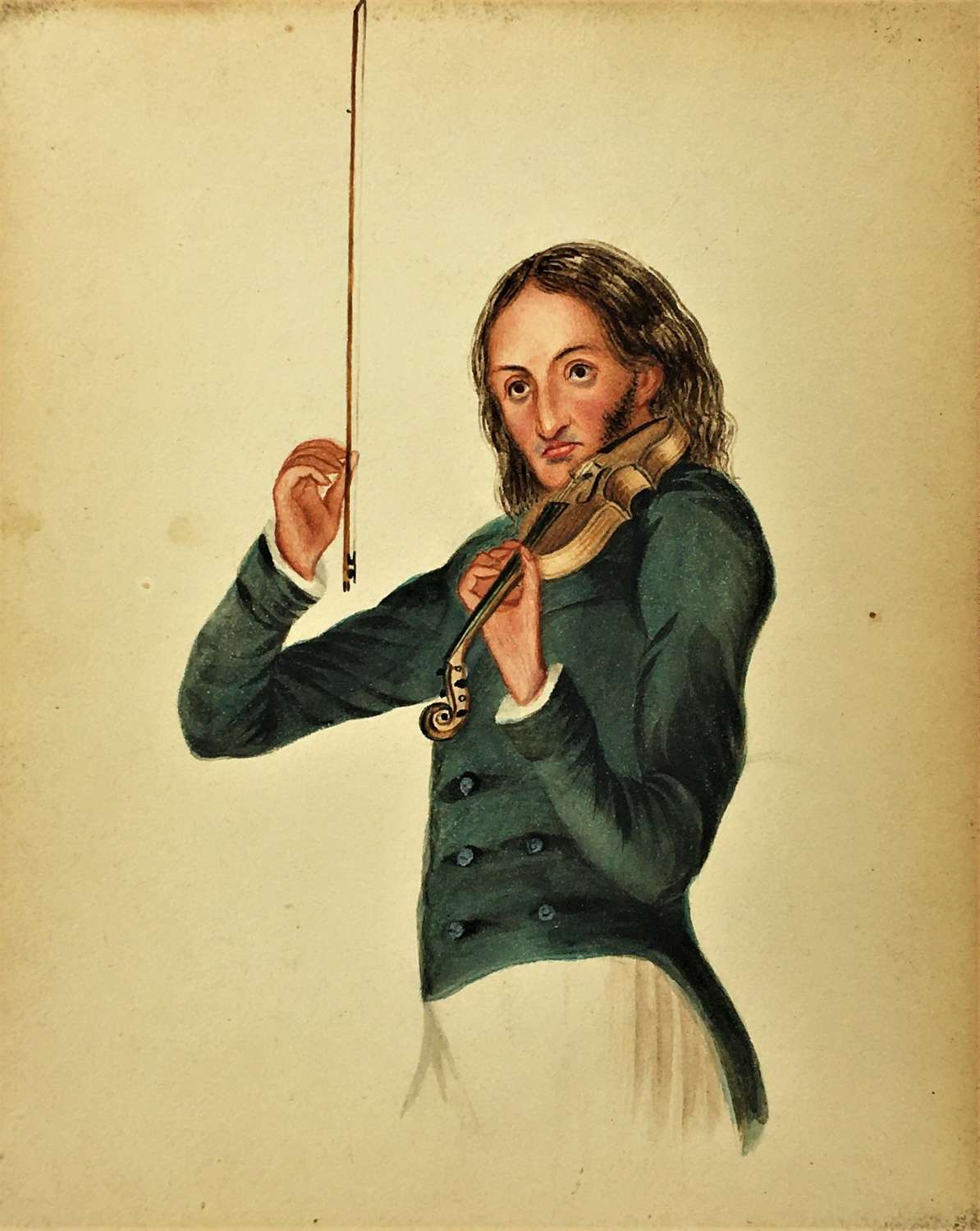