Portrait of Thomas Sydenham, bust directed to left looking at the viewer, wearing draped coat and lace collar; in an architectural oval bearing his name and title; scrolls, a book, and a jar, along with medicinal plants and the Rod of Asclepius below.

Thomas Sydenham's fame rests mainly on the emphasis which he placed on careful observation during the practice of his medicine. The care which he took with his patients posthumously earned him title "The English Hippocrates" or "The Father of English Medicine".

Although he himself had only received 18-months of formal medical education he believed that only careful bedside observation could lead to medical progress. He dismissed many "quack" cures, thinking it best to let a disease run its course whilst observing whether a treatment was successful. He gathered together his experiences and published numerous works, the best known of which is Observationes Mediciae (Observations of Medicine). One of the more amusing quotations attributed to him is: "The arrival of a good clown exercises a more beneficial influence upon the health of a town than of twenty asses laden with drugs."

Though the portrait used as the basis for Houbraken's engraving was formerly assigned to Sir Peter Lely (as it is in the image here) it is now credited to Mary Beale (1633-1699) and can be found in the National Portrait Gallery (see NPG 3901). 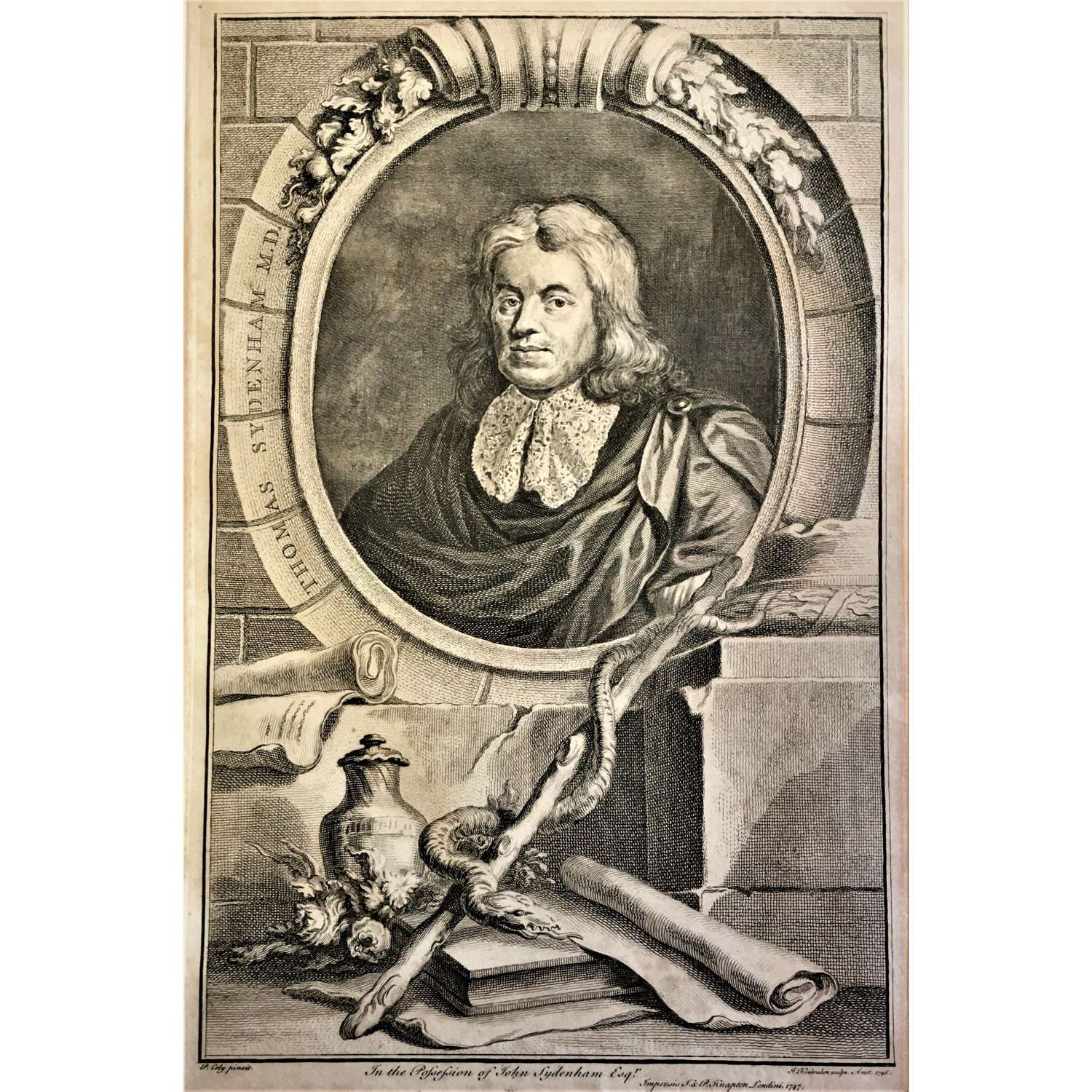 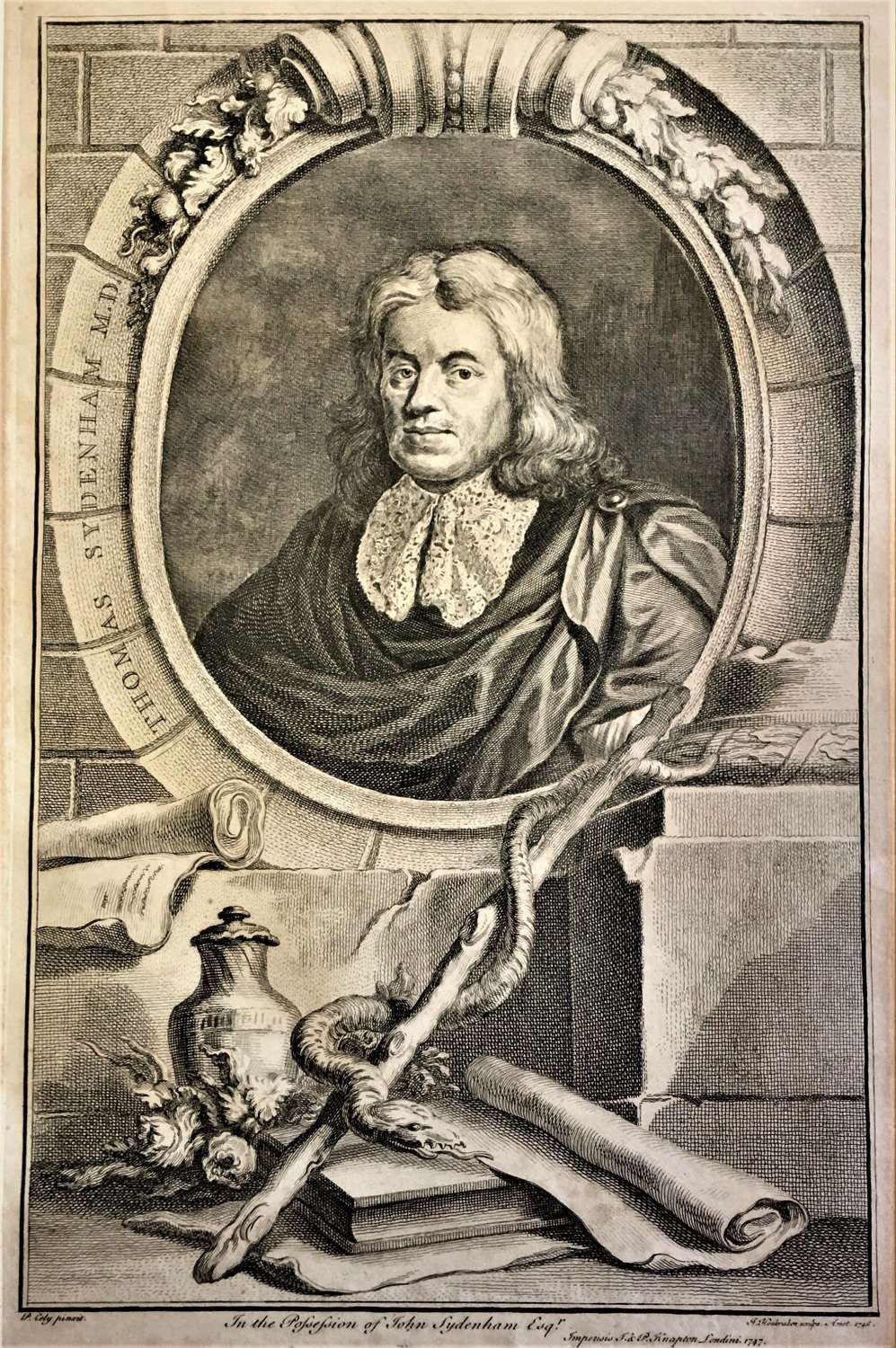