Portrait, half-length directed to the right, his right hand on hip, his left elbow resting on a plynth in front of him, left hand with a ring on the little finger, head angled towards his right shoulder, wearing a wig, unbuttoned coat and a shirt open at the neck, sash hanging across his breast from his left shoulder; badge of the Order of the Garter on the left breast of his coat. Lettered beneath the image :
G. Kneller Bart. pinx. / I. Faber fecit 1731 / 3"  "Charles Lenos Duke of Richmond &c." [sic], with coat of arms centre with the motto 'En la Rose je Flurie'

Plate 3 in the Kitcat Club Series.

Charles Lennox, 1st Duke of Richmond, 1st Duke of Lennox was the youngest of the seven illegitimate sons of King Charles II, and his only son by his French-born mistress Louise de Kérouaille, Duchess of Portsmouth. He was aide-de-camp to William III from 1693 to 1702 and Lord of the Bedchamber to George I from 1714 to 1723.

The portrait of Lennox by Sir Godfrey Kneller, on which this print is based, was the third in the famous series of uniformly sized images made to record the membership of the Kit-Cat Club. This aristocratic and political society, whose members had sworn to uphold the 'Glorious Revolution' of 1688 and the Protestant Succession, got its quirky name from the mutton pies served by an innkeeper called Christopher Catt at his tavern in Shire Lane, London (where the Club first met). 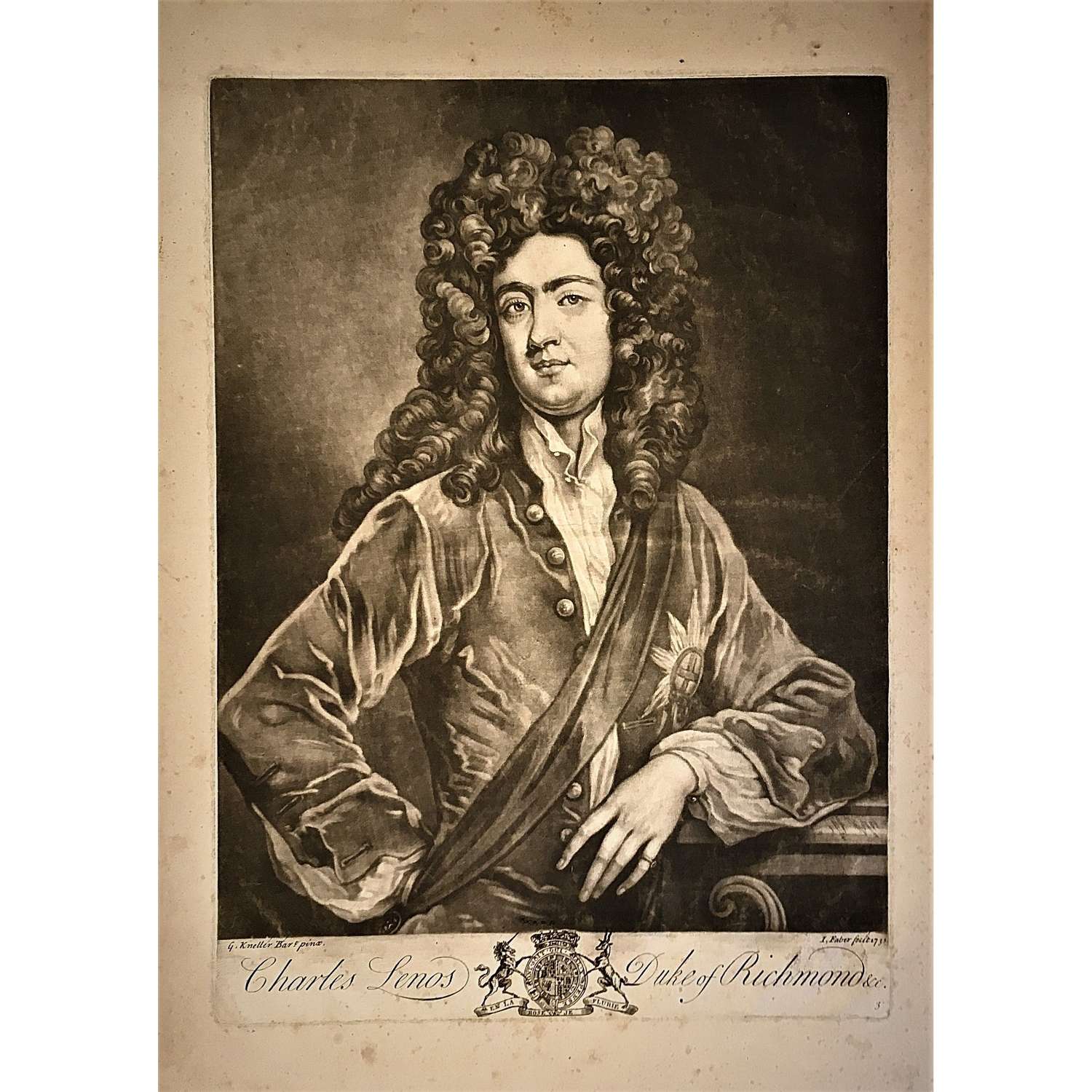 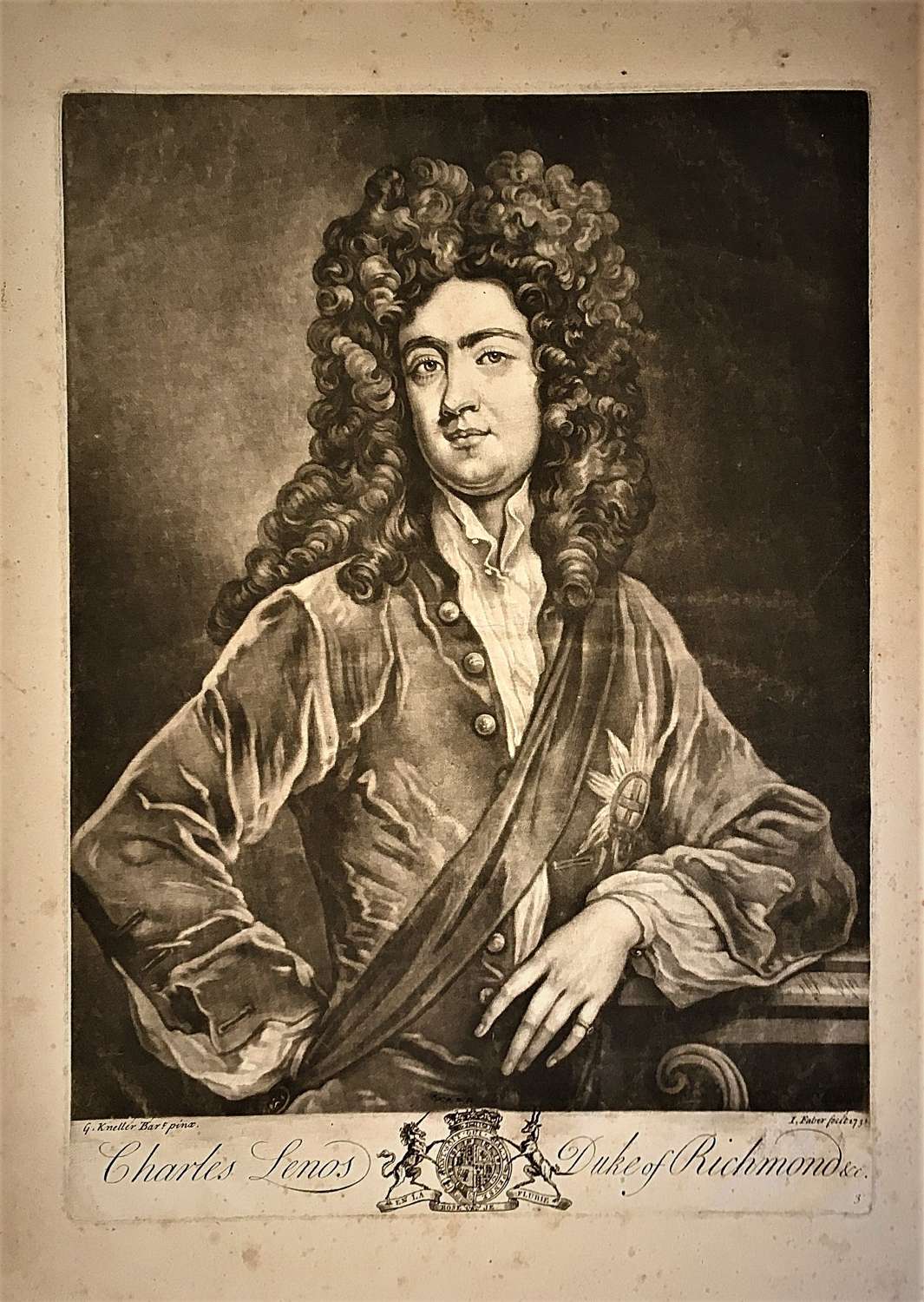