This stage adaptation by Helen Jerome of Jane Austen’s Pride and Prejudice, was one of the first major dramatizations of this beloved regency novel. Presented by the American theatrical producers Gilbert Miller and Max Gordon, the British premier took place at the St. James's Theatre in London [now demolished] on 27 February 1936. The part of Elizabeth Bennet was played by Celia Johnson, with Hugh Williams as Mr. Darcy and Anthony Quayle as Mr. Wickham.

The entire production was designed by Rex Whistler: costumes, scenary, programme and publicity. The sets and costumes were sumptuous and painstakingly researched (one reviewer even commented how one of the hats designed by Rex Whistler was in danger of stealing a scene). The cover of the programme here, so typical of Whistler's refined designs, is a lesson in lyrical colour and a brilliant homage to the book designs and delicate wash-line mounted watercolours of the early 19th Century. 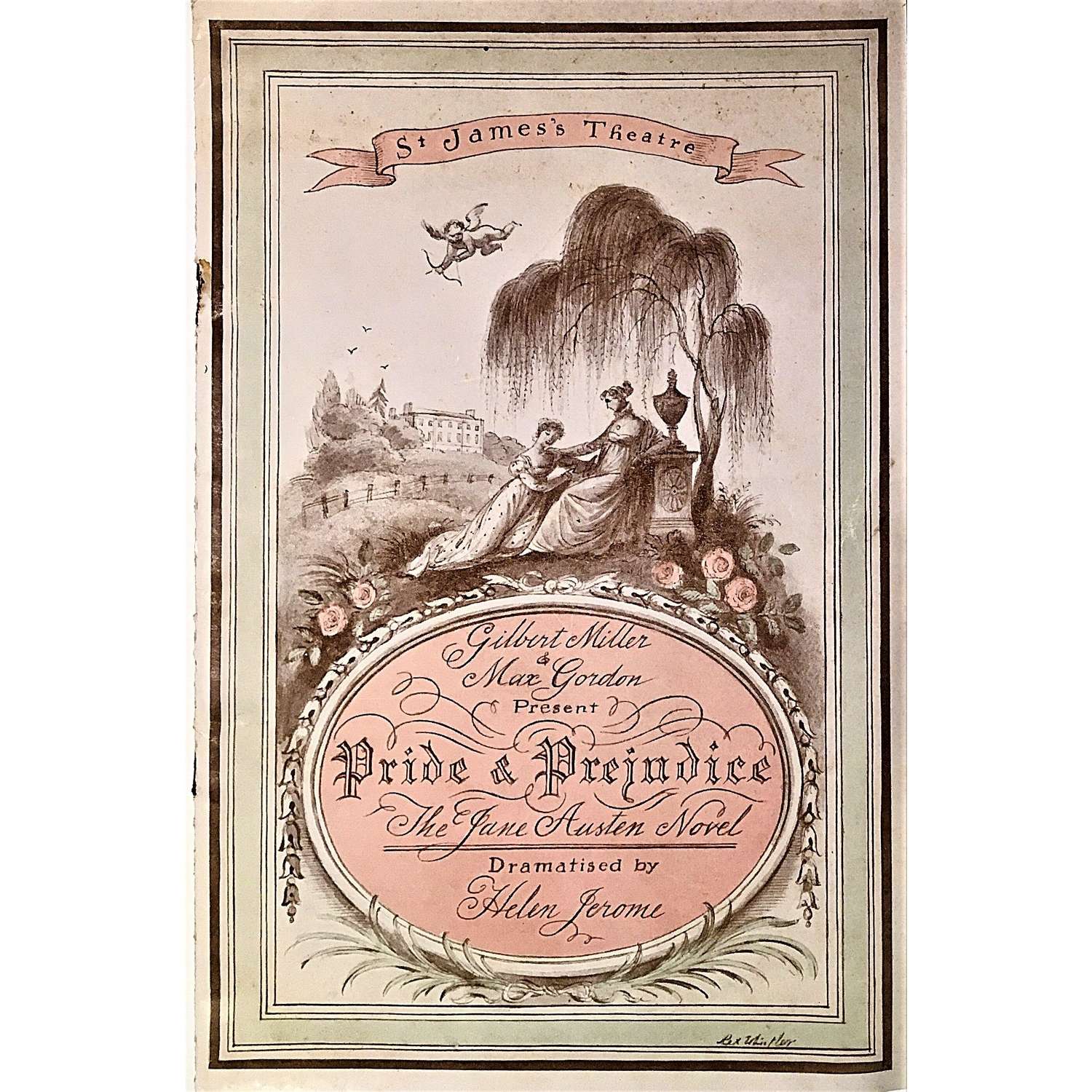 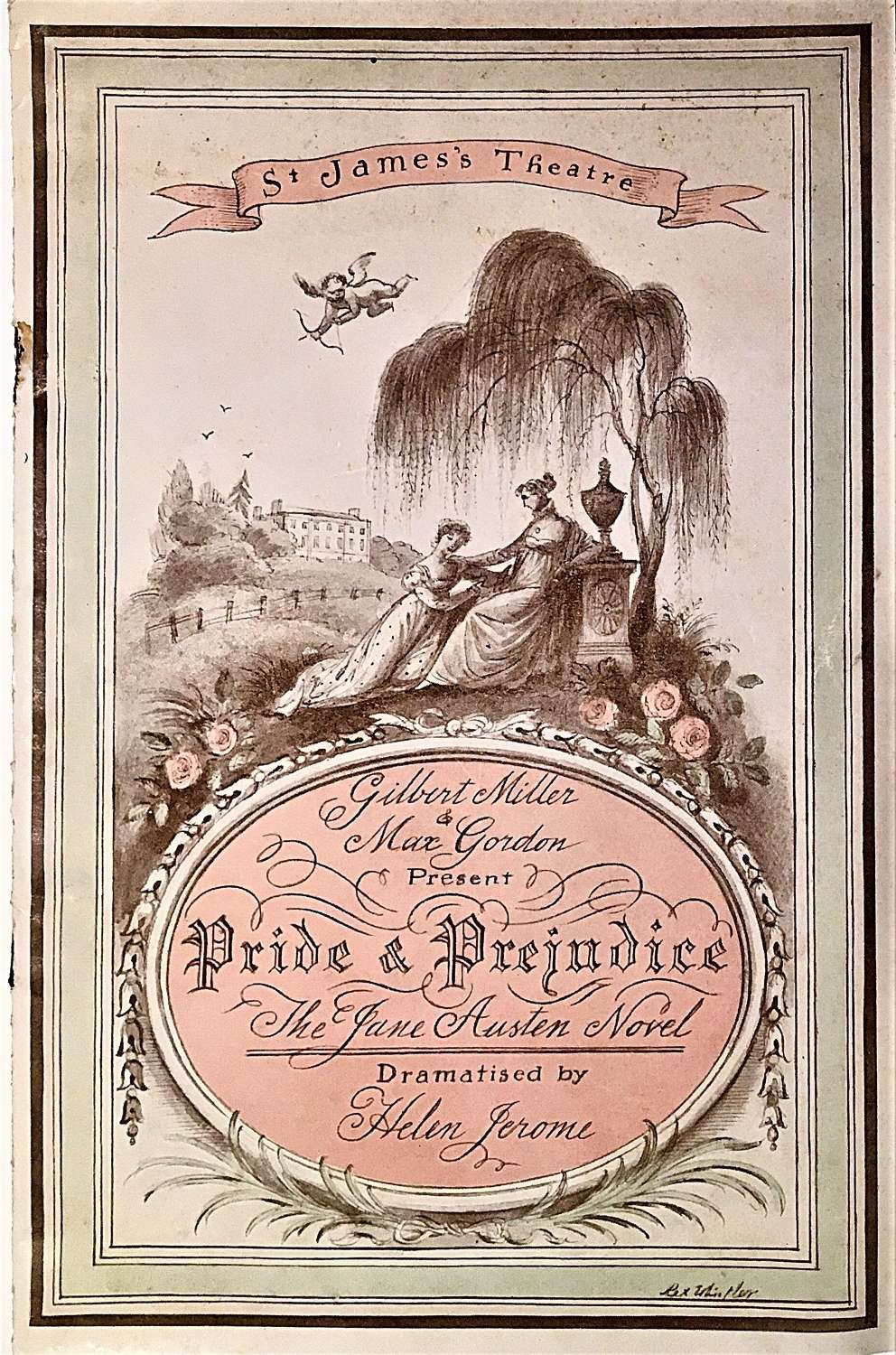