"Shakespeare Nursed by Tragedy and Comedy"

Image of a young infant sitting up naked in a Moses basket, being attended by two female characters beneath a tree in a rustic setting. They are presenting the child with a toy instrument (a medieval shawm or similar); nourishment of fruit and a bowl of milk are on the ground. Lettered beneath the image lower left "Painted by Geo. Romney Esqr.", lower right "Engraved by B. Smith" with the title Shakespeare / Nursed by Tragedy and Comedy" / "Engraved from the Original Painting in the possession of Francis Newbery Esqr." and publication line: "London Pub Decr. 1st, 1803 by J & J Boydell, at the Shakespeare Gallery, Pall Mall & No. 90 Cheapside".

The image represents the genius of Shakespeare depicted as a baby, oblivious to the legacy and entertainment that he will leave behind, being nursed by the Muses of Comedy (a portrait of Emma Hamilton), looking smilingly at the viewer and Tragedy (represented as a portrait of Sarah Siddons), seen in profile with an ernest face. The image appeared as the frontispiece to the folio of Shakespeare Gallery images, published by the Boydells. Romney's original oil painting, which formed the basis of this print, is now at now at Petworth House.

Presented in 'country house' condition in what what is probably its original Hogarth frame, with hand-blown glass. The print had been attractively toned by two centuries of ageing. 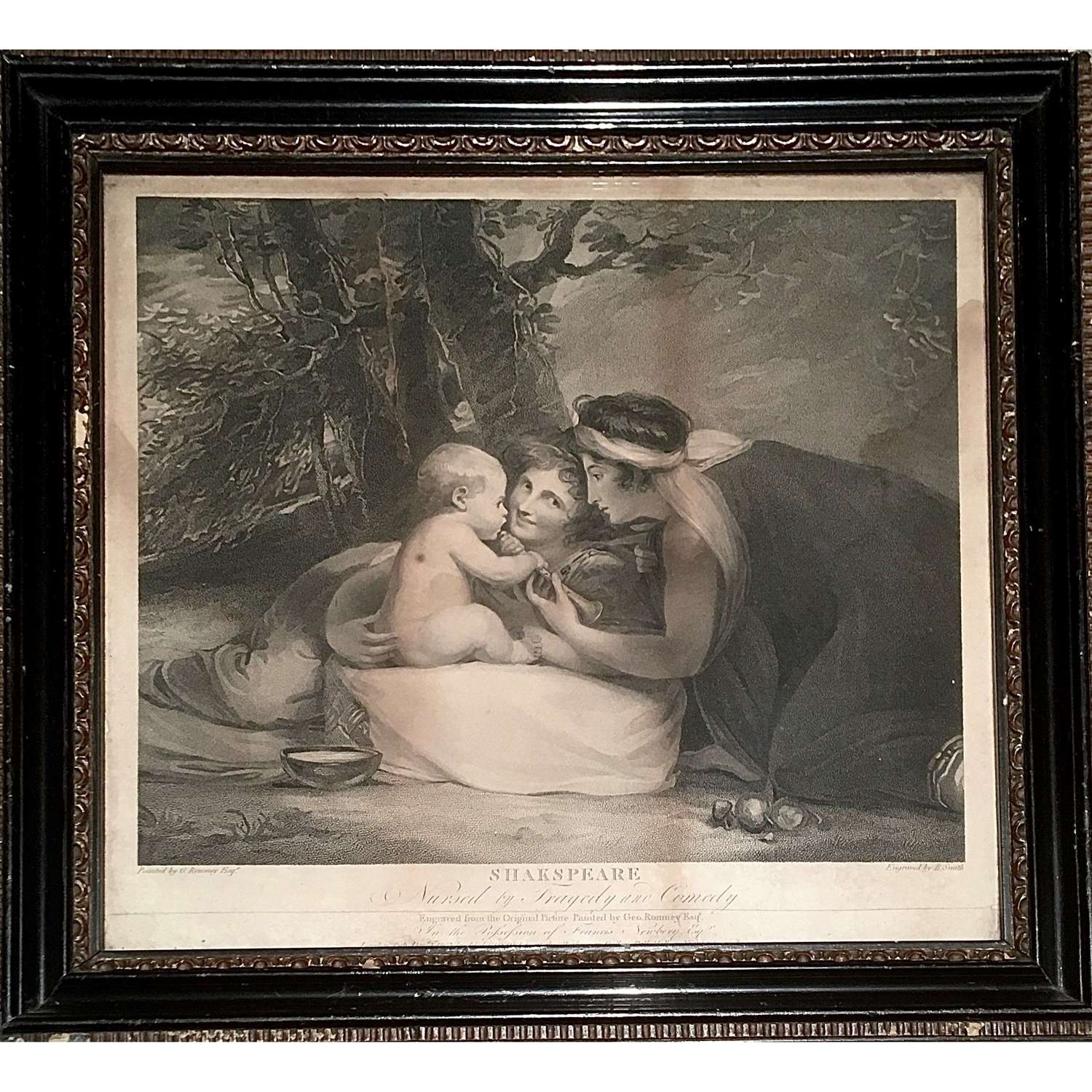 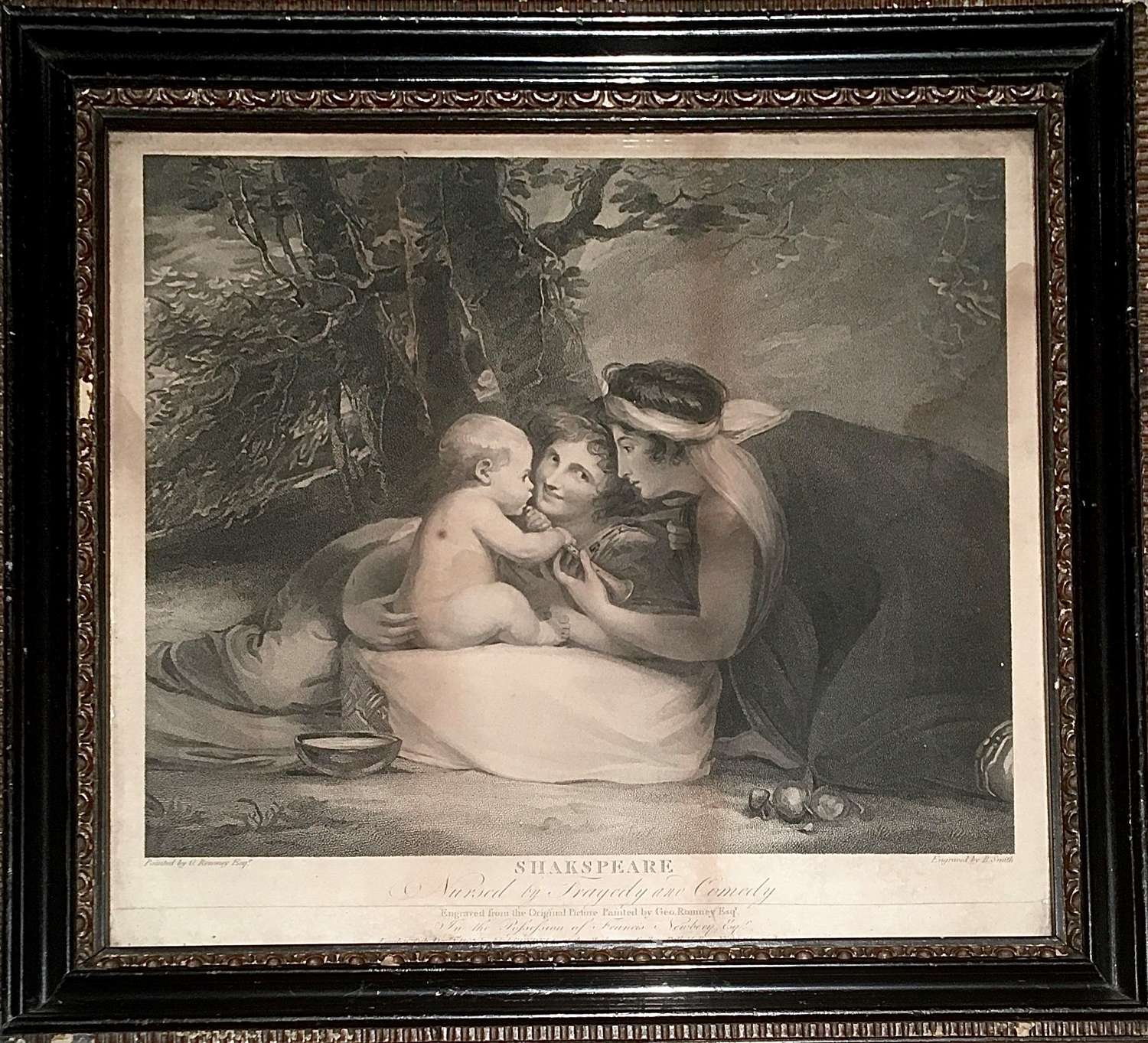 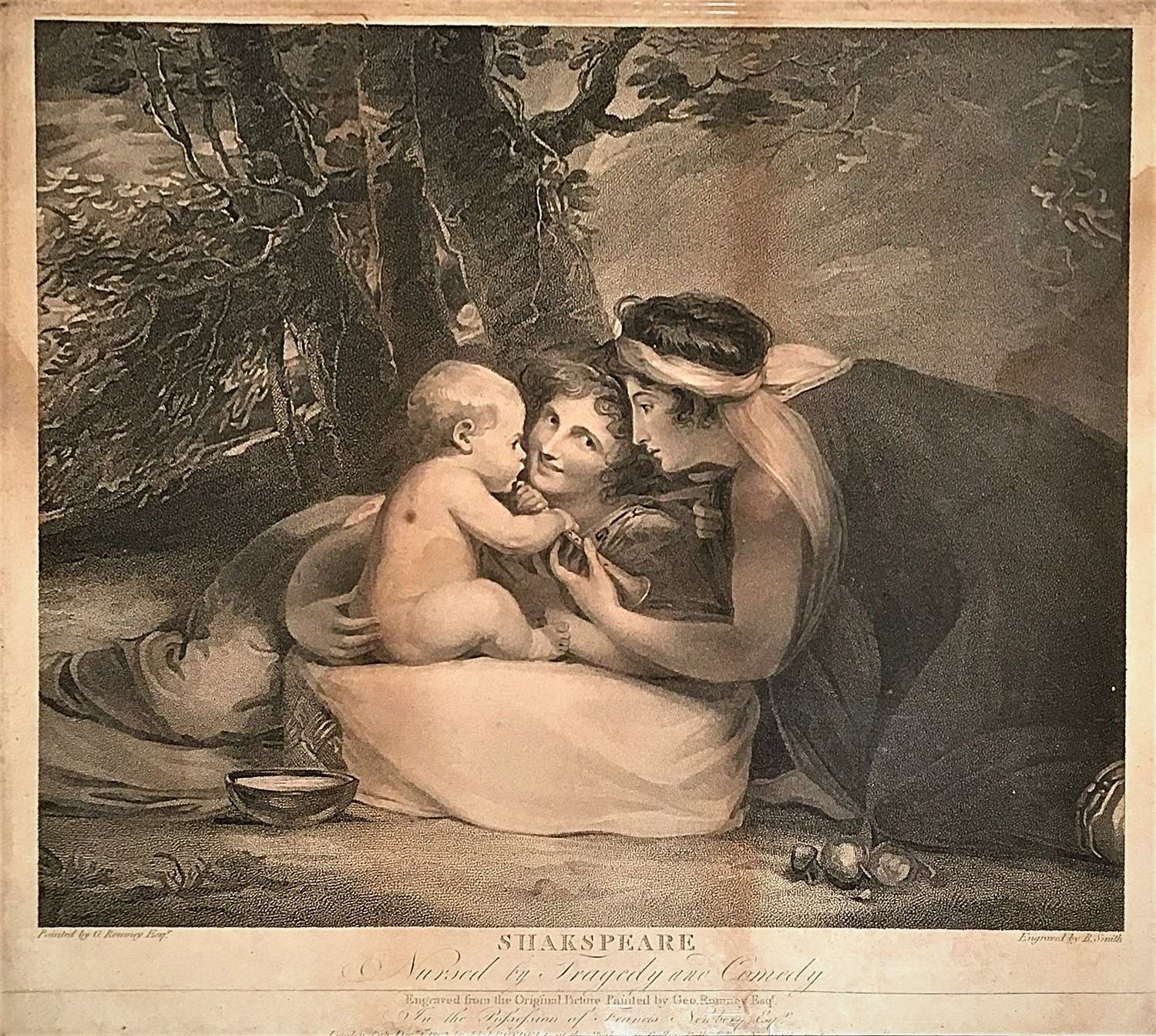