Extremely Rare, possibly unique: neither the "WorldCat" catalogue nor the Copac/JISC "Library Hub Discover" database identify any other copy of this print in any institutional collection.

Mezzotint with hand colouring depicting a young boy wearing a fashionable 'Vandyke' suit, shouldering a musket, a pillar and extensive landscape beyond. Lettered beneath the image "Painted and Engraved by W.Redmore" / "KING and CONSTITUTION" / "Published as the Act directs, Jany. 1st.1793 by I Manson No.2 Maiden Lane, Covent Garden." The image apparently engraved by W. Redmore Bigg himself, though the lettering probably undertaken by a specialist engraver, hence the artist's name is shortened.

This print appears to be unique: a progress proof of the central figure is held by the British Museum [1870,0625.1154] but the authority of an old manuscript note on that print was inconclusive until the recent emergence of this published version. The note on the BM proof reads "unfinished, finished state has / landscape background / after Bigg (RA 1784 No 27 / 'Young Gentleman')". The discovery of the published print here provides conclusive proof of the artist, other details of the publication and the picture's title. This is the only known engraving by William Redmore Bigg himself; his work was normally engraved by third parties such as William Ward, A.R.A. (1766–1826).

Bigg's depiction of the youthful boy in a fashionable silk 'Vandyke' suit is probably an homage to Thomas Gainsborough's paintings of boys wearing such clothing (such as the famous "Blue Boy" (Huntington Library, San Marino, California)), as well as to Sir Anthony van Dyck himself. The title "King and Constitution", and the emotive subject of a youth shouldering arms, suggest that Bigg was aiming to encourage the preparedness of British youth to fight for all they held dear and for them to stand as firm and upright as the pillar depicted, to defend the nation from the looming threats posed by the impending decaration of a French Revolutionary War (France's new Rebublic formally declared war on Britain on 1 February 1793). This is underlined by the storm which is approaching in the landscape, the wind from which is blowing the youth's hair. The scarlet garb of the child may also be an allusion to the British infantry's "Redcoats". When seen in this context, with its explicitly patriotic title, Bigg's picture becomes a metaphorical "call to arms". 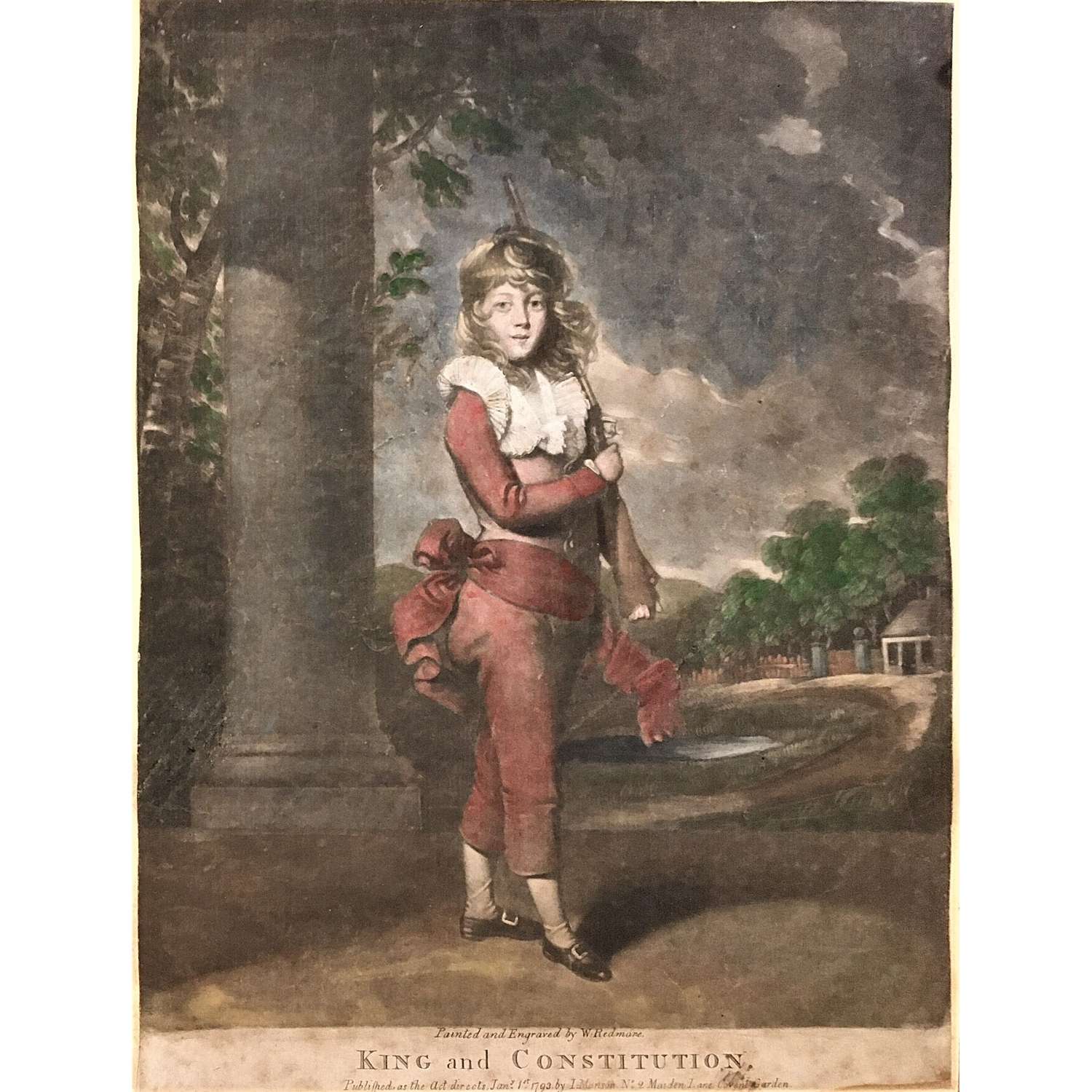 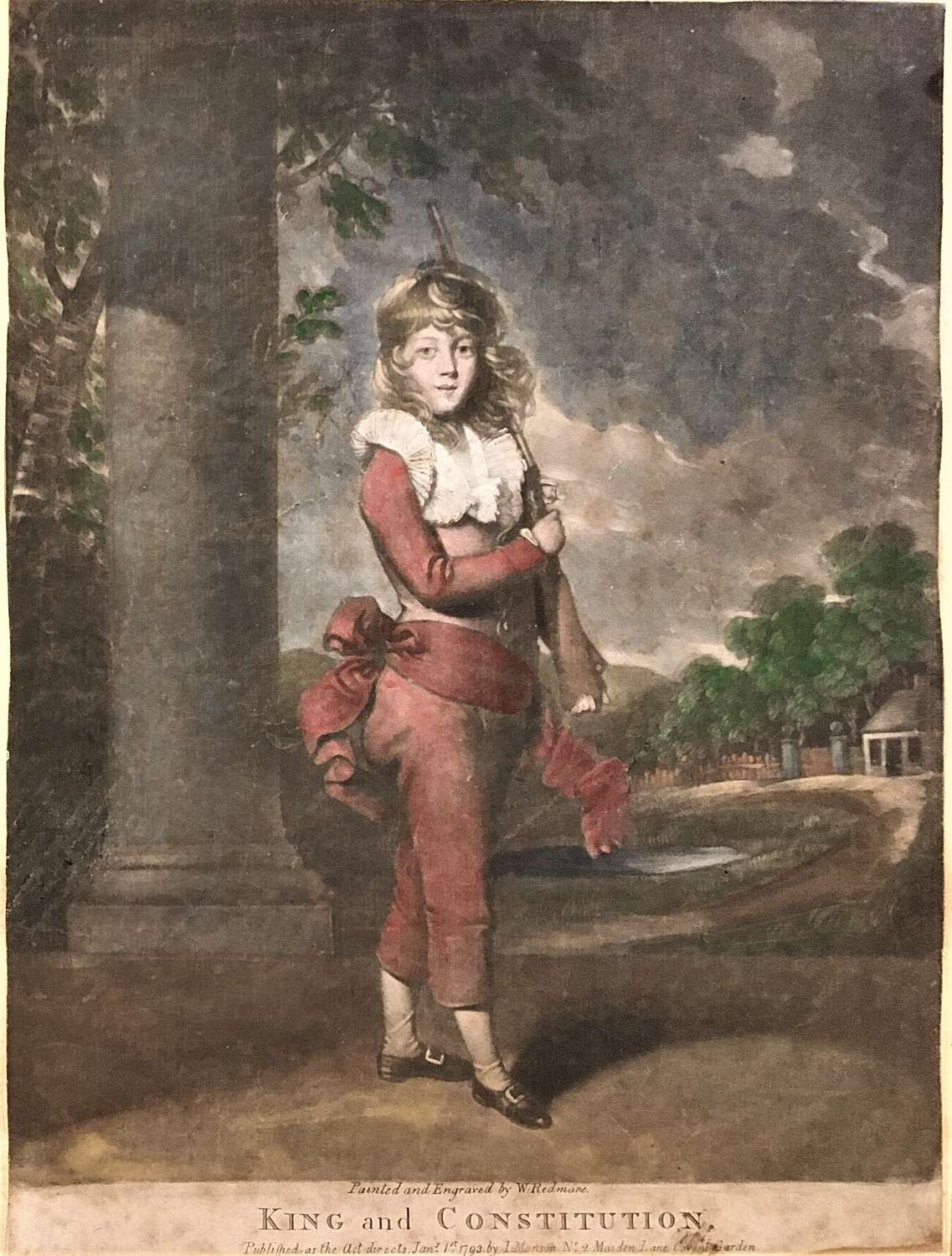